With a population of around 4.7 million, Jeddah on the eastern shore of the Red Sea is a modern city known as the kingdom's most "liberal," but it's thought to have been founded in 115 BCE, and it truly began to blossom in the 7th century CE both as a major port for Indian Ocean trade routes and the gateway for Muslim pilgrims to Mecca who arrived by sea. So it still preserves its historic side (some parts restored/well preserved, others more ramshackle), which is listed as a UNESCO World Heritage Site. 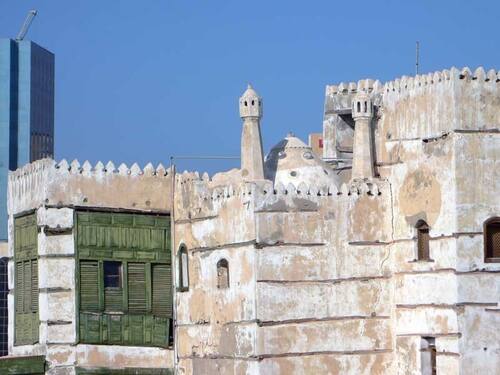