Hanging from a cliff in Wadi Quelt, near Jericho in the eastern West Bank,  the history of this monastery dates back to the Byzantine era around 500 CE. Destroyed and rebuilt at least twice (most recently at the end of the 19th century), it's run today by Greek Orthodox monks and open to both pilgrims and visitors, who reach it via a footbridge across the wadi (believed by many to be the "valley of the shadow of death" meantioned in the bible). 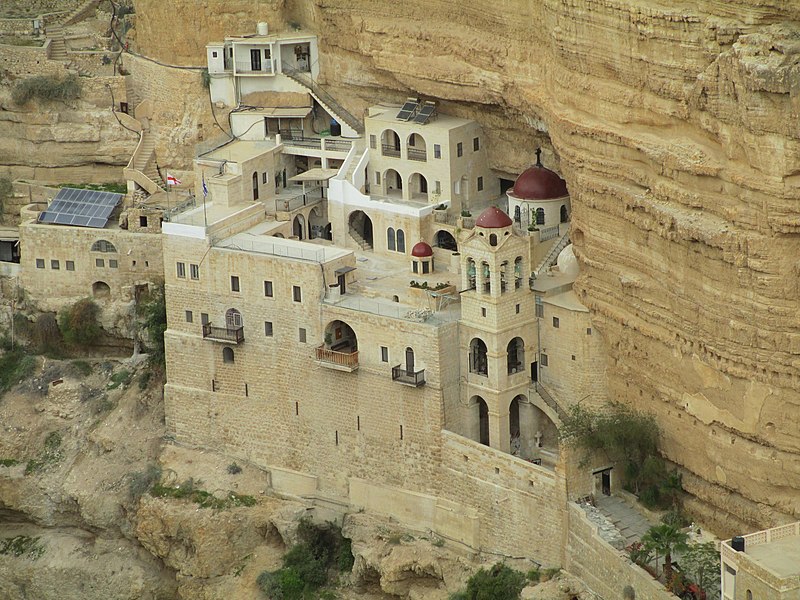