Built in the 3rd century during Roman imperial rule, this is one of the icons of the ancient ruins of Palmyra, a UNESCO World Heritage Site whose recorded history stretches back to the second millennium BCE. The arch was among the landmarks destroyed by the barbaric Daesh (aka Isis/Islamic State) in 2015 and has since November 2021 been undergoing reconstruction with its original stones. 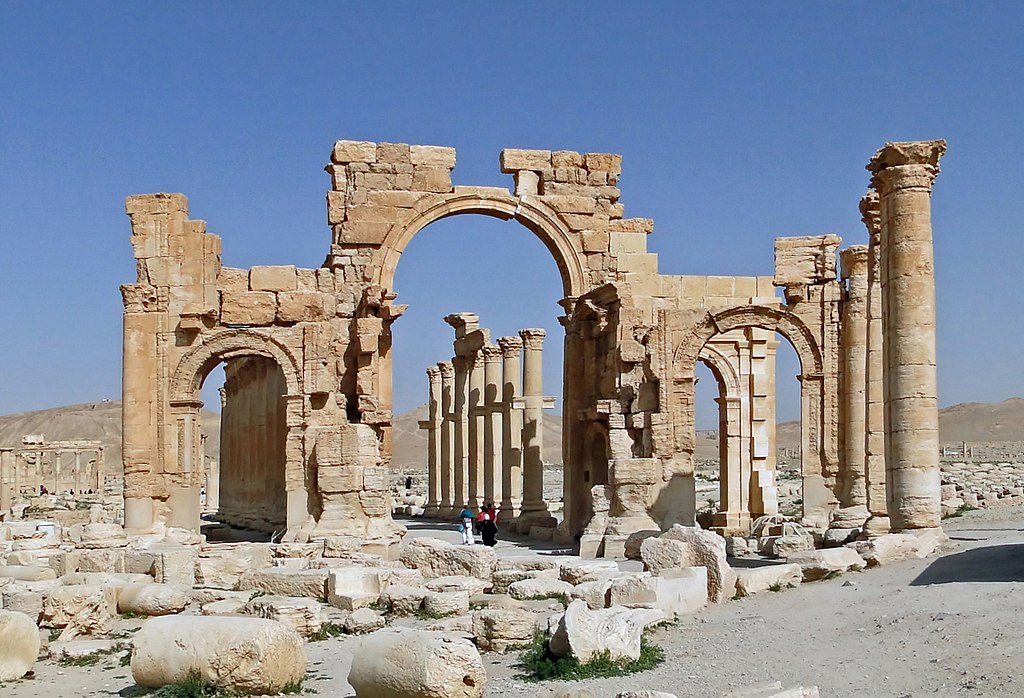