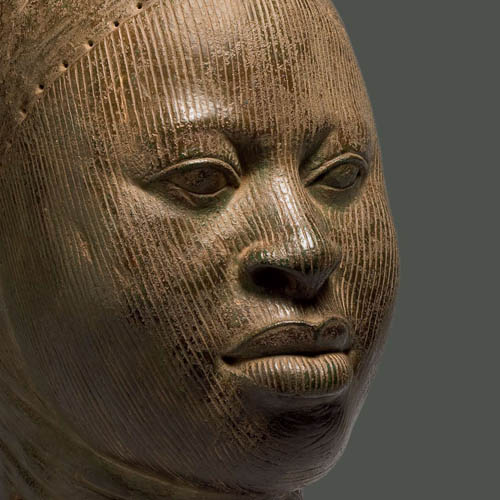 When German archaeologist Leo Frobenius first discovered beautiful terracotta sculptures and copper cast head pieces in Nigeria in 1910, he proclaimed that he had discovered Plato’s lost city of Atlantis. European attitudes were so negative to African abilities that he reasoned that the artworks must be the work of foreign settlers, inconceivable to be created by African hands.

Eventually as more works surfaced through further discoveries, explorers began to change their attitudes. The Western world was amazed by their level of detail and quality, so much so in fact that when the exhibition was first opened to the public in the British Museum back in 1948 the London News praised the artworks as "Mysterious Ife Bronze Heads: African art worthy to rank with the finest works of Italy and Greece." Having visited the Kingdom of Ife exhibition at the British Museum last weekend I would have to agree!

This collection has been two years in the making with collaboration between the British Museum, the Museum for African Art, and the Fundación Marcelino Botín in Santander, Spain, and all made possible by Nigeria's National Commission for Museums and Monuments. It is the first time many of these works have been seen outside Nigeria, and most of the near one hundred objects are on loan from museums in Lagos and Ife. Before shipping the artefacts to London, the British Museum sent a team to Nigeria to train local museum staff in packing objects for loans, installing exhibitions and conservation.

The large range of artefacts on display is breath-taking and the collection shows the complexity and mystery of the Kingdom of Ife, a rich and powerful West African city-state in what is now south-west Nigeria.

The origins of Ife can be traced back to 800AD, the heartland of the Yoruba people and grew due to trade links in the 12th to 15th century. The kingdom fell into decline when other city states like Benin emerged. The artworks give an amazing cross section of Ife society; including royalty, slaves, warriors and the sick. Many of the masks have facial markings created by facial striations or in some cases the mask had raised welts created using blister beetles. Cantharidin from these beetles is a poisonous chemical causing blistering of the skin, a practice so painful that it had to be abandoned. Another sculpture that really stood out was that of a man suffering from testicle elephantiasis who had probably travelled to Ife to be cured.

However, the sculptures that are most likely to capture the imagination of the visiting public are the magnificent copper heads that depict Ife royalty. Many of these heads were worn in ceremonies even though some of them weigh up to 9kg! The process used to create the copper and brass sculpture is called lost-wax. Check out this video to see how it’s done, an amazing and skilful technique.

The £8 entry fee was worth every penny and I would recommend the exhibition to anyone. This is another example of a renewed interest in West African culture as outlined in Thomas’ previous blog. I for one cannot wait for the summer in the UK and the festival listings that are sure to feature many great West African musicians.

Kingdom of Ife is at the British Museum, Great Russell Street, London, until June 6th.