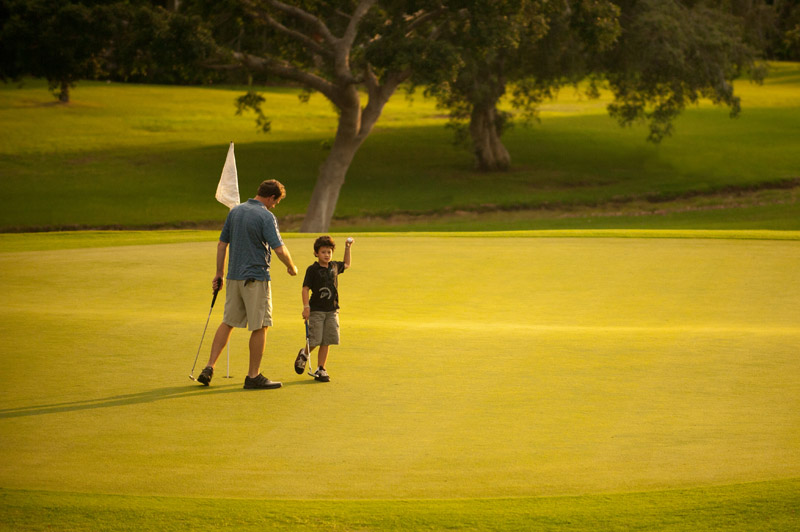 
If dad (and/or mom) want to combine a family vacation with some great golfing, there are a few destinations which offer both top-notch links and a wide menu of other attractions that will appeal to the kids. So everybody's happy - after all, shouldn't that be the whole point of traveling as a family? Here among hundreds of choices across the world I offer you eight of my favorites where family travel dovetails nicely with golf travel - see if you agree, and if you think I've left any out, please let me know in the comments! 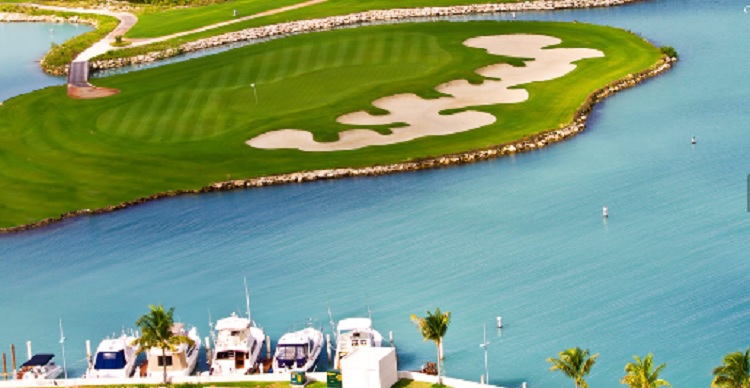 Cancun and the Riviera Maya (then the Costa Maya) coast, on the Yucatan Peninsula stretching three or so hours south to the Panama border have for some time now been among the world's most popular destinations because they offer a bevy of attractions appealing to families, including beautiful beaches; exciting adventure and ecotourism; and a wide, appealing menu of shopping, dining, and entertainment options. And for families in which mom and dad (and hey, maybe even their teenagers) are avid golfers, some 15 world-class courses add to the appeal. Two of the best: Enjoying a temperate climate allowing year-round play, the nearly three dozen top-quality courses of Spain's northeastern autonomous community are especially notably for their picturesque settings and views, whether in the resort areas along the Costa Brava and Costa Daurada, up near the Pyrenees Mountains, or quite near Barcelona city. In addition to being beautiful, all these courses are cutting edge and environmentally friendly. Top choices include the Real Club de Golf el Prat, the Club de Golf Llavaneras, the Club de Golf Terramar (above), the Club de Golf d'Aro Mas Nou, and the Club de Golf Vallromanes (on whose grounds is a beautiful restored 18th-century mansion called Torre Tavernera, with an excellent restaurant serving Catalan and international cuisine). 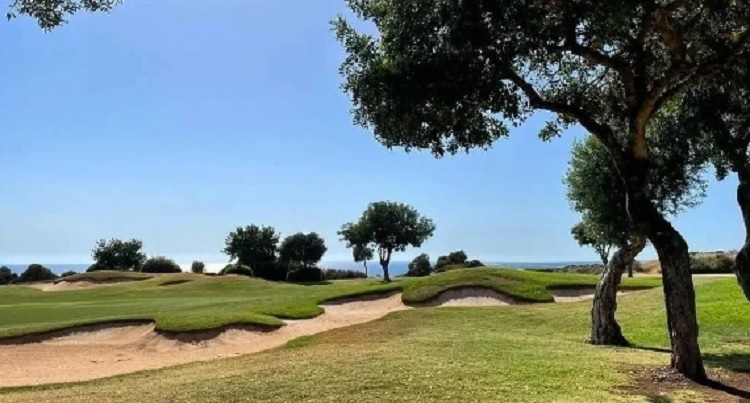 The Greek southern ⅔ of this Mediterranean island is home to four links, Aphrodite Hills (above), Elea Estate, Minthis Hills, and Secret Valley - which often host golf tournaments - and the city of Paphos on its southwest coast (and according to ancient Greek mythology the birthplace of the goddess of love Aphrodite) makes a great base for both swinging a club with a panoply of lodging and dining at all price points. But it also offers many other pleasures for the whole fam, such as touring the medieval old town and ancient Hellenic archaeological sites, visiting wineries, and enjoying fantastic swimming and water sports at beaches like Coral Bay, Latchi, Vardas, and Vrisoudia. It's also an easy drive to other appealing island destinations like Lemesos, Lefkosia, and capital Larnaka. The climate is especially good for golfing from October to March.

Along with its fabled beaches, adventure/eco activities, and capital Santo Domingo with the Americas' oldest historic old town, the DR is a golfing powerhouse, with more than a hundred world-class links rated the best in the Caribbean and even the whole of Latin America. Many were designed by the world's top pros and architects, such as Robert Trent Jones Sr., Greg Norman, Jack Nicklaus, Pete Dye, Gary Player, Tom Fazio, and Nick Price, and in addition the country has been a stalwart on the PGA tour since the 1970s. You'll find fantastic options in virtually all the major resort areas, including Puerto Plata, Punta Cana/Bávaro, Juan Dolio, and La Romana. Three which especially stand out: With more than 70 courses throughout six islands, Hawaii is golf heaven both because of its balmy weather, its challenging links with first-class club service, and in many cases its stunning settings, including beautiful mountains, deep blue Pacific Ocean, and occasionally a spectacular waterfall or two. Top spots include Oahu's Royal Hawaiian Golf Club, Hawaii Kai Golf Course, and Ewa Beach Golf Club, and Ko Olina Golf Club (top). And of course we don't need to tell you these islands are also a paradise for family travel with its beaches, adventure/ecotourism, entertainment options, and dining to appeal to all tastes and wallets.


You sure wouldn't expect this beautiful, mostly unspoiled African country out in the Indian Ocean as a golfing destination, but the sport has a long history here, reaching back to the 19th century; annually hosts world-class tournaments; and today is home to eight high-quality 18-hole greens and five with nine holes. Top choices include Four Seasons Resort Mauritius at Anahita, The Legend (aka Belle Mare), and Heritage Golf Club. Off the links, for families interested in beaches and ecotourism, this island is a virtual paradise. 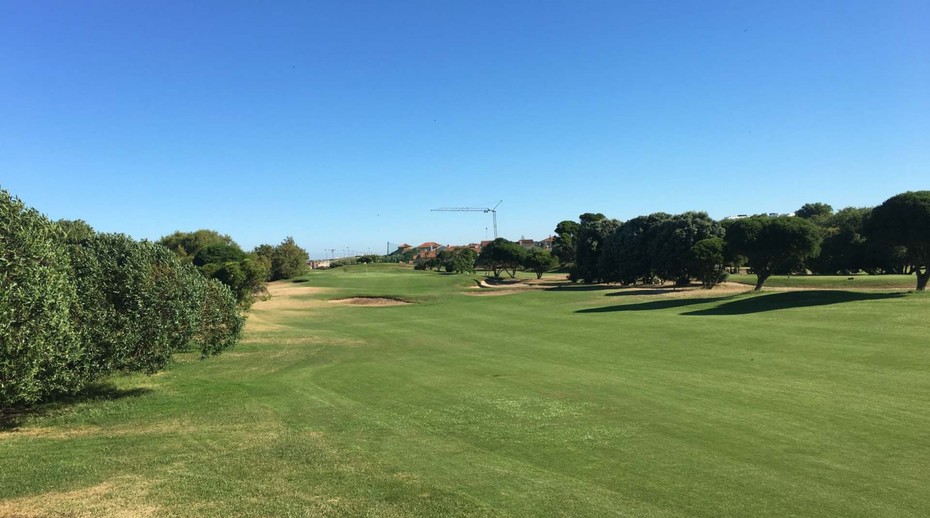 Golfing is muito popular in this country, especially in its most popular region for holidaymakers, the Algarve in the south. But we also love this northern city, with several fine options from the ocean shore to mountain settings. The most venerable is the 18-hole, par-71 Oporto Golf Club next to the beach in the resort town of Espinho, a 20-minute drive from Porto; this is one of the oldest courses in the entire world, founded in 1890 by British port wine producers. Other excellent nearby choices include Quinto do Fojo, part of a beautiful walled property in Vila Nova da Gaia, right across the Douro River from Porto (though it's small, with just six holes); and nine-hole, 88-year-old Club de Golf Miramar in the beach town of the same name just ten minutes north of Espinho (which features some tees atop sand dunes). Speaking of port wine, tours and tastings at the city's port wine houses - as well a half-hour drive east in the Douro wine country - will also appeal to mom and dad. And speaking of beaches, for the whole fam there are some swell strands along the nearby coast, not just at Espinho and Mirmamar but neighboring ones such as Matosinhos, Praia das Fuzelhas, and Praia da Granja in São Félix da Marinha. 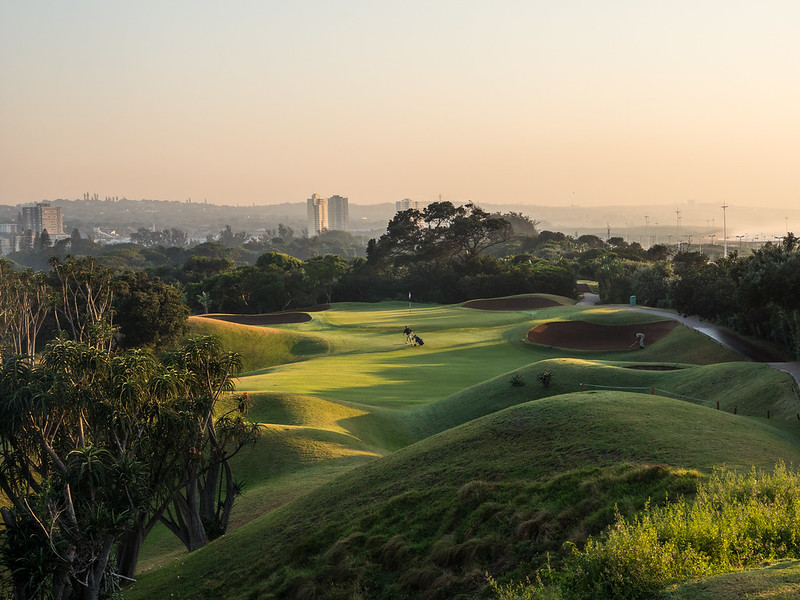 Africa's southernmost country has a long and distinguished golf pedigree reaching back to the late 19th century - and for example, the South African Open Championship is one of the world's oldest, marking one century in 2023 - and the standards and service are excellent at its more than 100 courses, with varied, perfectly groomed lawns set agains mesmerizing African landscapes. Among the very highest rated are the venerable Durban Country Club (above, est. 1920), the 22-year-old, Gary Player-designed links at Fancourt Hotel & Country Club in George on the Western Cape, and the also venerable Humewood in Port Elizabeth on the Eastern Cape. Beyond all that, it goes without saying that South Africa - with sub-Saharan Africa's best developed tourism infrastructure, a boon for those traveling with kids -  is a fantastic destination for families interested in safaris, with game reserves like Kruger National Park, as well as marvelous beaches; interesting cities (Cape Town should be on everyone's bucket list); world-class wine country such as Stellenbosch; and much more.