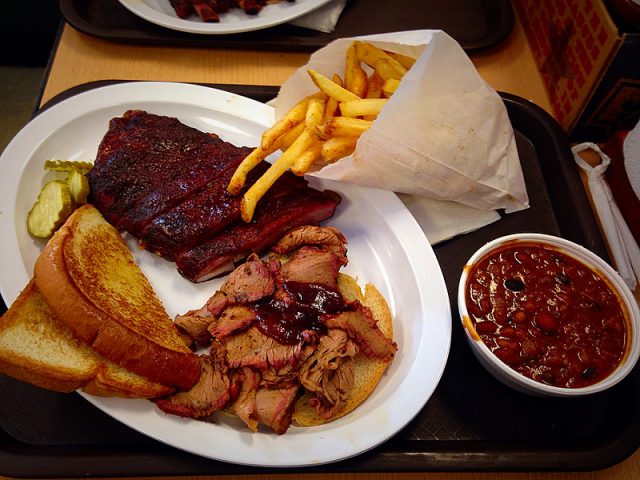 In the USA, barbecue is a year-round treat, and many regions of the country – mostly in the American South – have their own particular slant on the art of roasting, smoking, and saucing meats on a nice hot grill or in a smoker or pit. But summertime is especially barbecue time here, when BBQ cookouts are common. Here’s a quick primer of the top variations for those of you visiting soon.

In this Deep-South state, usually hickory-smoked pork (top) is served chopped, sliced, or pulled (slow cooked at low temperatures, then pulled apart), often in a sandwich, served with coleslaw and dill pickles. Barbecue sauces are similar to those favored in North and South Carolina (see below), but Alabama also boasts its own local concoction, made of mayonnaise, apple-cider vinegar, lemon juice, horseradish, salt, and cayenne and black pepper. 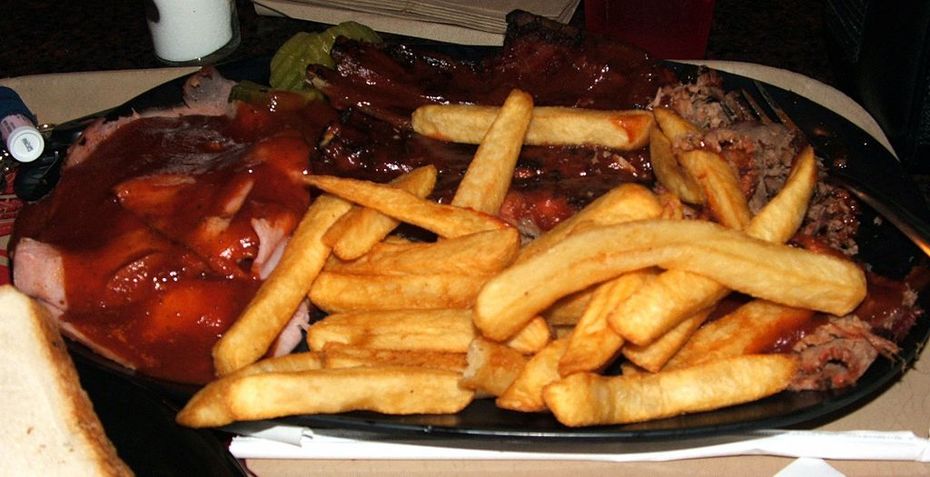 Known for its distinctive style of jazz, Missouri's largest city has also been called America's "barbecue capital", with a tradition stretching back more than a century and home to more than a hundred barbecue restaurants. In addition to pork, you'll find plenty of other hickory-smoked meats here, including beef, chicken, and sausage. And the sweet, tomatoey sauce characteristic of Kansas City has become the default BBQ sauce found in much of the USA without its own homegrown barbecue tradition. 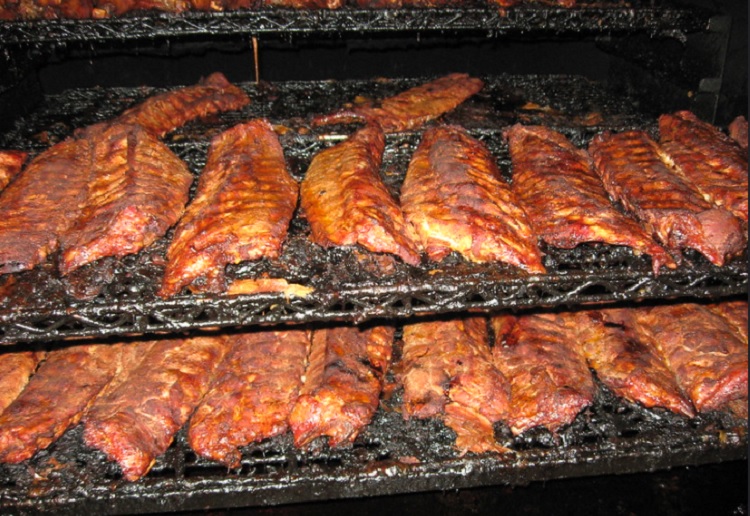 Also famous for its music - blues, soul, and the roots of rock ‘n’ roll - the Volunteer State's second largest city is also known for a traditional barbecue style that’s fairly distinctive, with a lot of slow smoking. The meat is usually pork served up as ribs (below) in one of two ways – either dry, with rubs of salt, pepper, garlic, onion powder, paprika, oregano and celery seed; or sticky, doused in a thin, tomato-and-vinegar-based sauce. 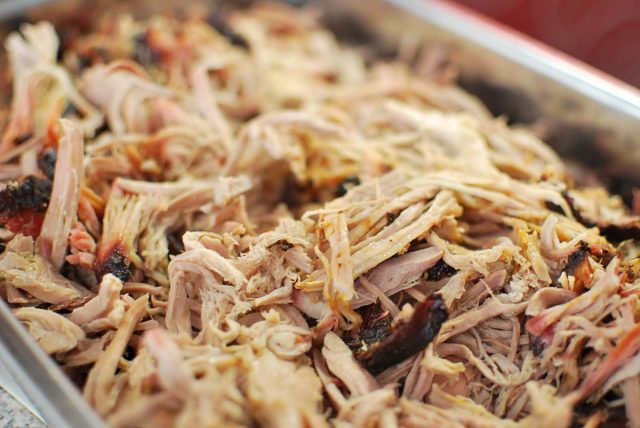 Pork is also the basis for the barbecue developed in this southern state, with two different variations in the eastern and western part of the state. In the east, it’s a bit on the dry side, with the whole hog is smoked, then the mingled white and dark meat chopped or pulled (above) and served with in a sauce made with salt, black pepper, mild vinegar, and hot peppers. Out west, the meat is from pork shoulder meat comes with a sweeter barbecue sauce, which in addition to the ingredients from the eastern variant adds tomato paste or ketchup and brown sugar, served on the side and used for dipping the meat.

Like North Carolina, its neighbor to the south also favours pork, as well as sauces that are both vinegar- and tomato-based. But South Carolinians also have their own distinctive, sweeter sauce, originating in the north of the state, using not just vinegar but yellow mustard, honey, sugar, and a mix of spices. In the USA’s largest state, cattle ranching is big, so beef is king, and brisket (from the breast or lower chest) is the preferred cut – though you will in fact also see plenty of pork, especially in the eastern areas of the state. The meat is smoked in a pit for six to 12 hours, and in the east usually chopped and served on a bun with hot sauce. In the central area of the state, it’s more often served without the bun. West Texans favour “cowboy-style” mesquite-smoked barbecue served without sauces, while south Texas areas such as the Rio Grande Valley, due to proximity with Mexico, takes a “Tex-Mex” approach, with a favorite being barbacoa de cabeza, smoking a cow’s head over mesquite or oak and serving the meat with Mexican-style tortillas and seasonings including cilantro and salsa (chopped tomatoes, onions, and jalapeño peppers).