So what has Malaga got to do with world-renowned artist Pablo Picasso? Malaga is, after all, a place on Spain's Costa del Sol more famous for beaches, historical buildings and bullfighting than say, art. Picasso, on the other hand, is a painter and sculptor who gave the modern art world Cubism and a wide variety of other avant-garde art styles. 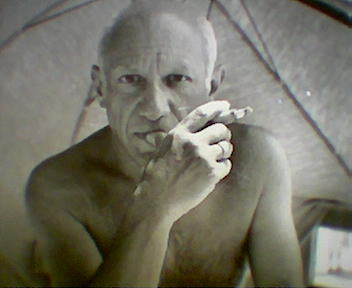 It comes as a surprise to many that not only is Malaga the birthplace of Pablo Picasso, it is also home to a plethora of Picasso-related attractions. For modern art fans, Malaga keeps the Picasso legacy alive, sharing his story with the rest of the world.

Although Pablo Picasso left Malaga at an early age, the city left an imprint on his life. The Museo Picasso Malaga aims to conserve Picasso’s work and serve as a cultural center to educate the public. It showcases an impressive permanent collection, mostly provided by relatives of the artist. You can also see fragments of Malaga’s history in the ground beneath the Picasso Museum, where Moorish, Roman and Phoenician remains, the latter as old as the seventh century B.C., are preserved.

To continue on the Picasso route through Malaga, head to the Museo Casa Natal de Picasso. This was his birthplace and family home, which has been converted into an art museum, with temporary exhibitions that include a collection of Picasso’s ceramics. Beaches in Malaga, Plus Attractions Galore

Where is Malaga? The beautiful city lies along the Costa del Sol on the Mediterranean Sea, enjoying a subtropical climate all year round. With one of the warmest temperatures in Europe, the city’s summer season lasts for eight months, making it an excellent place to relax and soak up the sun even in winter. Malaga has a city beach close to its historical center, although most of the region’s best beaches are located outside of town (check out nearby beach towns like Torremolinos, Marbella and Fuengirola for upscale hotels and good eats, but be warned, they also get rather crowded in summer).

Located in Spain's Andalusia region, Malaga makes a great base to explore surrounding nature and villages. Within one hour’s drive away is Ronda, an attractive city dramatically perched on the Tajo Canyon. Another popular daytrip option is a visit to the Alhambra, a monumental Moorish palace in Granada that draws millions each year.

This post is adapted from one that originally ran on our blog PassportToIberostar.