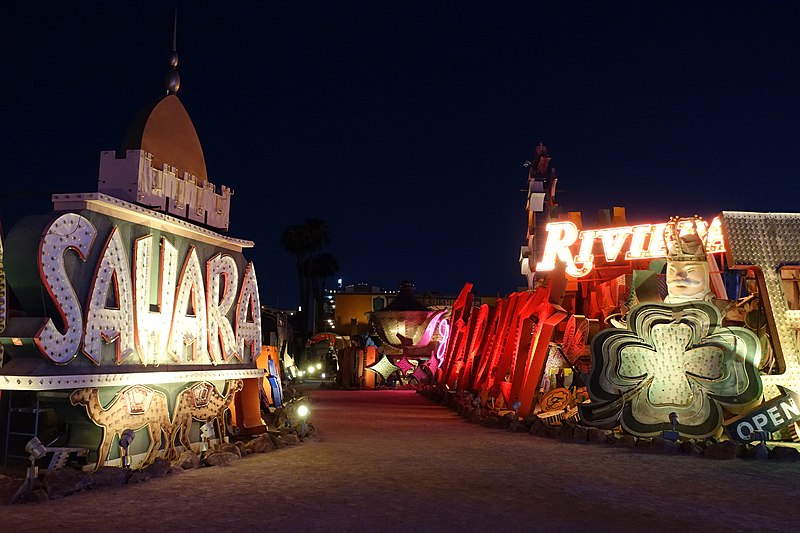 Still one of the planet’s top destinations, this flashy vision in the USA's Nevada desert is of course world-famous for its world-class casinos, shopping, shows, dining, nightlife, and attractions. But most of us wouldn’t necessarily think of “Sin City” as a place for museum mavens and culture vultures. And yet, in my visits to Las Vegas I’ve come across some pretty impressive museums indeed, along both traditional and also definitely untraditional lines. Sadly, the Liberace Museum has hung up its sequins for the moment (to be relaunched in the future, apparently), but there are plenty of others. My current top eight:

This country has no shortage of car museums, but this rotating collection on the fifth floor of the parking lot of the Linq Resort and Casino is perhaps the country’s largest and finest, with around 300 classic cars and trucks - race cars, muscle cars, military vehicles, luxury chariots, and much else – including extremely rare and even one-of-a-kind specimens. Truly an auto-enthusiast’s paradise!

Slightly risqué showgirl revues are certainly a big thing in Vegas history, and this museum off the Strip up on downtown Fremont Street celebrates the burlesque history and traditions that gave rise to them – and includes occasional shows by performers of “neo-burlesque”, which is making something of a comeback these days.

Also downtown, the brainchild of onetime mayor Oscar Goodman, a former mob attorney, one of Vegas’ newer museums (2012) pays homage to one of its current incarnation’s founding institutions (the first casino, the Flamingo, was built in 1946 by Jewish mobsters Meyer Lansky and Bugsy Siegel). Officially called the National Museum of Organized Crime and Law Enforcement, it’s housed in the 1933 former courthouse/post office, and besides excellent multimedia exhibits, preserves the old courthouse, which among other things was the site of local Congressional mafia hearings in the 1950s.

Since the end of the Cold War, nuclear weapons haven’t had the prominence in the public imagination they used to. Probably unjustifiably so, given today’s world instability and the potential of loose nukes. So this museum, located a few minutes drive east of the Las Vegas Strip (the main casino row) on Flamingo Road, is an extremely worthwhile multi-media experience at the highest level (in partnership with the national museum system, the Smithsonian) that even includes the exhibition “Area 51: Myth or Reality” (which, however, is unlikely to do much to placate UFO/alien conspiracy buffs).

Bright lights, big city indeed. What could be more in tune with everyone’s idea of Vegas than neon? A few short minutes’ drive north of downtown Vegas, this six acres (2.5 hectares, top) is another 2012 addition to the city’s celebration of its heritage. The former “boneyard” of an electric sign company is home to a number of vintage icons such as the Stardust Casino, the old Caesar’s Palace, and also non-neon items such as a ginormous skull from the Treasure Island. A gleaming meander down memory lane, perhaps best visited after dark.

For those who are curious for an overview of the context of Las Vegas and the larger state of Nevada – including natural history; desert life; nuclear testing; and history of the Old West, mining and the Mob in Nevada – this museum is located on the Springs Preserve, about 15 minutes west of the Strip. The 180-acre (73-ha.) preserve is also full of plenty of other stuff to do, including desert nature walks, a botanical garden, and other shows and events.

That luxurious but doomed “ship of dreams” continues to hold the public’s imagination more than a century after its sinking, and so the band plays on for millions of visitors a year at the Luxor Hotel and Casino, with more than 300 items from the Titanic (including a big hunk o’ hull), as well as recreations of its grand staircase, staterooms, and a section of its promenade deck.