As we have always mentioned in past notes, the great city of Cusco was once the capital of the majestic empire of Tahuantinsuyo. Today, we are the heirs of a millenary culture. This is reflected not only in the archaeological complexes that have survived throughout the city and the Sacred Valley, but also by the architecture of many of its buildings that have survived and by the oral tradition that is kept alive to this day.

The Legend of the Ayar Brothers

In the past we have already told you about the legend of the Ayar Brothers as a story full of magic and mysticism. Mount Tampu Tocco was affected by a heavy flood. It is said that from the top of this place appeared four young brothers, each with his respective wife. They were: Ayar Manco and Mama Ocllo, Ayar Cachi and Mama Cora, Ayar Uchu and Mama Rahua and Ayar Auca and Mama Huaco; who together with ten "ayllus" ( Inca organization grouping 10 families) undertook a long journey in search of fertile lands where they could settle.

On the way, each brother fell until only Ayar Manco and his wife Mama Ocllo were left standing. With the passing of the years of long walks, the golden staff that the god Inti gave him managed to sink in fertile lands, place that today we know as the city of Cusco and that was how the Tahuantinsuyo was founded, which later would become the Empire of the Incas.

The Legend of Manco Capac and Mama Ocllo

Although there are different stories about the origins of the Tahuantinsuyo empire, the legend of Manco Capac and Mama Ocllo is the best known of them. In ancient times, the god Inti sent his two sons, Manco Capac and Mama Ocllo, to bring order to the anarchism that existed among the people of Cusco. The purpose of sending his sons was to undertake a campaign of teaching and learning to civilize the people.

Thus, Manco Capac and Mama Ocllo emerged from Lake Titicaca, in Puno, and began the journey through the Andean lands. The god gave them each a gold bar to bury in the places they reached and they settled in the place where it sank.

These bars ended up sinking in the Valley of Cusco, where they stayed to grow a small manor. Manco Capac and Mama Ocllo then, dedicated themselves here to teach all the crafts, techniques and other works necessary to bring the Andean people out of their primitivism.

This legend explains how we Peruvians have learned the techniques of agriculture, livestock, ceramics, textiles, culinary arts, etc. 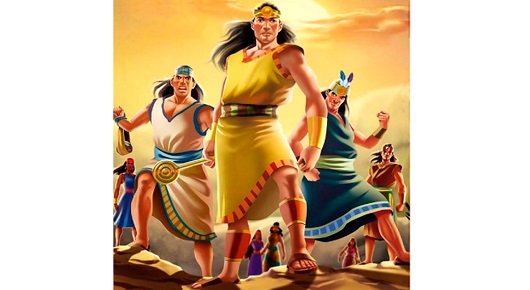 The Legend of the Condor

Legend has it that in a village in Cusco lived a man with his young daughter. Every day, an elegant young man dressed in black with a white scarf and hat went to visit his daughter to go out and play. Over time, they became very good friends as they played all kinds of games. One day, this young man decided to play at carrying her and the little girl realized that they were flying through the skies.

The young man left the girl in a niche at the edge of a ravine and transformed into a beautiful condor. During the following months, this bird took charge of caring for and raising the girl and, after a few years, she became a woman and gave birth to a beautiful boy, son of the condor. Unfortunately, the girl, now a woman, cried day and night saying that she missed her father, whom she had left behind in the village, but the condor turned a deaf ear and kept the poor woman captive.

One day, a hummingbird appeared by the niche in the ravine. When she saw it, the young woman said in tears, "Oh, my little hummingbird, my little hummingbird! Who like you? You have wings! I have no way to get down from here. A few years ago, a condor turned young man brought me here. Now I am a woman and I have given birth to his little boy". The hummingbird, moved by her crying, promised to look for her father and tell him everything that had happened so that he could go to her rescue. In response, the young girl said, "Listen to me, little hummingbird. You know my house, don't you? In my house there are hundreds of beautiful flowers, and I assure you that if you help me, all the flowers in my house will be for you!

At such a statement, the hummingbird flew to the village. He easily located his father and told him what had happened. But in order to be able to leave for the rescue, the little bird told the man that they had to take an old donkey and two toads on the rescue trip. When they reached the bottom of the ravine, they left the old donkey already dead so that the condor would be distracted by eating it. They climbed the ravine, rescued the young girl from the niche and left the two toads in place. One was larger than the other.

Once the rescue was accomplished, the young girl returned to live happily with her father in the village. As a last detail of this meticulous plan, the hummingbird went to the condor and said: "Hey, condor, you don't know the misfortune that has befallen your house! Your wife and son have turned into toads". The condor, very worried, flew away to see what had happened, but neither the young woman nor her son were inside the niche. Only two toads now inhabited their home. The bird of prey was frightened, but could do nothing.

From that moment on, the toadpecker is every day among the flowers in the young girl's house. Meanwhile, she, her son and her father live happily in the community. 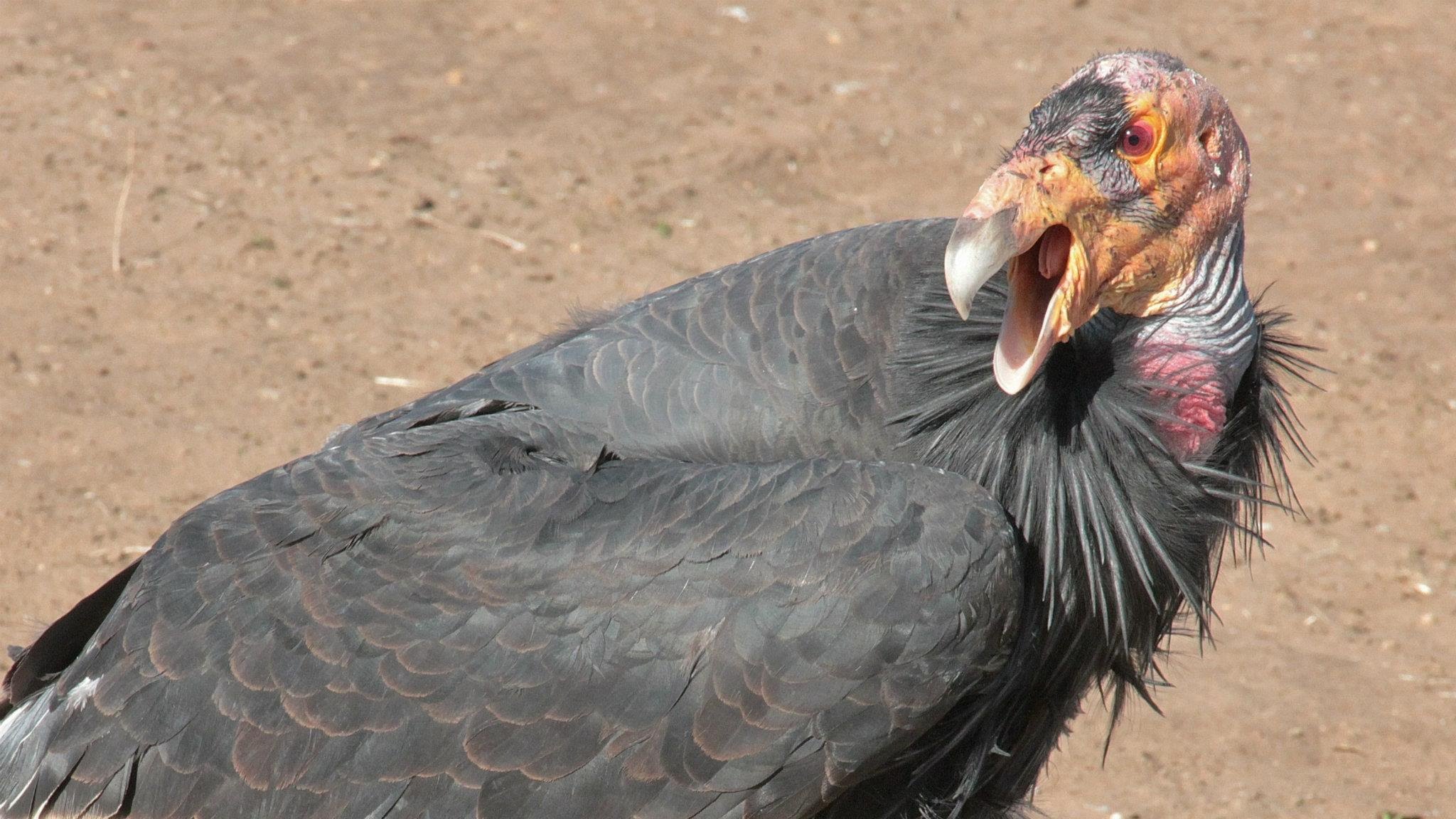 The Legend of the Treasure of Llanganates

As history tells us, in 1532, when Francisco Pizarro founded the city of San Miguel de Piura as the beginning of the conquest of the Inca empire, some time before the capture of Atahualpa in Cajamarca, the powerful emperor did not take long to notice that the Spaniards had a great appreciation for gold.

This is why the governor promised to fill a room with gold, known as the Ransom Room, in exchange for his freedom. Although Pizarro agreed to the deal, he chose not to trust the Inca emperor because of the great power of influence he had over the rest of his followers. Therefore, he did not comply with the agreement and Atahualpa's fate was death by garrote at the hands of the Spaniards in 1533. The death penalty was executed before the Cuarto del Rescate reached their hands.

Legend has it that the Inca general Rumiñahui was on his way to Cajamarca with an estimated 750 tons of gold worked for ransom, but when he learned that Atahualpa had been killed, he returned to Quito (Ecuador) and moved the treasure to the Llagantis mountain range. Once there, he found a lake and threw all the treasure away. Although he was captured, imprisoned and tortured by the Spaniards, he remained loyal to his late emperor and never revealed the location of the treasure.

The Legend of the Vision of Yupanqui

This story tells us that Tupac Yupanqui, son of the Inca Pachacutec, went to visit him in the time prior to his ascension to the throne. After some time of travel, he arrived at a fountain where he saw how a piece of glass fell into it. In this glass he saw the reflection of a man dressed as the leader of the Incas and from his head three rays of the sun were coming out.

Tupac Yupanqui, frightened, tried to run away from the place, but a voice told him not to be afraid because the vision that had been presented to him was of the god Inti. This voice also told him that he would conquer many territories and that he should always remember and make sacrifices in honor of his father, the Sun.

Some time later, Tupac Yupanqui succeeded his father as the new emperor of Tahuantinsuyo, and among the buildings he ordered to be erected, he had a statue of the Sun built just as he had been presented in that water fountain, as well as numerous temples to worship him.

If you like to learn more about the Inca culture and the millenary legacy of the Incas, we invite you to use our PeruRail Vistadome panoramic trains, buy your tickets here!