Just to hit the nail on the head, one of the best Africa tourist destinations is Tanzania. This is another region in Africa that I can comfortably describe as 'the world in summery', because in the tourism fraternity, it has all it takes for any adventurous traveler to sacrifice till the last penny for! This is the basic reason why budget travelers, luxury lodge travelers, the young, aged and any other group of travelers who get a chance of coming to Africa would always want to spare a week or so to venture deep into the Tanzania national parks and game reserves including the lakes and mount Kilimanjaro before they fly back home.

Tanzania is the leading adventure holiday destination in East Africa, lying in the southern part of the equator and bordered by Lake Malawi and Lake Victoria, which is the source of river Nile. In its western boarder lies the African deepest and longest fresh water lake, Lake Tanganyika, which also happens to be the second deepest in the world. The Indian Ocean gives it the privilege to display some of the most wonderful white sandy beaches. Apart from this, Tanzania also has both permanent and seasonal rivers Rufiji and Ruaha which together give this land the biggest surface of water masses in Africa. The topography of Tanzania is decorated with a wide variety of beautiful riverine basins and savannah grasslands. Various sizes of tropical forests and mountain ranges are such an attraction. 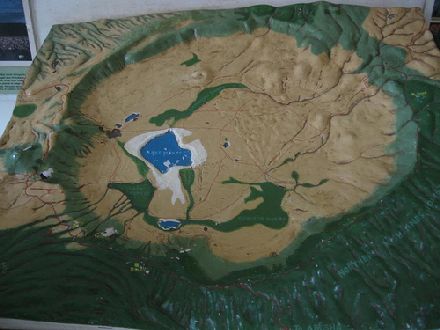 Its mangrove forests and coral reefs cannot be forgotten.

Different plants and animals that cannot be found anywhere else in the world take refuge in the large and spectacular wilderness areas that are believed to be the remains of a once wide-spread equatorial forest, that makes it one of the best destinations for birdwatching safaris too. The tribes of Tanzania are almost three times more than those of Kenya, although with Kiswahili being widely spoken and used as their national language, it is rare to encounter two or more people conversing in their ethnic languages.

Funnily enough, these many tribes prefer inhabiting just particular sections of the country: - The major concentration of the population is at the coast, the shores around Lake Victoria and the fertile soils of the northern mountains, leaving a big percentage unoccupied. No wonder twenty-five percent of the Africa's game is found here. This makes Tanzania to be the leading adventure travel destination in Africa.

To the Northern border lies the famous Serengeti plains, temporary and permanent home to millions of wildebeests, where the yearly migration either originates from or ends. During the great migration period, a lot of activities take place on this long way of up to forty kilometers. Hyenas, cheetahs, lions, leopards and even wild dogs make frequent kills as they take advantage to pounce on the sick and weak herbivores.

Lying on the floor of the Eastern Rift Valley, Lake Manyara was initially used as a hunting ground because of the abundance of its animals. It is now a famous national park with a superb birdlife. It is here that one can also see the elusive tree-climbing lions and the abundance of hippos that are seen at a closer range than anywhere else. Canoe safaris are also possible on the lake and mountain biking in mountain border areas.

Ngorongoro crater which is the largest perfect caldera in the world is situated just 18 km away from Lake Manyara. This world renowned wonderland is part of a much larger area of inter-related ecosystems consisting of beautiful crater highlands, vast stretches of places, bushes and woodlands which cover an area of 8300 square kilometers with a width of around 20 kilometers.

To the south-eastern part of Lake Manyara next to the Tarangire river lies the beautiful Trangire National Park. The animals here roam freely and it receives the highest number of wildlife concentration during the dry season. The park is also recommended for bird watching offering not less than 300 species of birds.

Have you ever heard of a number of discoveries including the skull of Zinjanthropus? All these took place at the Olduvai Gorge. It is found between the plains of Serengeti and Ngorongoro crater. This is a 50 kilometer long strip where very important fossil humanoid remains have been unearthed. Several other bones and teeth belonging to roughly 150 species have been excavated here.