Any flight that leaves at 1:20 in the morning is already doomed as far as I’m concerned.  It can only go down hill from there, especially when the airplane seat back doesn’t seem to want to recline backward.  But this one’s worse than that.  Not only do I arrive in Shanghai at six in the a.m. with seven hours until my onward connection, but I have to change airports—not terminals—to do it.  Fun fun fun.  At least I get something of a view of Shanghai in the process, though not exactly like cruising the Bund in a British double-decker bus.  Unfortunately the exchange houses in China will fleece you right there at the airport, charging you fifty yuan to change your money, so I ask him for it back.  I thought he said fifteen.  That’s almost ten bucks!  I do the ATM instead.  It can’t be any worse.

Fortunately I get to the other airport with plenty of time to spare, nothing to do but free-base caffeine and try to get my jollies in an airport that’s singularly lacking in character(s).  In a previous life I’d’ve been trying to get on an earlier flight, but that’s so verboten in the US now, that I just forget all about it, wouldn’t pay extra for it anyway.  This day’s already trashed; my only goal is to find my hotel before dark using the subway system in a city I’ve never visited using a language I don’t really know written in characters that mean little or nothing, though the character for pot-stickers looks surprisingly accurate.  Too bad I don’t eat meat…usually.  I’ll eat anything if I’m hungry enough.  Shanghai’s is the airport of the future, symbolic of their field-of-dreams mentality, their edifice complex, the notion that the world is there (and theirs) to be developed, a mall in every village, an airport for every town.  I’m not sure I like that vision; I’m pretty sure I don’t in fact.  Nature may not always be right, but probably more often than humans.  I don’t think I’ll ever lose my love of fields and streams, mountains and valley daydreams. 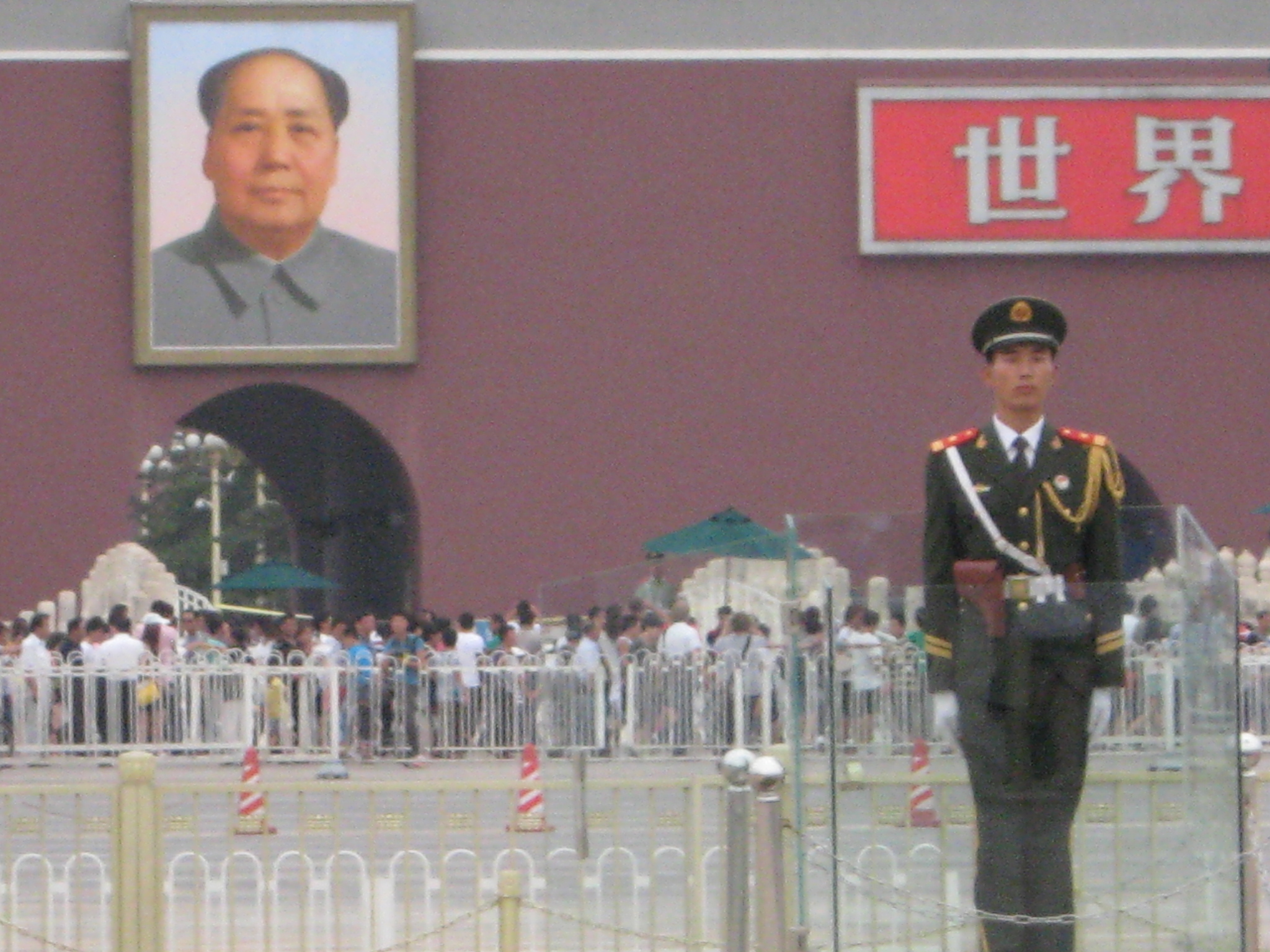 The weather is bad, so the flight is an hour late leaving Shanghai, but still I find my hotel before dark by the grace of God.  There’s a reason I book hotels close to subway stations.  I have no desire to meander down some hutong with full pack in the darkness after a long night flight.  And it’s a peach, too, the hotel, that is, $30 net with a couple bucks extra for the best breakfast I’ve had since Istanbul; and shows its influence, too, with hard-boiled eggs and plenty of salad fixin’s, not to mention forty-two different kinds of tofu, a vegetarian’s dream in cheap hotel heaven.  There’s everything but the coffee and/or tea.  I guess that has nothing to do with breakfast in China.  They do that at the office all day, or wherever whenever.  The water fountains at the airport have hot water, too; way cool.  The hotel doesn’t have Wi-Fi, but I guess a hard-wire connection will do.  Steve Jobs wouldn’t like that, though, would he?

They even confirm that there are rooms available for the extra day I want.  I just have to book through Expedia again if I want the bro’ rate.  If I pay at the desk it’ll be 25% more.  Steve Jobs probably would like that, wouldn’t he?  The first day I walk so much that my feet are mush.  Tiananmen Square and Sanlitun Village—the foreign quarter—will have to suffice.  I’ll save the Forbidden City for another day.  I can do that any half day.  The Great Wall will take a little more planning… mostly waiting actually, for the bus.  I blow off the tour companies and opt for the public bus, but that means the long lines familiar to Communism.  Ha!  That’s about the only thing left of Communism here, “Chinese characteristics” indeed!  I think they mean “Chinese characters,” i.e. in name only.  You can see the wall at many places, probably most of them better than the carnival atmosphere around nearby Badaling, but still I figure I should catch it while I can.  I’m not sure I could back-fill the logic to myself trying to explain why I went to Beijing and missed the Great Wall.  Marco Polo is still trying to explain it.  So I figure it’s worth the hour-plus wait.

It’s impressive, too, as much or more as any picture could attempt to do it justice.  I even thought about walking it, but… naah.  On the way back, though, I jump the bus line when I hear the guy yelling, “Spaces for two!”  At least I think that’s what he said.  Most Chinese travel in packs.  They yell a lot, too.  You’ve probably heard that they’re not really yelling, that’s just the tonality of the language.  That’s pure BS; they’re yelling.  In fact Beijingers are just about like any other big city residents, whether it be New York, Moscow, London, Mexico City or Jo’burg.  They’re brash and rude and loud.  It comes with the turf.  If you parachuted into one from outer space, you probably couldn’t tell it from the others… but for the writing on the wall.  Do not test these drivers’ basic humanity while crossing the street, I warn you.  Take the subways.  Line 2 is the ticket here, the loop line that circles the city, just like London, so hard to get lost.

It’s now many years since China “came out” from its self-imposed Iron Curtain, and the world’s changed almost as much as China since then.  No longer is China the butt of anybody’s jokes as it was on Seinfeld as recently as the mid-90’s.  You can’t laugh at a country that puts a man in space.  Mao hats are no longer the latest fashion, either, for tourists or locals.  I doubt that Vietnam can make the same claim.  Still there’s censorship, which means no Facebook or Twitter.  Do they know something we don’t?  I believe they made their point that economic advancement trumps political equality any day.  So why not drop the political charade and at least give people the illusion of freedom?  But no government gives that up willingly, do they?  Taiwan only gave it up to one-up the mainland, something they never did while China was genuinely Communist.  Of course, there’s no foreign TV, either, but that seems a lesser crime.  Chinese reality TV and costume dramas are not that much different from similar fare from other countries.

Fortunately at least a little bit of old China—but not much—lives on in the back alleys of Beijing.  Here you can find the best street food and the most interesting little shops.  They’re rapidly becoming upscale and fashionable, too, since the faster they disappear the more valuable the few remaining ones become.  It reminds me most of maybe the old quarter in Hanoi, with which it must share a common ancestor, if Hanoi is not a direct copy itself.  Fortunately that district is not far from where I’m staying, so it’s the best of both worlds for me.  I like it.  I’ll be back.  But first I’ve got a date with Chinggis Khan.  C U there.