The Nicoya Peninsula in the northwest region of Costa Rica in Central America is known as a “Blue Zone”. That means people here are more than twice as likely as elsewhere to reach a healthy age of at least 90 and frequently live to be over 100.

U.S. author and researcher Dan Buettner’s 2008 book, “The Blue Zones”, is written about his research with National Geographic and the world’s top longevity scientists to identify places around the world where people live measurably longer and better. After identifying five of the world’s Blue Zones, they found that people there reach age 100 at rates 10 times greater than in the United States.

The name “Blue Zones” comes from a 2004 demographic study called “Identification of a Geographic Area Characterized by Extreme Longevity in the Sardinia Island: the AKEA study” (Experimental Gerontology by Gianni Pes and Michel Poulain, among other authors). The study identified Sardinia’s Barbagia region as having a very high concentration of men over age 100. As the authors discovered more clusters of long longevity in the world, they began drawing blue circles around them on maps, referring to the areas as “Blue Zones.”

The five Blue Zones in the world are: Nicoya, Costa Rica; Okinawa, Japan; the island of Ikaria, Greece; Loma Linda, California; and the Barbagia region of Sardinia, off the western coast of Italy.

Buettner and the scientists found that the lifestyles of all Blue Zones’ residents shared nine specific characteristics, which Buettner calls “the Power 9®.” 1. Have a reason to live. Centenarians say they feel needed, with a strong sense of purpose that usually centers on their family and/or community. This helps Nicoyan elders maintain a positive outlook and active lifestyle.

2. Focus on family. Centenarians in Nicoya tend to live with or near their families; their children and grandchildren provide support and a sense of purpose and belonging. 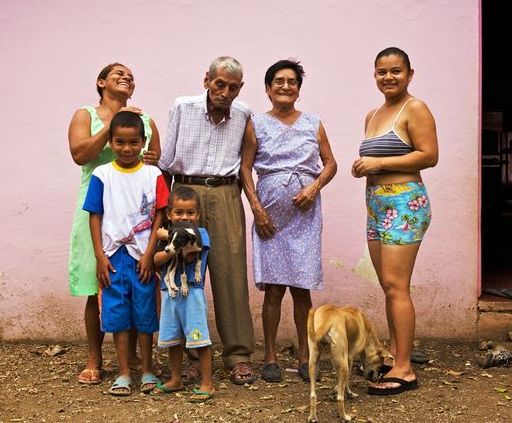 3. Maintain social networks. Nicoyan centenarians are frequently visited by friends and neighbors. They know how to listen, laugh, and appreciate what they have.

4. Work hard. Nicoyan centenarians have had a strong work ethic their whole lives, which keeps them active and healthy and contributes to their sense of purpose. 6. Healthy lifestyle. Like most Blue Zone residents in the world, Nicoyan elders eat little to no processed foods, and instead a primarily plant-based diet, especially of beans, corn and vegetables, and antioxidant-rich tropical fruit. They eat meat only a few times per week. Eating their main meal earlier in the day, and a light dinner early in the evening, is another way older Nicoyans stay healthy. Smoking is not common in Blue Zone communities. 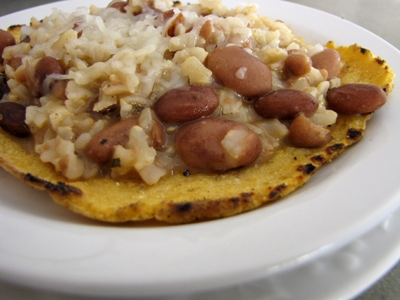 7. Drink mineral-rich water. Water on the Nicoya Peninsula has a very high calcium and magnesium content, which helps explain the region’s lower rates of heart disease, as well as stronger bones.

8. Get some sun (sensibly). Nicoyans enjoy healthy doses of daily sun, which helps their bodies produce vitamin D for strong bones and healthy body function. Getting “smart” sun exposure (about 15 minutes on your legs and arms) every day can decrease the risk for osteoporosis and heart disease, experts say.

9. Have faith. The Nicoyans’ strong belief in God and their “faith routines” help relieve stress and anxiety, and bring peace and tranquility to their lives. 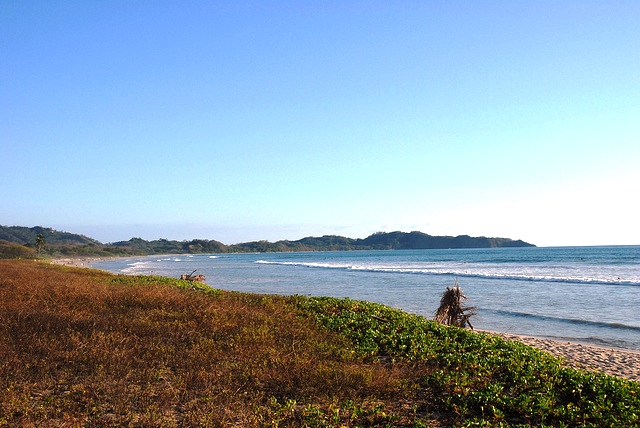 Visit the Blue Zone of the Nicoya Peninsula, Costa Rica

Enjoy a Costa Rica beach vacation in the Nicoya Peninsula Blue Zone when you stay at L'acqua Viva Resort & Spa. The intimate Costa Rica boutique hotel is located in Playa Guiones in Nosara on the Nicoya Peninsula, near the town of Nicoya. Here you can soak in healthy life in beautiful nature, with no-stress relaxing and some of the best surfing beaches in Costa Rica.