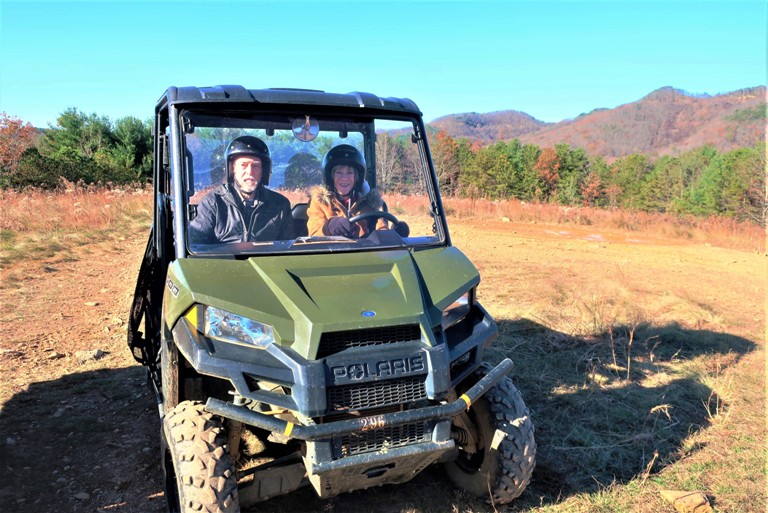 “You want me to go where?” I shouted in my mind as I barreled down a harrowingly steep embankment leading into a wall of mud -- and gravel-encased woods. I was driving – or more accurately surviving – an ATV excursion at the Primland Resort in Virginia's Blue Ridge Mountains. near the North Carolina border and an hour and a half south of the city of Roanoke.

On the hourlong ride, when I was willing to unclutch the steering wheel long enough to wave at an occasional wild turkey, pheasant, or deer (I was disappointed we didn’t see any of the black bears who sometimes show up on the tour) or look out over the magnificent countryside, I was reminded once again to take it easy on the turns. Though not for the faint of heart or heavy of foot as we bounced over rocks, dipped into ruts, careened around hairpin turns and stormed through muddy ravines, the adrenaline surge was thrilling. I had to keep reminding myself to relax my body, none of whose internal organs were where they started out before the ride. Okay, so yes, a tad nerve-wracking – but oh so much fun! 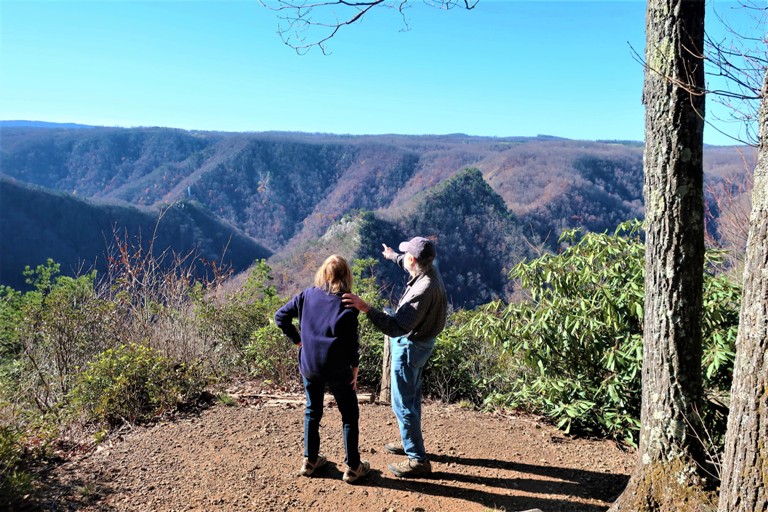 Even once I was in a real car on a real road, the driving still felt treacherous. Windy, hilly, curvy roads surveying mammoth, stunning overlooks cover the spread of nearly 19 square miles (Primland is just shy of the size of Bermuda) – and the shuttle drivers carry Dramamine with them to assuage those prone to motion sickness - not your usual hotel amenity. And a lot of driving is involved. Once you arrive at Primland, you haven’t actually arrived. It’s six miles from the north gate to the lodge; another seven to the south gate. Shuttles to the different activities felt like activities in themselves. 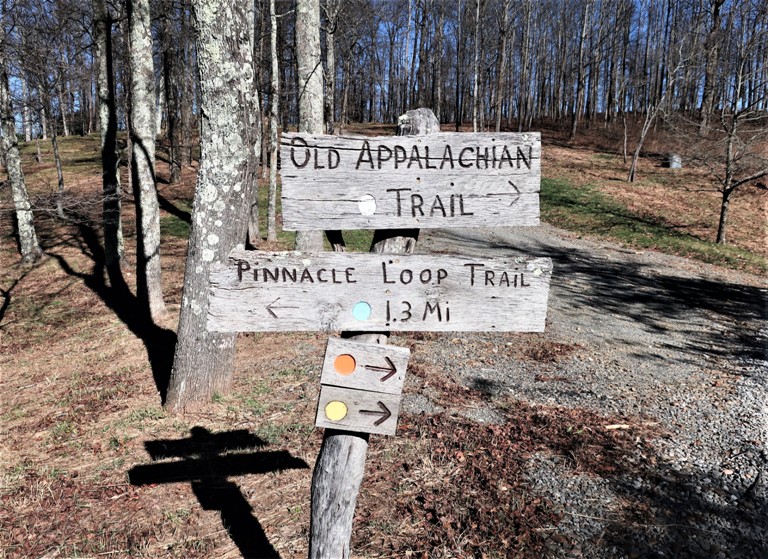 So it was not surprising to be happily on our own two feet again when hiking with naturalist Tim, who enhanced our walk over varied terrain with knowledgeable explanations of flora and fauna and an even more interesting worldview. 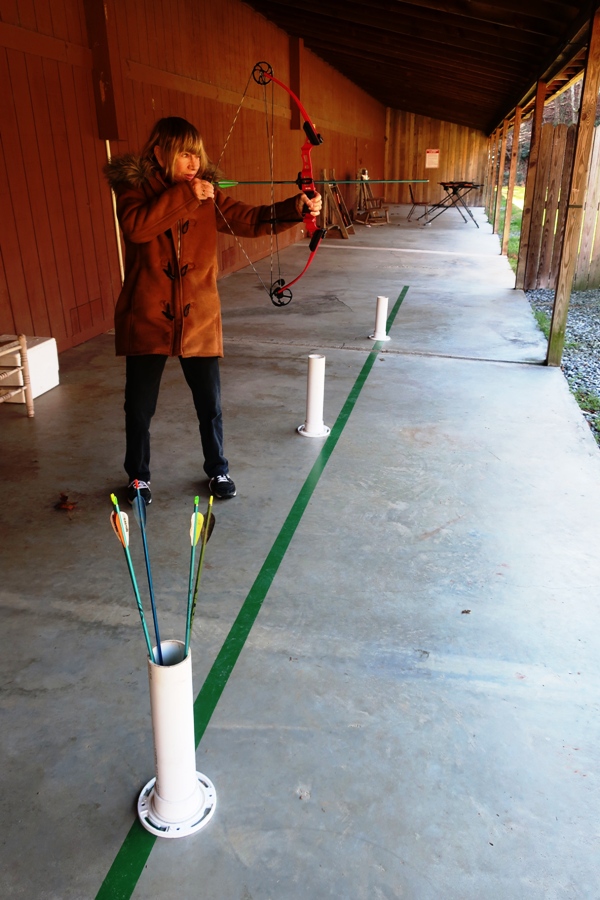 And then it was time for archery, of course. And air rifle shooting. And tomahawk throwing. Doesn’t every hotel have that? Channeling my inner Native American, I raised my bow and arrow and shot at the target, choosing to spare the ersatz bear, wolf and wild turkey statuettes who all seemed like less appealing options. Turns out I was a natural, hitting the target every time. Not so much with the air rifle. Seems I’d make a much better Indian than cowboy! Although admittedly, my tomahawk throwing was a little rusty. To assuage my diminishing self-esteem, I reverted back to my trusty bow and arrow. 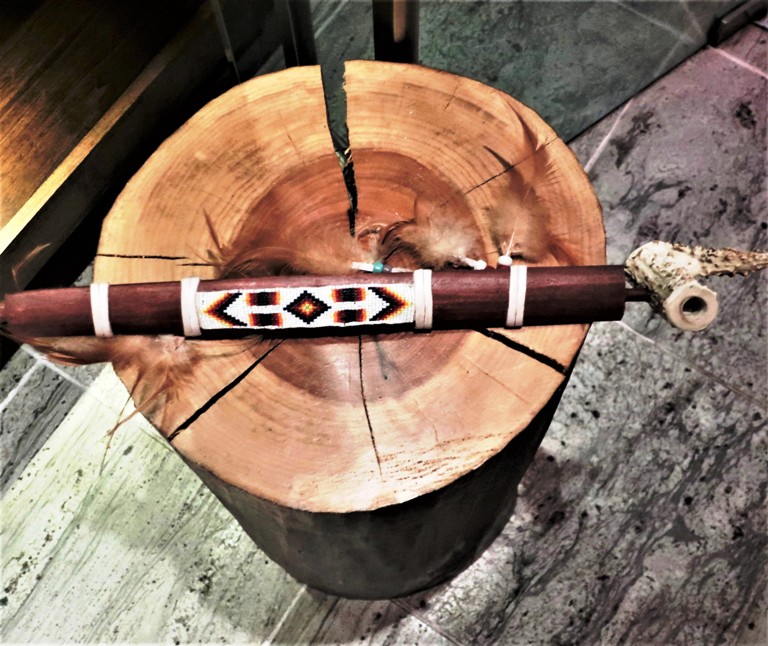 And the list of things we didn’t do is longer than those we did. Fly fishing, clay shooting, disc golf, horseback riding, hunting, watersports, outdoor fitness track, and oh yes, of course golf and tennis. But still, I felt I had definitely earned my "signature massage" at the spa, continuing the Native American experience which is more than just a theme, it’s a philosophy. Artifacts from the local Saura tribe abound and are considered sacred. In the signature massage, tribal elements of fire, water, air and earth are incorporated through hot stones, oils, scents and touch. And afterwards, you come full circle by sipping tea from the Native American Tea Company.

Prior to the massage, I was taken to a “relaxation space,” past hallways all decked out in shades of turquoise and brown – the color representing a “drop of heaven” and the stones, anti-aging. I was already well-relaxed before I even got to the "relaxation room," where a wide span of windows looking out over the countryside, reinforced the sense of ennui. At this point, I didn’t even need the massage.

But that was before I met my spirit animal. Heather, my masseuse, led me into the massage room where, of course, there were animal feathers to clear the energetic pathways around me. I was told to ask myself a question I was seeking an answer to and to pick a card that spoke to me from the eight laying face down in front of me. Cynic that I am, I had no question and heard no card. The one I picked was the rabbit which apparently represented an internalized fear I needed to let go of. I didn’t relate at all – I didn’t like being a rabbit -- but somehow felt the need to apologize that my rejection was nothing personal. I asked about the other cards – eagle, deer, wolf, skunk, turkey, squirrel, raccoon, each representing some personal exploration. Skunk? Turkey? Squirrel? The rabbit was beginning not to look so bad. We both thoroughly enjoyed our massage. 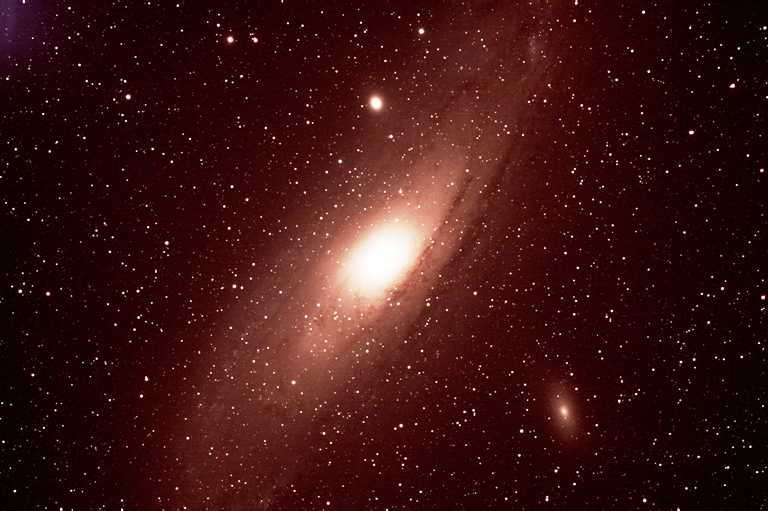 That night we went to the observatory for some star-gazing, of course. Foggy as it had been driving in, the sky overhead was crystal-clear, with a very sophisticated telescope projecting the stars onto a video in front of us. The full moon provided even more clarity. All of Primland emphasizes a return to nature and you can’t get much closer than this. We were surrounded by stars, planets, constellations, galaxies – including the Orion Nebula, a star-forming nebula approximately 1,300 light years from Earth, the Pleiades Open Star Cluster (also known as the “Seven Sisters”) and the show-stopping Andromeda galaxy (the closest and largest galaxy to the Milky Way, roughly 2.5 million light years away). We saw over 1,000 stars on the screen, including the mere 150 that the naked eye can see. So much that was impossible to fathom – in 4-6 billion years, the Milky Way may collide with Andromeda. Not to worry.

To mention once again that this is not your usual hotel amenity seems ridiculously redundant. 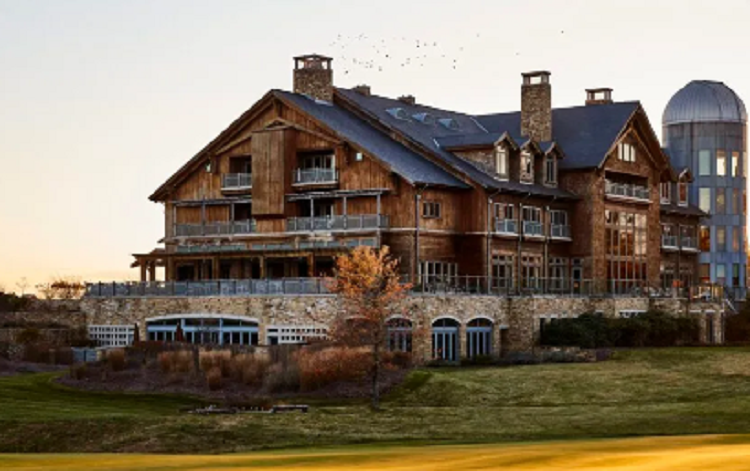