In this post-9/11 world, many travelers are turning to rental apartments in lieu of hotel stays for safety reasons and many safety experts are advocating this method to remain inconspicuous when traveling abroad. 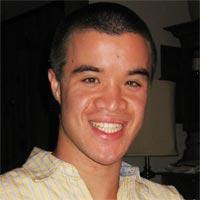 Schrage said that during a recent stay in Budapest, Hungary, in addition to the affordability aspect, he chose to live in an apartment rather than a hotel primarily for security reasons. “The biggest reason was the anonymity factor. I knew that if any location were to be the target of a terrorist attack, then more than likely it would not be an inconspicuous apartment on the outskirts of town. Besides the threat of terrorism, other forms of crime such as robbery are a concern when travelling abroad. Essentially, I found it easier to look more non-American by staying in an apartment.” Schrage said that hotel scares in other parts of the world convinced him that “if someone wanted to kill a lot of tourists, this would be a great place to start.”


Schrage, like many others, were made nervous by news reports and travel features dating as far back as 2008, which have repeatedly issued warnings about the precarious nature of hotel safety. In an article dated 11/26/2008 by TODAY travel editor Peter Greenberg, written just after the attacks on the Taj Mahal Palace & Towers in Mumbai, India which killed 160, Greenberg wrote, “Most security experts will tell you that a hotel is a prime "soft" terrorist target: multiple entrances and exits, easy vehicle access and dozens -- and sometimes hundreds -- of unattended bags in the lobby...Like the Taj, most hotels are not designed or built as security fortresses, and many older hotels provide easy opportunities for terrorists to move in and out of the hotel virtually unchallenged.” Then, on July 17, 2009, following bomb attacks in Jakarta at the JW Marriott and Ritz Carlton hotels which killed 8 persons and injured more than 50, CNN’s Barry Nield wrote that these were “the latest in a long line of deadly strikes on prominent hotels worldwide that show, despite stringent security measures, they remain a favorite target for terrorists. With internationally known brands popular with foreign business travelers, such hotels make prime objectives for extremists seeking to maximize impact and publicity for their cause.” And earlier this year, the State Department Monday issued an updated warning on the “continuing threat of terrorist actions” for US citizens worldwide, and warned that “militant groups could target areas where U.S. citizens may gather in large numbers, such as sporting events, U.S. managed hotels, or places of worship.”


Edward L. Lee II, a former professor at George Washington University and currently the head of Sleeping Bear Solutions, a security consulting and training development firm, is the author of “Staying Safe Abroad: Traveling, Working & Living in a Post-9/11 World” and of the bloghttp://stayingsafeabroad.blogspot.com. 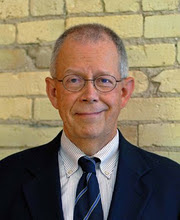 He said that depending on who the person is, quite often they prefer to have a more controlled environment regarding where they’re living. “I’ve been going back and forth to Pakistan in the last few months and staying in an apartment has taken me off the radar completely. [It’s safer] when you consider that most of the major hotels are targeted by truck bombers. Hotels would be the first thing to be targeted.” And safety from terrorism is not all that Lee warns about. “Crime has gone up dramatically in Europe. A lot is driven by the world debt crisis and that kind of thing. Being in an apartment in Italy, for example, would give me a lot more security because even in the better hotels, there are people who linger, looking for an opportunity to rob you...or a group of kids being directed by adults to swarm around tourists and travelers--something ends up missing--a wallet or purse snatching or whatever...If you’re off the grid and not vunerable to those kind of people, so much the better. Not being in that hotel environment definitely reduces your risk.” 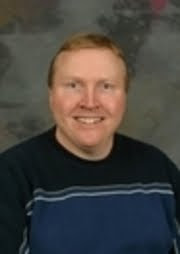 Brian Johnson, a professor of security-related courses at Grand Valley State University and the author of “Safe Overseas Travel” agrees that historically, U.S. hotels and chains have been the target of attacks in many parts of the world. But he warns that altering your travel to stay in an apartment is only one of many steps you should take. “If you modify your lifestyle--which means changing the way you dress, who you interact with, and maintaining an anonymous lifestyle such as by staying in an apartment and not announcing that you’re an American, you reduce the risk of being the target of a criminal event or a terrorist attack. Living arrangements are just one component of safe travel.”


This ‘blending in with the locals’ philosophy is one of the reasons that Wade Shepard started renting out apartments by the month, rather than hotel rooms by the night, starting six years ago. 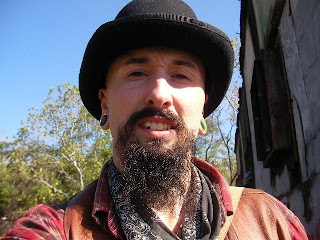 The founding editor ofwww.vagabondjourney.com, a perpetual travel, current events, culture and ecology website, he’s been traveling the world continuously over the past 12 years, visiting more than 50 countries, and renting apartments in Mexico, China, Japan, India, the Dominican Republic, Costa Rica, Portugal, Hungary and Turkey. Said Shepard: “When you stay in hotels you are in the realm of the tourist, and, as everybody knows, tourists have a lot of money: they are targets for thieves, con men, and people looking to make a commission at your expense. When you stay in an apartment -- and as soon as a foreigner moves into a neighborhood everyone there is alerted to their presence -- you are treated as though you are living in a place, and are not bothered as much. Also, when you rent an apartment you are staying in the "living sphere" of a culture, there are locals living all around you, and, in this setting, people watch out for you more. When you stay in an apartment, you are a neighbor, not a tourist. Staying in apartments often blur the class lines a little more, as it is generally assumed that if you move into an apartment complex that you are generally from the same social class as the people who live there with you, as people tend to balance their cost of accommodation relative to their income. This removes you from the "rich tourist" bubble, and makes you less of target for theft...I feel that I am safer this way,” he said.
Tags: apartment rentals, flat rentals, holiday rentals, hospitality, vacation rentals