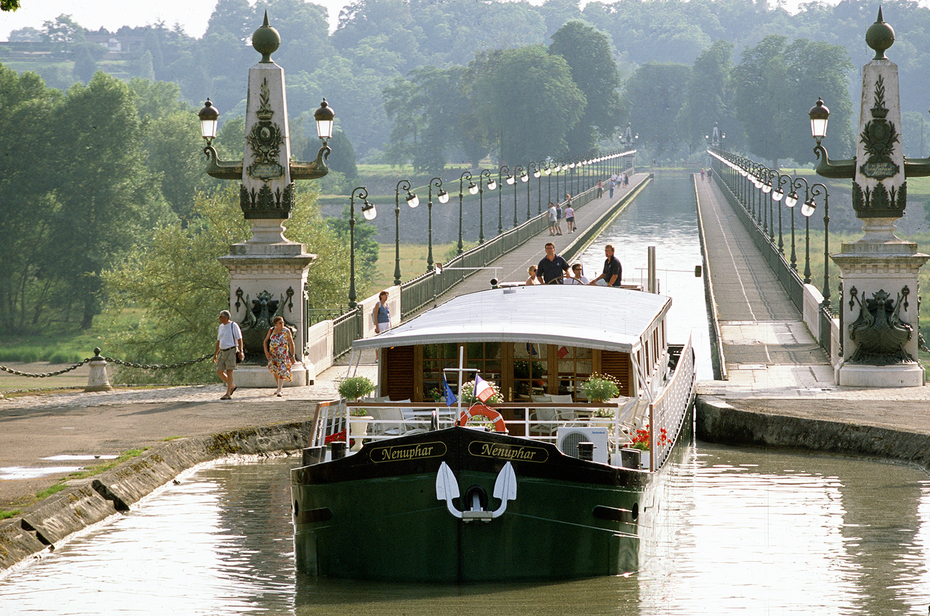 One evening several years ago, my wife Fyllis and I savored a sumptuous four-course gourmet dinner accompanied by wines that had been produced nearby.

More recently, we listened raptly to lectures by knowledgeable experts about a variety of issues, some controversial, in several Eastern European countries.

The settings for these experiences could have been a five-star hotel or resort - and indeed in atmosphere and attractiveness they deserved that rating. But what set them apart was that they took place on small ships plying some of the most famous and fabled rivers in the world.

At present, a number of oceangoing vessels have been canceling sailings and, in some cases, dealing with an outbreak of coronavirus among passengers and crew members. That can be frustrating for the many people who love the cruising experience. But there's is an alternative that allows cruise lovers to leave enhance their waterbornes travel in ways not available on the world’s oceans. Inland waterways may lack some appeals for those who prefer the lure of the open sea, but they can more than make them up in other attributes. These include panoramic views of magnificent scenery, opportunities to explore the history and cultures of countries through which the ships are passing, and interesting onboard activities which often relate to those places. 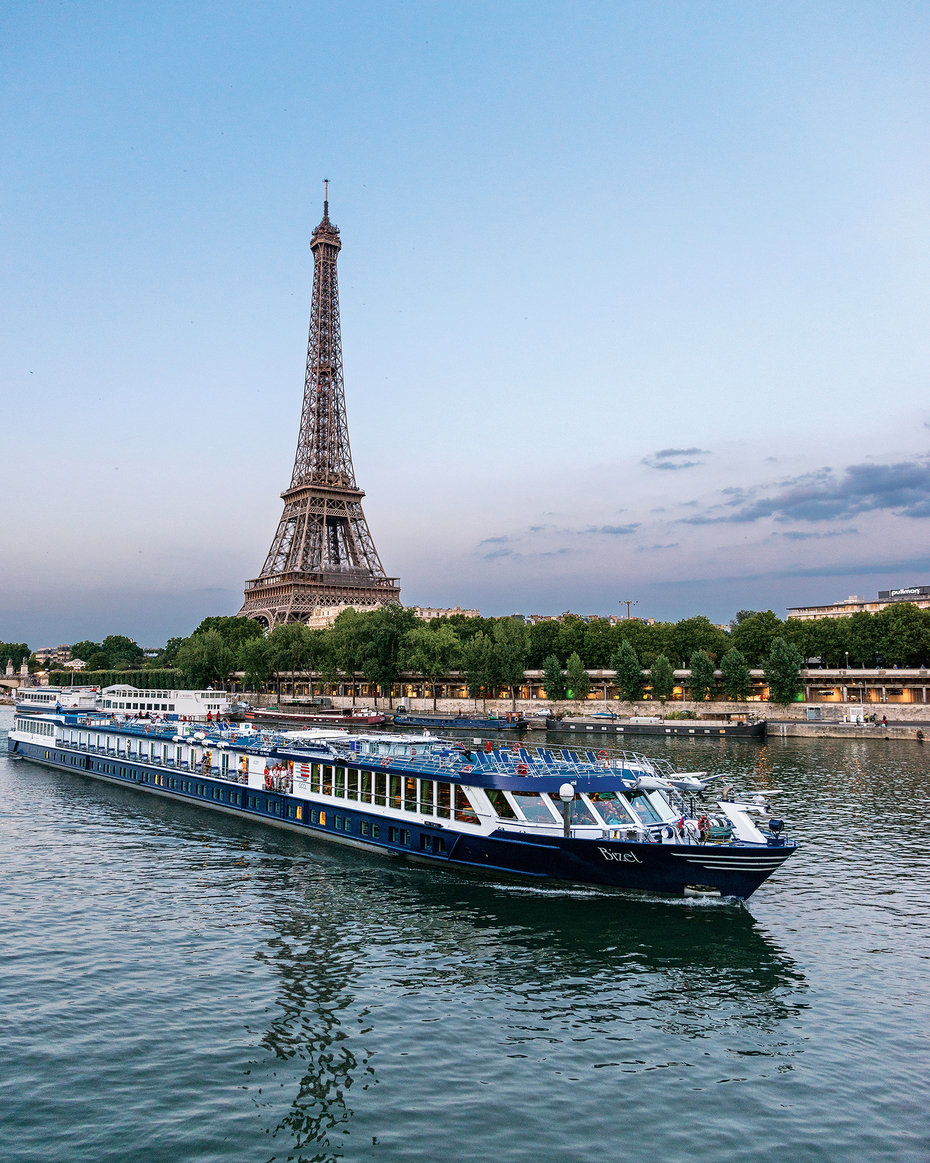 A Grand Circle Cruise Line Ship on the Seine in Paris

While usually referred to as river cruises, they can also traverse bays, lakes, fiords, and canals; for example, that delicious dinner which Fyllis and I enjoyed was served aboard a French Country Waterways barge moving leisurely on canals that run through some of France’s most picturesque areas. The vessels operated by the U.S-based company give new meaning to the word “barge,” offering the gracious ambience of a fine country inn in an atmosphere of informal elegance.  Meals often feature fresh ingredients purchased on land, including breakfast bread and croissants still bakery warm.

The philosophy of another river-cruise company, Grand Circle Cruise Line (as well as its sister company Grand Circle Travel) is summed up in the phrase “Learning and discovery.” That often means delving into topics like the refugee situation in the four Eastern European countries through which our ship was traveling. There’s also time for fun and games, what I call “down home” entertainment that contrasts with the large, flashy reviews common on massive ocean-going vessels. Our crew members competed in a hilarious karaoke contest, and presented a comically butchered performance of the ballet Swan Lake, which prompted the boat’s captain to join in by pleading with passengers, “Remember, what happens on the ship stays on the ship.”  Grand Circle’s offerings include sailing along the Seine through France, a four-country "Romantic Blue Danube" jaunt and a "Grand European Cruise" which covers eight countries over the course of 29 days.

Avalon Waterways covers some of the same European territory, offering land excursions ranging from classes in French cooking and Dutch painting to meeting an Austrian count in his castle. Its "Storyteller Series" brings along well-known authors who discuss their books, and its Suite Ships, which sail in Europe and Southeast Asia, feature floor-to-ceiling windows which provide spectacular views of the passing scenery.

The scenery is different for passengers aboard a Fred Olsen Cruises ship exploring the fjorland of Norway, a featured destination of that company.  It’s a wonderland of towering mountains, deep valleys and mighty waterfalls interspersed with charming villages.  Norway’s Arctic north is an area of remote islands and unspoiled wilderness which at times is blanketed by the awe-inspiring Northern Lights. 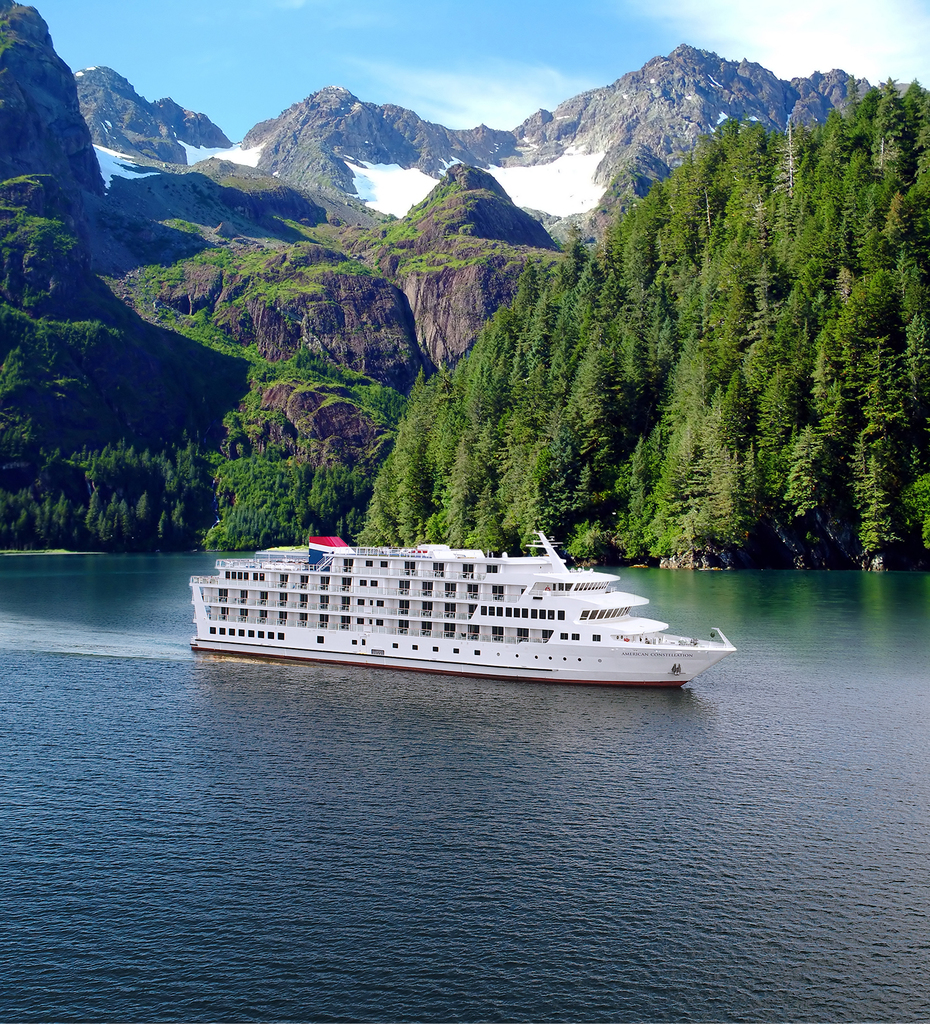 On the other side of the planet, the self-styled adventure cruise specialists Lindblad Cruises takes passengers along rivers that pass through Cambodia and Vietnam - including palaces, temples, and floating villages - while other Lindblad ships follow the Nile and Amazon Rivers.

Of course it’s also not even necessary to leave the United States in order to enjoy the pleasures and perks of vessels that ply non-oceanic waters. During 2022, American Cruise Lines has 15 small ships and riverboats operating in 31 states. Nine itineraries follow the Mississippi, Ohio, and Cumberland Rivers between New Orleans and Minneapolis-St. Paul. Along the way, passengers may visit Civil War battlefields; enjoy the beat of jazz and country in Memphis and Nashville; and relive the stories of Tom Sawyer and Huckleberry Finn where Mark Twain created them in Hannibal, Missouri. 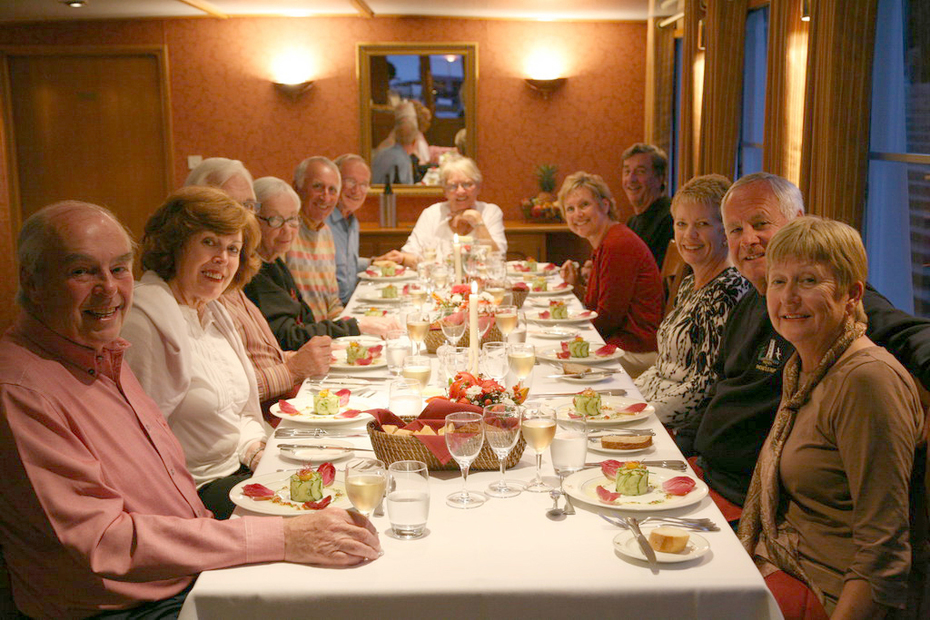 Dining on the French Waterway’s Espirit

From gourmet meals to the sounds of music, the pyramids of Egypt to floating villages in Asia, small ship cruises offer a surprisingly divers choice of places to explore, cultures to experience and other attractions to enjoy, providing a welcome alternative for those who wish to set foot on a boat deck other than that of a mega-size ocean-going vessel.

In addition, because of their lower passenger capacity and Coronavirus safety procedures, small ships generally are less likely to face the challenges impacting some ocean vessels.  Even so, check in advance to make sure the trip you’d like to take is a go.