Celia featured in a wall mural in Miami's Little Havana 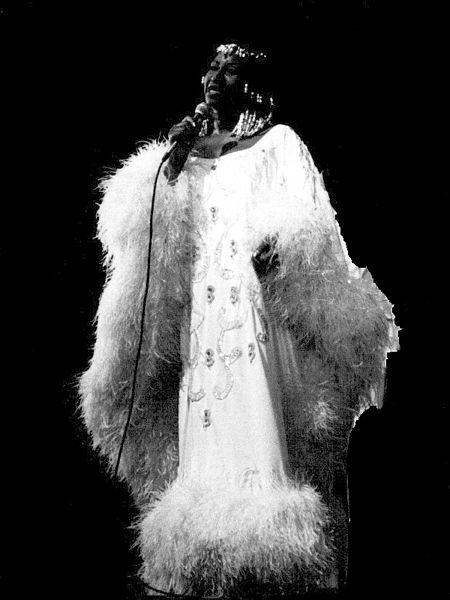 Today marks exactly a decade since the world lost one of its most memorable pop music giants. In the lines above, from one of her signature songs, Carnaval, the late Celia Cruz sang, “No need to cry – life is a carnival, and it’s more beautiful to live singing” (hear it in the video below).  It's this positive philosophy in life that won her millions of fans across the planet, which in turn earned her the status of most successful and beloved salsa performer of the 20th century. It is also her infectious music and irresistible rhythms that make it all but impossible to keep your feet from tapping – or your hips from wiggling – when you listen to the Queen of Salsa.

Putting Cuba on the Map

With her explosive voice and equally vivacious personality, over her lifetime Cruz racked up 23 gold albums and over 100 awards including Grammy awards. It was she who introduced the world to salsa music, helping turn it into the phenomenon it has become well beyond the Hispanic world. Billboard magazine once wrote in an article, “Cruz is indisputably the best known and most influential female figure in the history of Cuban music.”

She spent her childhood and youth in the gritty working-class neighborhood of Santos Suárez in Havana, Cuba (and I can see why she shortened her name from the original Úrsula Hilaria Celia de la Caridad Cruz Alfonso de la Santísima Trinidad). While growing up in the 1930s, Cruz was influenced by many musicians along the lights of Pablo Quevedo, Paulina Álvarez, Abelardo Barroso, and Arcaño y sus Maravillas. But she quickly developed her own voice and style, creating an infectious sound that was distinctive and uniquely hers.

Cruz started singing in cabarets as a teenager and then moved on to performing in a popular program on Havana’s Radio García-Serra. Her shot at fame came when she replaced the lead singer of a well-known orchestra, Sonora Matancera, and she spent the next 15 years with them, gaining fame all over Latin America, during which she developed a trademark shout, greeting her audience with a loud “azúcar!” (sugar) at each show.

Though Cruz left for the United States in 1959 and spent the rest of her life there (much of it living in New Jersey), her heart always belonged in Cuba (and Cubans there always remembered her, even though their government pretty much ignored her). Throughout her 50-year singing career, she strongly supported educational, health and cultural issues in her home country, as well as other Latino communities especially in the United States. She also founded the Celia Cruz Foundation, a non-profit organization dedicated to raising funds for underprivileged students wishing to study music. Celia may have left us in 2003, but as a Cuban, I'm so grateful that her legacy will live on.