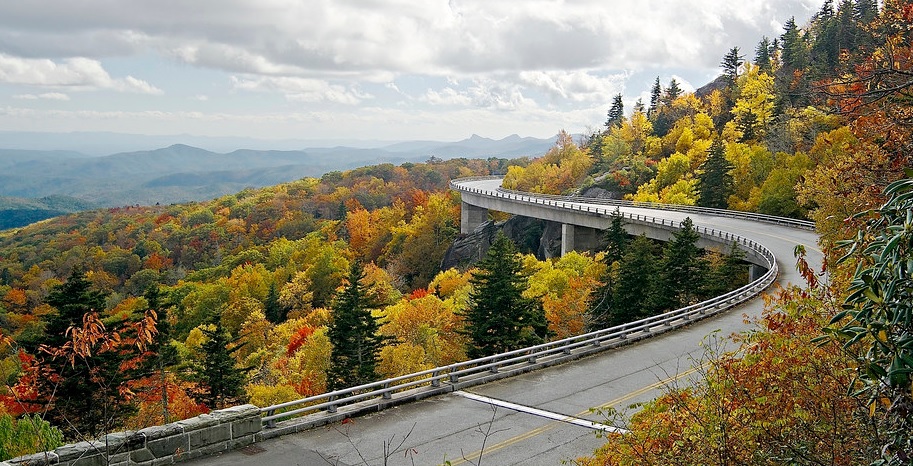 One of the original 13 British colonies which first formed the United States, North Carolina is home to plenty of historic and cultural sites but also some breathtaking natural beauty, including national and state parks, and dozens of beaches along some 300 miles of coastline. Gorgeous barrier islands; gospel music; Piedmont blues music; two types of tasty barbecue; Cherokee Indian culture; roadside attractions (like the world's largest working frying pan) - there's plenty of cool stuff to explore in the Tar Heel State. And a well designed network of roads will allow you to reach most of it with a rental car. Get a good rate on a rental car at Raleigh-Durham Airport (RDU) or at Charlotte Airport (CLT), and off you go! And here are five especially great places to roam:

One of the greatest driving routes in the United States. runs nearly 500 miles along the ridge of the Blue Ridge Mountains - a subset of the Appalachians - across North Carolina and up into Virginia, making for a truly memorable weekend getaway. It's all about leisurely driving on winding roads with relatively little traffic, enjoying the lack of trucks as well as of course the natural beauty of the hilly scenery that surrounds you, both from your car or the parkway's many rest stops. The Blue Ridge Parkway is beautiful at all times of year, but the best times to visit are during spring, summer, and perhaps especially fall with lovely foliage. 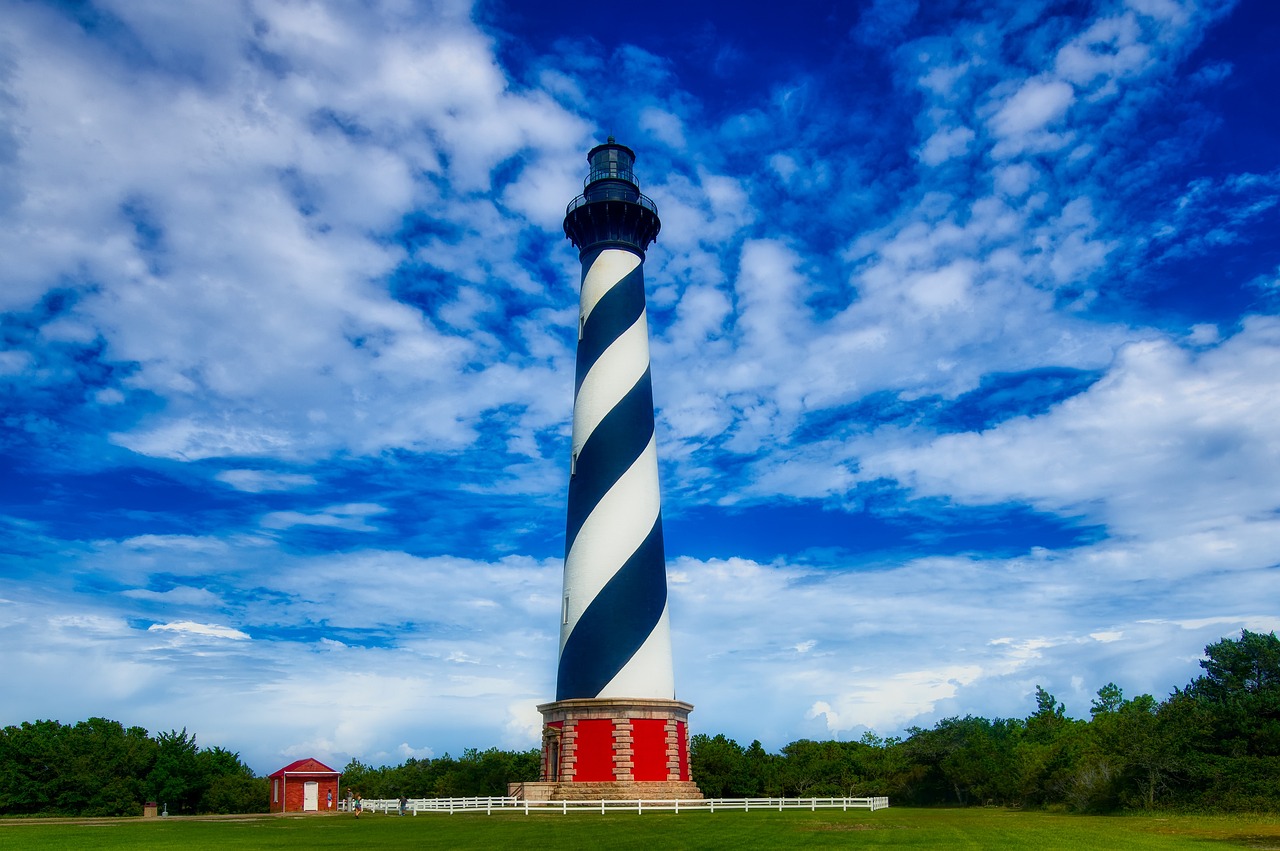 This promontory is located on the eponynous island named after a tribe that once lived here, it's part of the Outer Banks a string of barrier islands roughly a 3½- to four-hour drive from Raleigh-Durham and six from Charlotte. The waters around the cape are especially turbulent due to the collision of two ocean currents, and in combination with the shallows here, in history they've caused many hundreds of shipwrecks, leading to the moniker "the graveyard of the Atlantic". The 197-foot-hgih (60-meter) lighthouse here, built in 1870, is the tallest brick lighthouse in the United States and one of the tallest in the world. Near the vacation town of Nag's Head, it's part of the Cape Hatteras National Reserve, which also includes a beach that's considered one of the USA's best, with excellent swimming, surfing, and fishing. 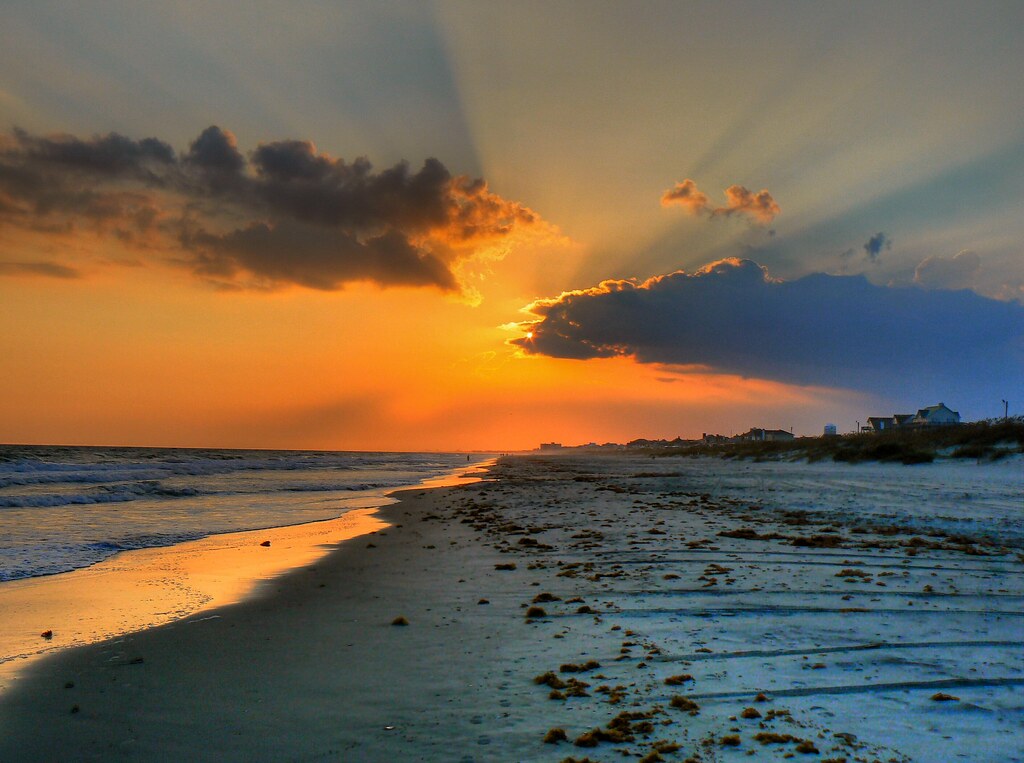 A 2½-hour drive from Raleigh-Durham, Atlantic Beach (pop. just over 1,500) is one of five towns located on another barrier island called Bogue Banks (though not one of the Outer Banks, but is rather south of them). This is another appealing resort town with great restaurants, shopping and entertainment, built around a delightful beach as well as Fort Macon State Park, with wonderful nature and an interesting Civil War fort.  The town is also popular with anglers, and a number of fishing competitions are held here every year, such as the Atlantic Beach King Mackerel FIshing Tournament, held during the first three weeks of October. 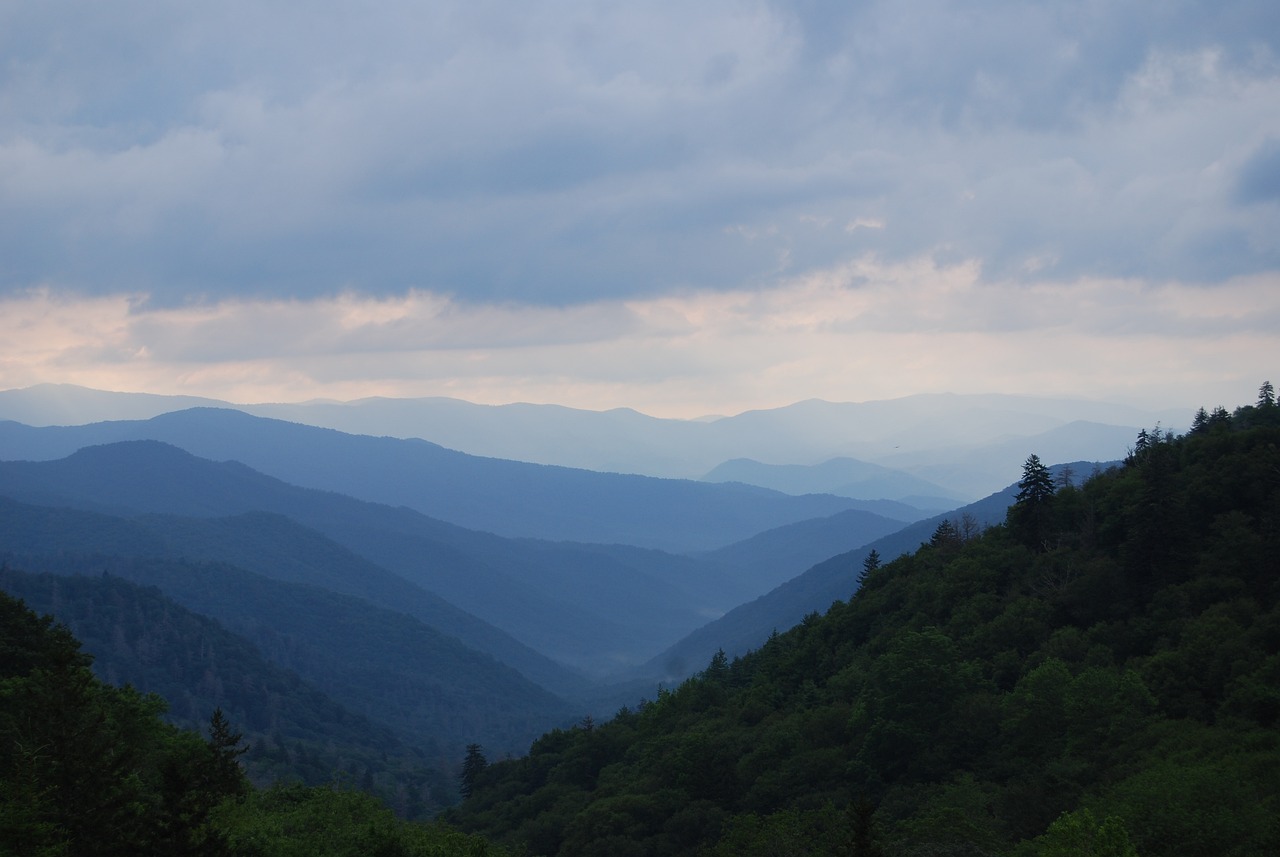 Straddling some 816 square miles of North Carolina and Tennessee, this national park is one of the most beautiful as well as the most visited in the USA,  and is so named because of the unique blue-gray haze over its hills seen from a distance. You can enjoy the park just driving through; hiking/biking/horseback riding (there are hundreds of miles of trails, including a section of the famed Appalachian Trail); or camping at Smokemont Campground. In addition to fishing and swimming, you can engage in some wildlife spotting, from the trails as well as a number of viewing platforms (the park is home, for example, to 65 species of mammals). The Smokies are fabulous all year round but autumn is especially prized because of the wonderful foliage. 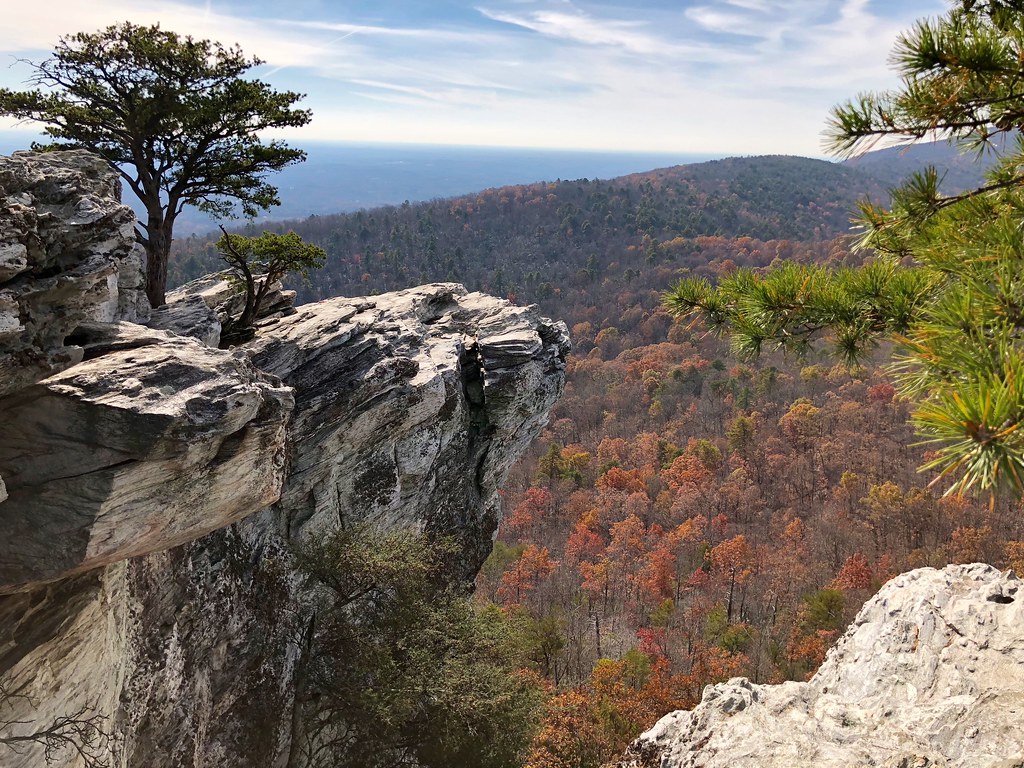 Located way up north in the Sauratown Mountains near the Virginia border just under an hour's drive from Winston-Salem, two hours from both Charlotte and Raleigh-Durham, this 9.011-acre state park is another oasis of nature, named for its most prominent feature a quartzite cliff that juts out over the valley below - one of many rugged cliffs and rock walls that attract climbers from all over the South. Other allures include a lake for swimming, canoeing, and rowboating; various camping sites for RVs and tents; some 20 miles of hiking/biking trails; and several majestic waterfalls.