Camille Pissarro (below left) was one of the great 19th-century artists, known as the “father of impressionism.” His influence on modern art remains immense and he has inspired many painters including his great-great granddaughter, Lyora Pissaro. I came across her work recently at the Stern Pissarro in central London and was intrigued to learn about the family connection. Here’s the conversation I had with Lyora.

What influence has Camille Pissarro had on you as an artist?

Camille’s stylistic influence on my work is quite minimal, but his attitude to work and what he achieved in his lifetime has had a profound impact on me as a person.

Camille was, above all, a teacher who dedicated much of his life to training those around him. He had many students but towards the end of his life he dedicated much of his time to teaching his children. Who then subsequently went on to teach their own children resulting in the 19 artists who make up the Pissarro family today. This greatly influenced my approach to my own art. My mother and I work closely together and I relish the opportunity to work in groups whenever possible. The many life-drawing classes I hold in my home in New York are a reflection of that ethos.

Is your style similar to his?

I think my style is more similar to Paulémile, Camille’s fifth son. Growing up with a father whose gallery specializes in works by the Pissarro family, it was inevitable that some of their stylistic features would influence my own work. For as long as I can remember, my house has always been filled with series of Pissarro paintings. Paulémile’s work however, always stood out. I found in his paintings a certain sensitivity for reflection and light that profoundly touched me and I believe there is a direct influence of his style on my work. His use of color, subjects, perspective and elegance completely captivated my attention and I found beauty to become an important component to making artwork. Similarly, my mother's work has also had a major influence on my style, not only in the way she thought me to paint, which has inevitably birthed similarities, but through the journey of her own creative development. The manner in which she broke away from her roots in Impressionism and maneuvered blindly into an abstract world gave me courage to find my own path. Today, we are working on series of paintings together, preparing for an exhibition in 2018 that will explore the relationship between teacher and student, mother and daughter and its effect on intergenerational knowledge transfer. 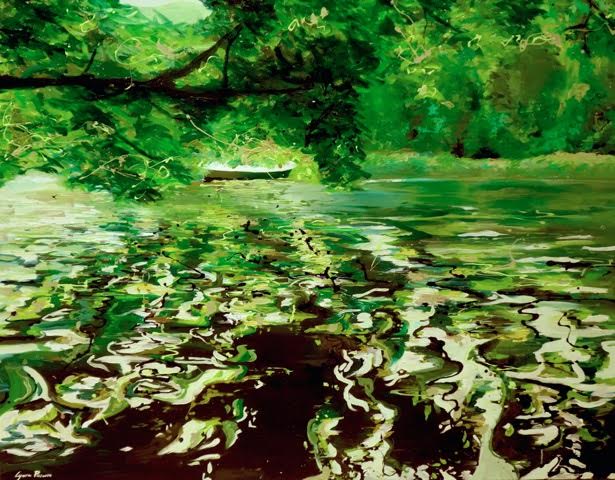 When you were growing up did you feel under pressure to become an artist because of Camille Pissarro's reputation?

I certainly did. I was, in fact the only child in the fifth generation who showed a lot of interest in painting, and it quickly became inevitable that I would be the one "continuing the legacy." It was something of a burden that bothered me, as I felt an incredible pressure to fulfill this notion at a crucial stage of my developing identity. I was given a hard time at school because my fellow students believed I was granted artistic merit because of my name and not because of my abilities. After that I began to question whether there was perhaps a better path for me. I ended up choosing to study social anthropology in order to give myself the time to develop my other interests, yet found myself continuously painting and drawing in secret to pass the time in class. Has the Pissarro name helped of hindered your career as an artist?

The Pissarro name has been a complicated shelter to bloom under. At times, it closes certain doors but many times it opens large windows and in unexpected places. I can say with certainty that it has helped me greatly, but not, as one might expect, because of public response, but rather through the influence and great passion it has instigated within me. Beyond the many artists in this family are a multitude of art historians, writers, art dealers and curators, and growing up around them has in turn had its own influence on us as children. Our family dinners and reunions were filled with conversations about art and philosophy, debates about artists, recent exhibitions, contemporary trends and the art market. In order to keep up with it all, we had to immerse ourselves in the complexities of the art world: this was a huge privilege for me as a developing artist.

Do you feel burdened by other people's expectations because of the family name?

Yes, it is a self-imposed burden, I suppose. Of course I would like my work to honor my family’s name but I also tend to anticipate other people’s expectations and reactions, which can be counterproductive. When I first began to paint I felt everything I painted must be a "good" painting, and whenever I work with realistic subject matters, I feltthe pressure to produce an ‘accurate’ representation. The notions of "good art" and "bad art" come into play a lot, and in today’s artistic climate it is a questionable concern. But I always thought that people around me would look at my work and judge everything based on one painting; that my whole reputation would rest on this work and that, therefore, it had to be a "great" painting. When I paint with my grandfather, a very tough teacher, he would say, "you are not looking at your subject enough, the clouds do not look like that."

Now, as I develop my style and thoughts, I realize there must be room for bad or flawed works, without wanting to deny these invaluable lessons, I acknowledge however that times have changed. This is where my passion for digital art emerged: working on an iPad freed me from this burden, as no member of my family had ever experimented with this medium. There were no expectations or preconceived ideas of what was ‘good’. I was free to explore that notion myself. David Hockney and his own Ipad art series were a major influence on this body of work. 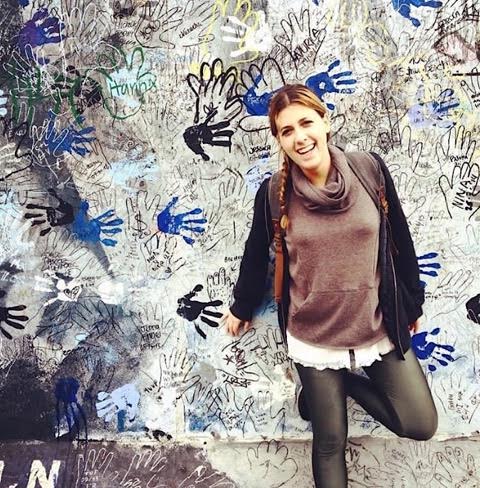 Could you let me know about Camille Pissarro's links with London and England?

The Pissarro family has deep and longstanding links with London. Camille spent almost two years in London, in 1870 and 1871. He was fascinated by the development of industrialization, something that could be seen very clearly in London at the time, and returned a further three times in the 1890’s. As an artist looking to document passing landscape he was fascinated by the process of movement, which manifested itself during the industrialization of the city in London.

In 1890, Camille's eldest son Lucien moved to London, and with the family now having a permanent base, Camille’s other sons visited him regularly. Felix (the third son) in fact died at the age of 23 while in London and is buried in East Sheen cemetery. Ludovic-Rodo, his fourth son, came over during the First Word War in 1915 and stayed till 1922 painting regularly West and central London. Lucien’s daughter Orovida lived her entire life in West London. Finally, in 1987, Camille’s Great granddaughter my mother moved to London where she married and still lives today.

Why do you think he chose to spend more of his life in England and not France?

Camille Pissarro was actually born in St. Thomas, Virgin Islands, which at the time was a Danish colony. He went to boarding school in France in 1855 where he then settled permanently. His trip in 1870 was to move away from the battlefields of the Franco-Prussian war, but during his life time he spent most of his time in Normandy, France. Though he visited London, France remained his main home for the rest of his life. Do you feel closer to France or England?

I never felt very connected to England. My mother is French and my father is British/Israeli and my heart always resonated with France more. I certainly feel very close to both Israel and France but when revisiting parts of Normandy where my mother, grandfather and great grandfather grew up and painted, it was always incredibly moving for me. The house in Clécy, Normandy where Paulémile raised his son and granddaughter (my mother) is breathtakingly beautiful. It is astonishing to see these landscapes and so many of his subjects transposed into almost life-size murals on the walls of his dining room. One can almost hear the bathers splashing about the river as they scrub their linens and giggle together… and to think that one of these stunning ladies is my great grandmother, who still lives to tell these tales! She turned 102 this year.

My Israeli heritage is also tremendously important to me: as a young Jewish woman and descendant of a Holocaust survivor (on my father’s side) I feel a strong and profound pull towards the land of Israel. I think I truly feel most inspired there. I believe that in today’s world we are privileged enough to choose which cultural identity we want to embrace and display and as a young multicultural artist living in New York I feel deeply connected to this city and to the endless range of creative arts and cultures that surround me. This time has been invaluable to my artistic expression in that it has helped me consolidate my influences and root myself within them. For this, I am incredibly grateful. With changing fashions in art, are you concerned that interest in the work of Pissarro and other artists from that period  may decrease in future?

I don’t think people will ever cease to be fascinated by Pissarro’s work. I may be wrong. But after all, it is great masters like him who charted a course for art to evolve to what it is today. How could we ever get bored of Monet’s water lilies or Yves Klein’s blue nude? Opinions certainly shift and perspectives vary. And there is no denying the impact of innovations in digital and immersive art, which speak to a new generation of artist whose palettes develop very differently from that of their predecessors. But it will be interesting to see how the role of the artist evolves as the boundaries between art and spectatorship versus participation become blurrier.

What would you like to achieve as an artist?

That’s a great question! I would like to deserve and to merit the title of ‘artist.’ I don’t believe I am an artist yet and when people ask me what I do, I say, “I am a painter.” I truly wish that the term "artist" would only apply to those who’ve conquered certain hurdles. But, being an artist is also more than just a craft or a skill: it is a state of mind. It’s the ability to interpret the world around you in a creative way. Coming from a family of artists, calling myself an "artist" would imply I am on par with all my predecessors, and I don’t believe I deserve that title just yet. I hope I will at some point in my lifetime.