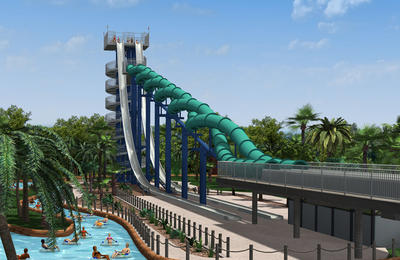 The New York Times thinks so.

In a wry and cutting article, “Vacations To Steam All Couch Potatoes", television columnist, Neil Genzlinger throws darts at The Travel Channel for programming that shows elite travelers having the kind of fun in places you and I can only dream going to, if that.

Genzlinger says instead of programs like “Xtreme Waterparks” or “Insane Coaster Wars” that focus on places like Fortaleza, Brazil , or death-defying coaster rides that no sane person would try, why not create a “Staycation Channel” where we can watch people like us, with budgets like us, having the kind of fun we mere mortals have on our vacations?
Genzlinger says this a bit like showing us great, spectacular vacations, then saying, in effect, “OK, buddy. You had your fun seeing how much fun we have. Now go mow your lawn.”

Trip Flip is apparently particularly  irksome in that the host, Bert Kreischer, travels to exotic places like Oahu and picks out some people to send to an even better vacation, while all the “non chosen,”  have to sit around on the beach...beaches, as the article notes, the rest of us will unlikely ever get to.

Anyway, I’m sure Mr. Genzlinger can afford a luscious vacation. But he has a good point. How about showing us travel shows that we can see ourselves in?
He suggests shows like:

• Xtreme Hosing where homeowners make a cool water slide out of Saran wrap and a garden hose use it from the roof top.
Or how about Insanely Xtreme Top Shot where homeowners (you and I) keep rabbits out of the garden by shooting them with water pistols, while riding the water slide mentioned above.
He has a great idea for a coaster show, the things one places under drinks.

We think the review was all in good humor, then again, we’re not completely sure. We might watch a “Staycation Channel,” but only if we thought people like us were too.