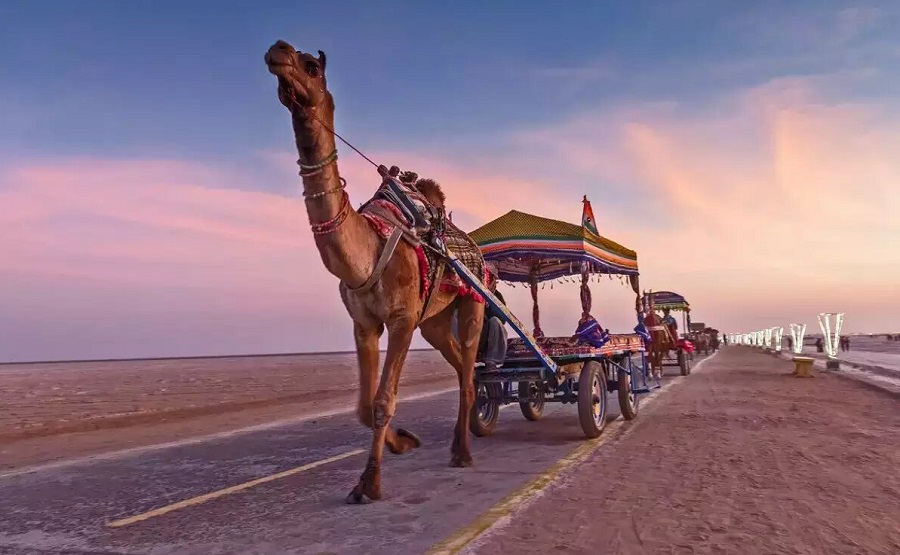 If you are on the lookout for a dream vacation, Gujarat is one place that has plenty to offer to you. Rich history, culture, and heritage, unique and diverse landscapes, extensive coastlines, mouthwatering authentic food etc are just enough to make you feel amazing when you are in Gujarat. The state is the country’s westernmost state and is the 7th largest one. The incredibility of the state lies in its diverse attractions like world famed architecture, exotic wildlife, historical monuments, temples and many more. Our celebrity star Mr. Amitabh Bachchan endorses Gujarat Tourism and honors it with the phrase ‘Khusbu Gujarat Ki’ which is indeed a worthy phrase to sing the praise of the magical Gujarat which is but a favorite hub for all passionate tourists. Tour operators offering Gujarat Tourism Packages; intend to give tourists a sneak peek into the entire state which is why they often present you with a platter of many attractive tour packages, each of which is worth a ‘pick’.

‘Gujarat’ is synonymous with ‘cultural richness’. The Gujarati folk arts constitute an integral part of the state’s culture, preserving well the tradition of dance, drama, and song. The crafts of Gujarat enjoy global fame and consist in marvelous artistic masterpieces in the form of block print embroidery, Rogan painting, woodcraft, Kutch work, Patolas, Bandhani, bamboo craft, mirror works, pottery and many other types. The culture and craft traditions of Gujarat have been deeply influenced by the culture and traditions of the Mughals, Dutch, Arabs, Parsis, Portuguese and even the British. When it comes to cultural Gujarat Tourism, tourists are offered the opportunity to be present at the various fairs and festivals of Gujarat. The cultural vivacity can be felt in the most pronounced manner during the festive times as the different communities in the state gather on the occasion of a fair or festival to celebrate it in their most traditional and ethnic way. Thus, if you avail a good cultural tourism package you’ll be able to visit the most celebrated fairs and festivals of Gujarat such as Tarnetar fair, Modhera dance festival, International kite festival, Navratri festival, ShamlajI Fair, Rann Utsav, Chitra vichitra fair, Tanariri festival.

Wildlife tourism packages of Gujarat are always very popular as such packages offer tourists with the singular experience of viewing some of the rarest and endangered species of animals from the vicinity. In Gujarat, the wealth of wildlife is valued and serious attempts are made to protect as well as preserve the wildlife which is not limited to the wildlife sanctuaries and national parks alone but goes beyond those segregated, high walled boundaries to become a part of the daily life at Gujarat. Thus, it is not unnatural to spot a peacock hopping in some park or garden or a migratory bird wading its way across in some local pond. A popular Gujarat Tourism wildlife package will generally include the following places in its travel agenda or itinerary- Gir National Park, Little Rann Wild Ass Sanctuary, Shoolpaneshwar Wildlife Sanctuary, Vansda National Park, Khijadiya Bird Sanctuary, Jambughoda Wildlife Sanctuary, Nalsarovar bird sanctuary, Thol lake bird sanctuary.

Heritage tourism takes you on a tour of the world heritage sites and historic monuments in the state of Gujarat. These destinations showcase the rich cultural heritage of the state most aptly. If you opt for such a tour package you’ll definitely be taken to places such as Lothal, Laxmi Vilas Palace, Rani Ki Vav, Hridaya Kunj, Champaner-Pavagadh, Vadnagar, Dholavira etc.

Gujarat is home to multiple religious destinations and pilgrimage centers drawing the attention of God lovers from every nook and corner of the globe. Hinduism has been practiced in the state since time immemorial and still continues to be the major religion in the state. However, Islam and Jainism too have thrown their impact upon the state thereby imparting its religious milieu with a curious admixture of hues and textures.