The "Other Down Under" destination of New Zealand is on the bucket lists of many Americans -- and justly so. Problem is, New Zealand is a long way from anywhere U.S.A. Consequently, most tourists want to see as much as possible on their first visit. Our suggestion for an orientation trip to New Zealand – book a cruise.

A cruise will visit several ports on the two islands of New Zealand, which is a great way to get a taste of the entire country – and all without packing and repacking. And, if you fancy an endless array of delicious gastronomical delights included in the price of your vacation, all the more reason to choose a cruise.

On our fourth trip to Australia and New Zealand we blocked out time for a voyage on one of our favorite ships, the Golden Princess.

There is not enough space in this brief article to adequately describe all the picturesque ports-of-call we visited in New Zealand, so let's just concentrate on one very special destination…

Established in 1952, New Zealand’s largest national park (3 million acres) was formed over the eons by gigantic glacial flows that gradually crushed and moved the earth into the sea leaving deep navigable canyons of water in the South Island coast.

The park fiords are lined with steep cliffs from which giant fingers of gushing water emerge to crash-dive into the sea below.

This park is extraordinary because of its almost incomprehensible size and unsurpassed isolation. Much of the flora and fauna found in the rainforests of the park are just as they were many thousands of years ago.

On the previous night, the ship's captain alerted us that we would be entering the park at the break of day.

We woke about 5:30 and walked up to one of the observation decks just as the sun started to peek over the majestic mountains on our port side. 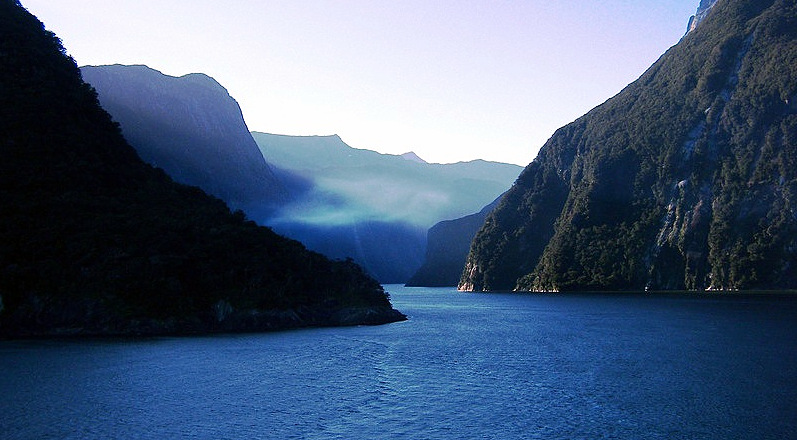 The sea was quiet, and there was a veil of still mist in the air.

At first we could only hear, but finally did see, our first waterfall. There were “oohs,” and “ahhs,” aplenty.

Watch for the Bears

We had a naturalist on board who narrated our passage through this otherworldly wilderness. He jokingly entreated the passengers to keep a keen eye out for bears along the nearby rocky shoreline (there are no bears in New Zealand). A fellow passenger retorted, “Bears hell, look out for dinosaurs.” It’s that kind of place. 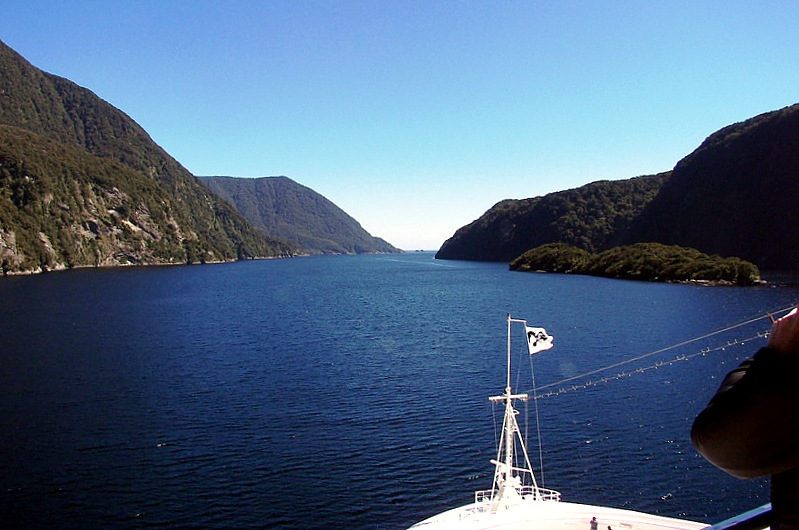 At sunset we left the park for the open sea. That evening at dinner, we joined a group of passengers celebrating the experience of spending a day cruising through time. None of us will soon forget the primitive beauty of Fiordland National Park.

The New Zealand Department of Conservation administers the fiords, lakes, mountains, and rainforests of the Fiordland National Park. Check out their website here. 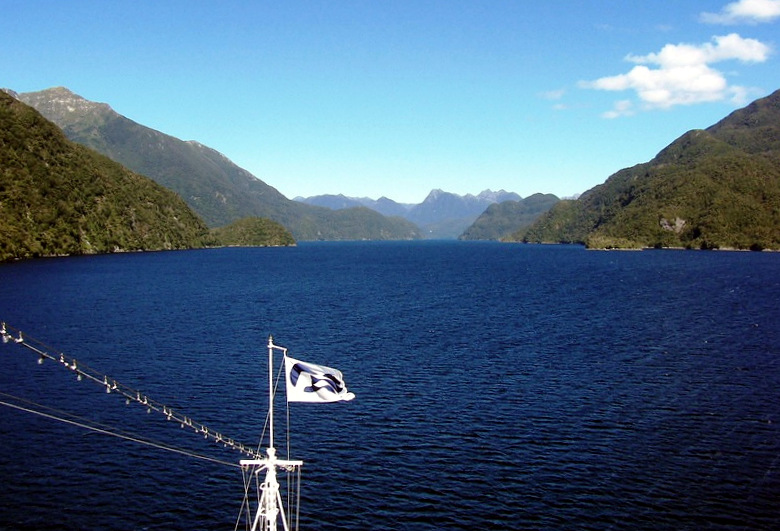 The next sailing with our exact itinerary on the Golden Princess will be January and March 2017, but you needn’t wait because Princess has other ships that cruise throughout New Zealand. Check out other dates and itineraries here.

The opinions expressed in our articles are the journalists’ alone, and have not been reviewed, endorsed or approved by any entity.

© Travels with Wayne and Judy Bayliff