Ksar Ouled Soltane is a 15th-century granary complex fortified against raiders that's so visually striking that for years it's been a tourist attraction - but especially since 1999, when it appeared in Star Wars: Episode I - The Phantom Menace as the slave quarters Mos Espa on the planet Tatooine, where young Anakin Skywalker lived. And the name of this district of southern Tunisia? Tatouine! 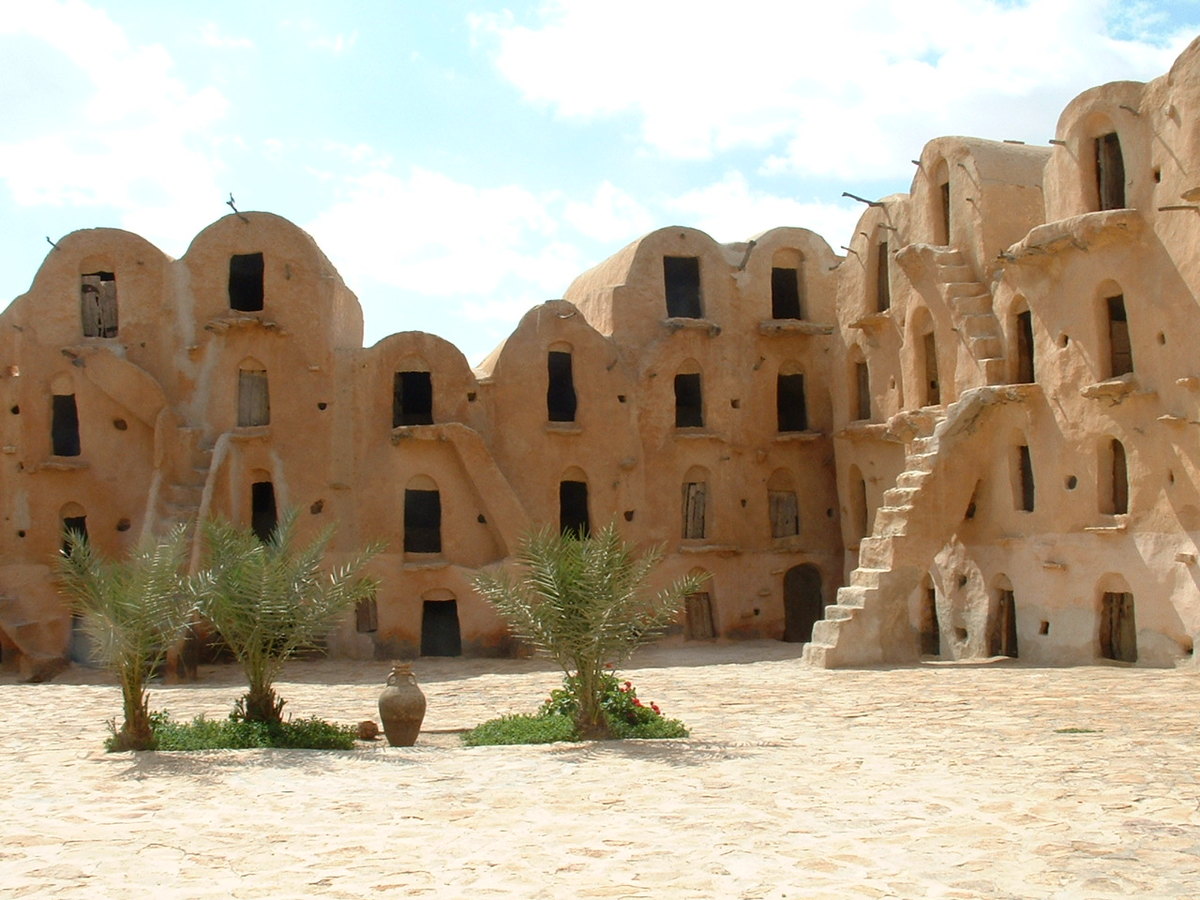