Less than a half-hour drive (and 45 minutes by bus) from Kingston on a sandy peninsula at the mouth of its harbor, this village of around 3,000 inhabitants was founded in 1494 by the Spanish - who ruled Jamaica until 1655 - became under the British Caribbean's largest city, with around 7,000, and as a twist was known as the "wickedest city on earth" because it became a haven for privateers and pirates including big names like Blackbeard, Anne Bonny, Calico Jack, and Henry Morgan. Two thirds of Port Royal was wiped out by an earthquake-induced tidal wave in 1692 (leading to the founding of Kingston), and the colonial government tried to rebuild what was left - which included Fort Charles, built in the shape of a ship, more recently restored, and open to visitors today. The submerged underwater ruins, likely to soon be named a UNESCO World Heritage Site, can still be visited by divers today. 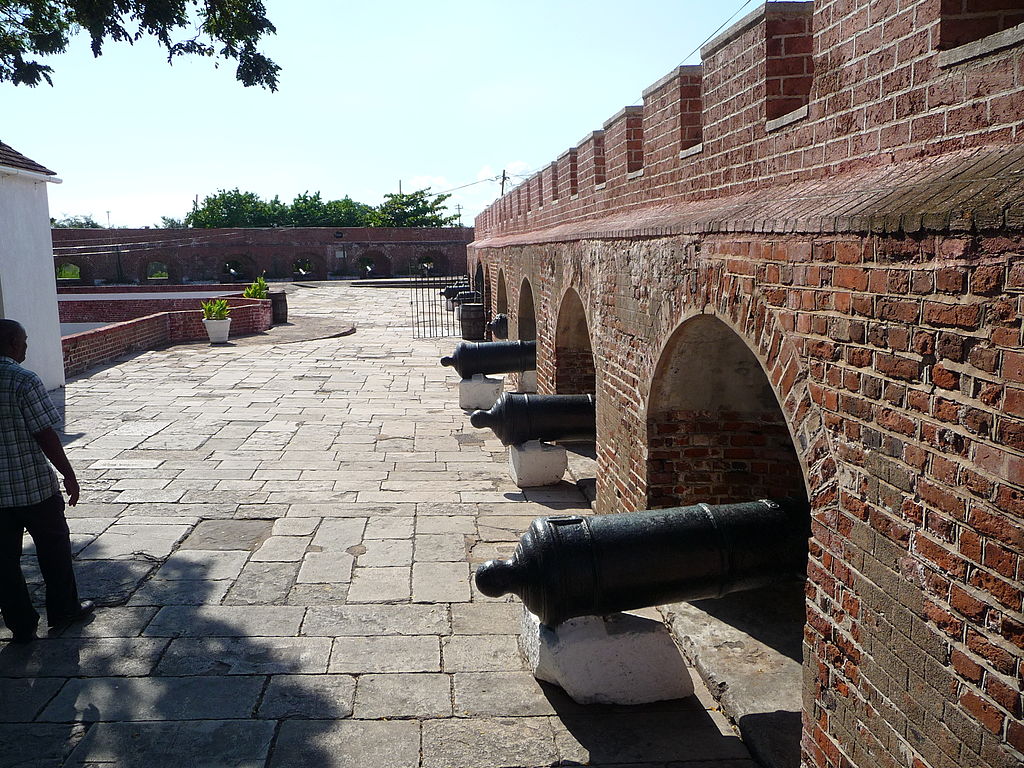