Built in stages from the 15th through early 20th century, this temple dedicated to a warrior goddess is located in Deshnoke, 30 km from the city of Bikaner. It's also known as the "temple of rats" because it's home to some 25,000 rats which are revered and cared for. In addition to drawing Hindus who come to pay their religious respects, Karni Mata also understandably draws plenty of tourists from beyond India. 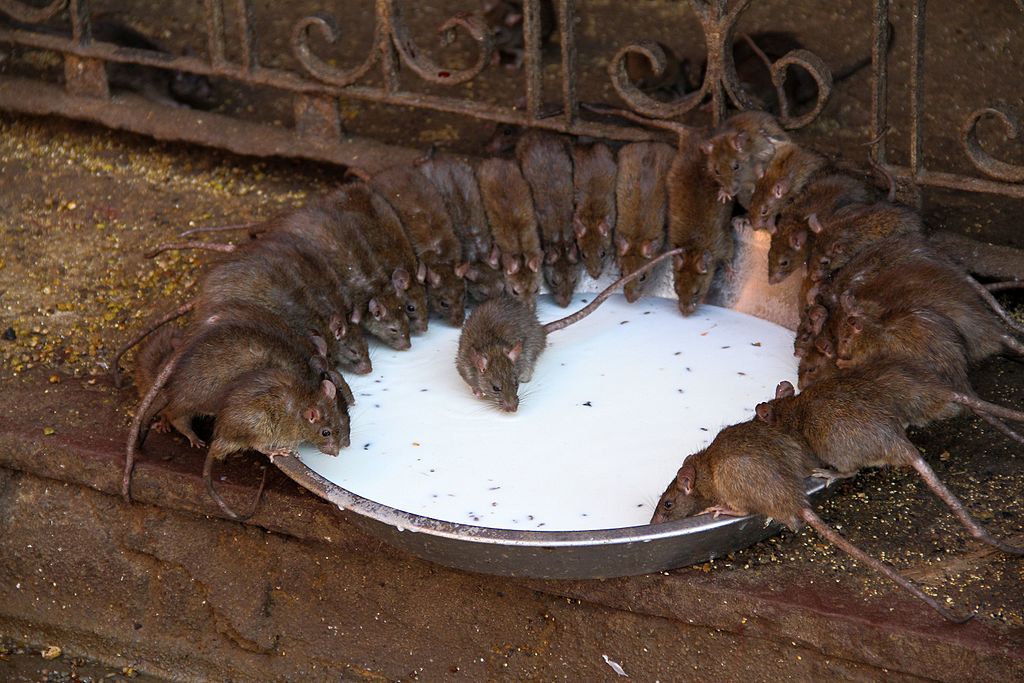