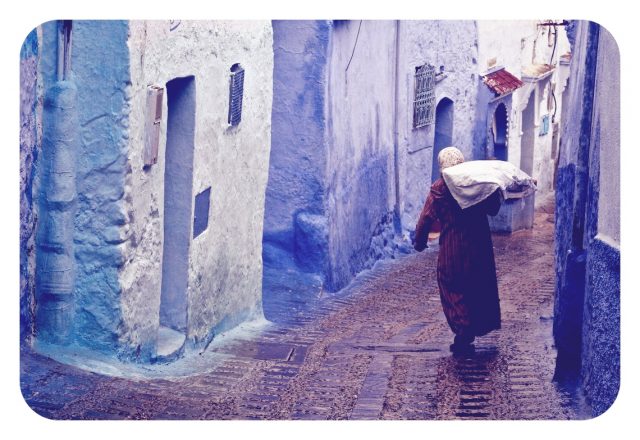 Blue skies, blue seas...this is a colour which we associate with open spaces, freedom, expansiveness, and inspiration. Blue's cool tonality also invokes, among other things, rest and tranquillity; it's even been shown to lower blood pressure. And of course, especially when it's used in architecture, blue never fails to impress - especially when it's the dominant colour scheme, as in a small number of towns and cities throughout the world, such as Jodhpur, India; Júzcar (aka "the village of the Smurfs") in Spain's Andalusia region; Sidi Bou Said, Tunisia; and Chefchaoun, Morocco.

Also often known as Chaouen, this town of some 43,000 set at the foot of the Rif Mountains of northwest Morocco about two hours south of Tangier, is most famous for its 16th-century medina (old quarter) packed with buildings in various shades of blue.