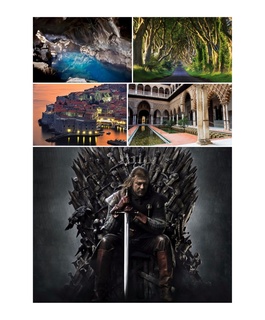 Movies/TV tourism is of course a popular and growing subsector of travel, as New Zealand joyously discovered with Peter Jackson’s Lord of the Rings/The Hobbit franchises and areas of the United Kingdom found in the wake of the Harry Potter films. More recently it’s been the turn of HBO’s Emmy-winning television blockbuster Game of Thrones, whose just commenced fifth season is currently thrilling record numbers of viewers around the world – and inspiring more than a few of them to make their next trips be to locations where the series has been filmed. Well, here they all are - in Croatia, Iceland, Malta, Morocco, Spain, and the U.K. - and here, too, is why they’re...   keep reading