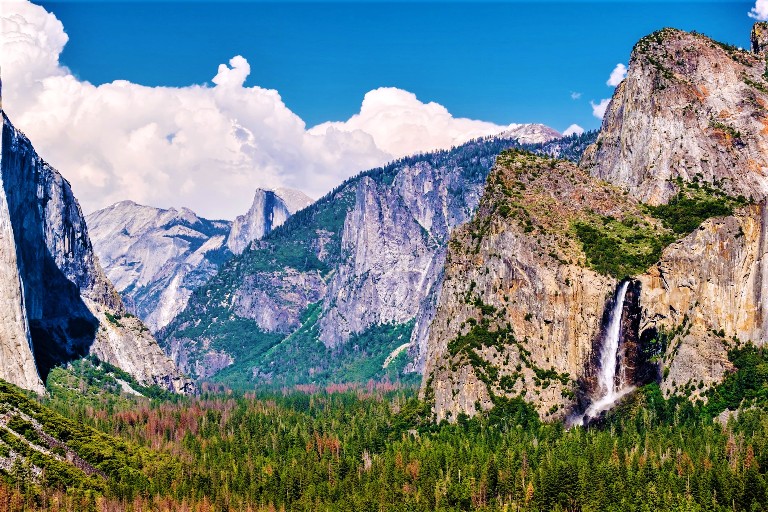 When I encountered my first giant sequoia in Mariposa Grove, my head did not tilt back far enough to see the top. Walking around the trunk practically required a GPS. Leaving noise and civilization behind to walk among these ancient trees brought us to the famous "Grizzly Giant," the grove’s elder statesman, which rivals the Statue of Liberty in height and sports a branch extending outward that is larger than the trunks of most trees. 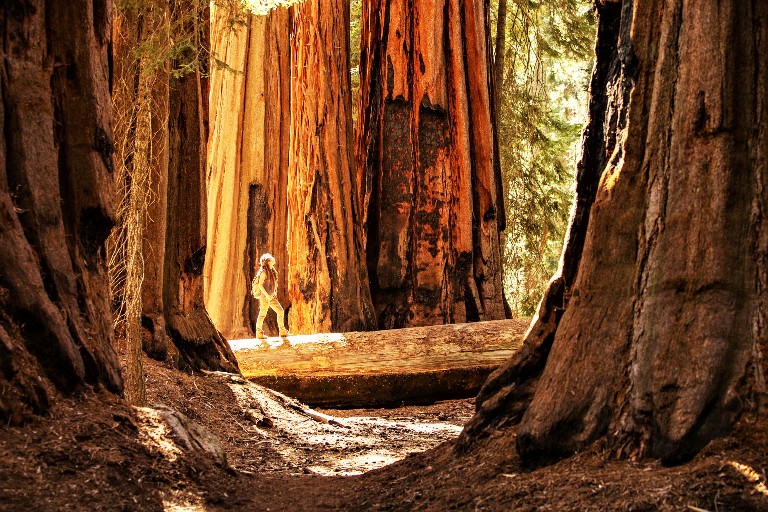 Welcome to just one of the many natural wonders of Yosemite National Park, about four hours north of Los Angeles. The expanse of Yosemite is invigorating, a place where people have always gone for social distancing; its history immersive, its beauty immeasurable, its tiny towns intriguing. Yosemite is a visceral experience: you not only see its grandeur, you feel it inhabit your body. Driving through the park along hilly, winding roads overlooking the tree line beside you and towards the mountains ahead is but a harbinger of the visual delights yet to come. Those that have succumbed to the ever-more-present California wildfires add a touch of sadness to the otherwise exhilarating drive.

You Can Spend Days Exploring Yosemite - But You Don't Have To

Unless you plan to spend days exploring the park from all four entry points, accept the fact that the park is huge and you’re only going to see the merest fraction of it --  90 percent of visitors see only 3 percent of the park -- but it will be enough to enthrall nonetheless. And there are options right outside the park as well that beg to be noticed.

When you think of Yosemite, maybe you visualize waterfalls and scenic overlooks; perhaps mining towns and giant sequoias; or even bountiful hiking trails and old historic villages. You probably don’t picture 15,000 fossils from close to 800,000 years ago or a collection of Ansel Adams photos or any number of museums that are themselves small gems of mining, ranching, Native American and logging lifestyles.

That’s the ying and yang of Yosemite – the many things you come to the park to see and then the lesser-known attractions that populate Madera County that you never expected. It makes for an enticing combination. 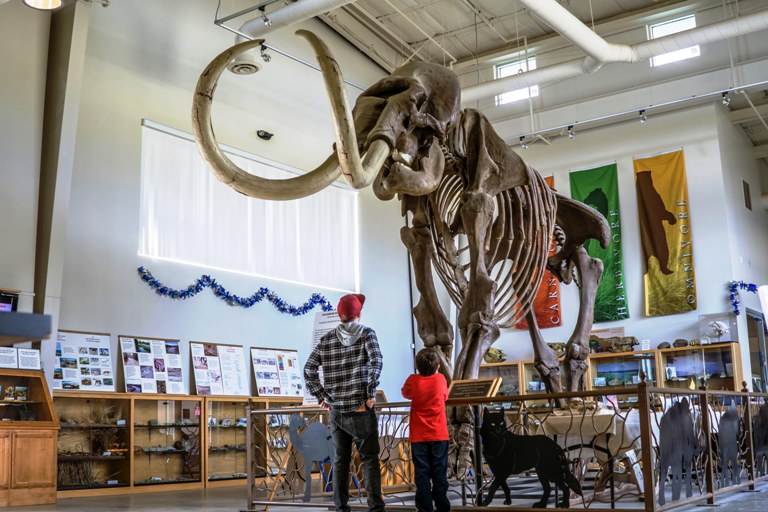 The Fossil Discovery Center in Madera County, California has one of the largest collection of fossils from the Middle-Pleistocene era     Photo courtesy of Visit Yosemite/Madera County

There is no way to prepare for the indescribable thrill of Glacier Point. The expansive roadside vistas make scenic overlook signs woefully inadequate. Dramatic multi-colored layers of massive rock formations reaching ever-skyward, punctuated by occasional waterfalls breaking through the sepia-toned line of sight. And not just any waterfall – but Yosemite Falls, at 2425 feet, one of the largest in North America. 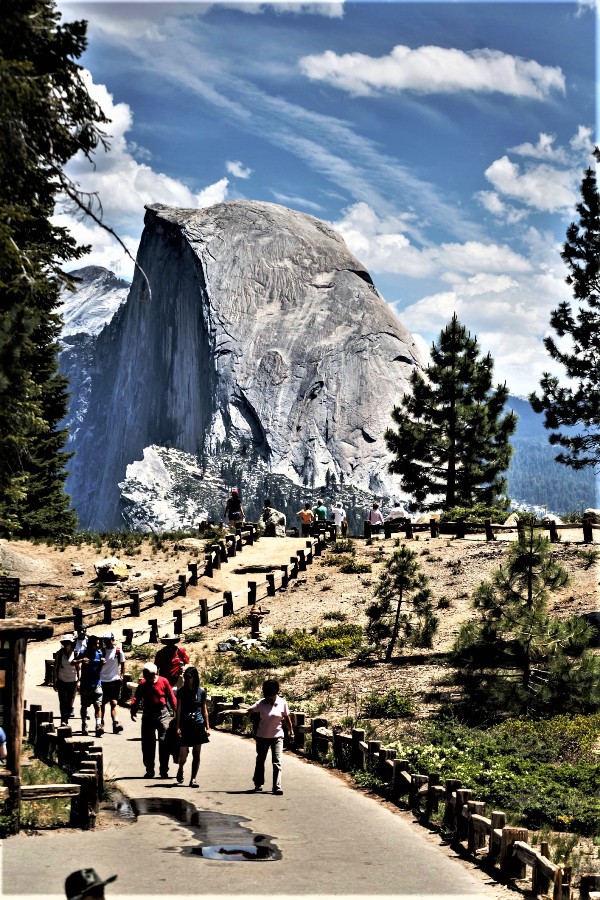 The famous Half Dome dominates the landscape and as trite as it sounds, especially for one whose career is devoted to words, it is one of the most spectacular creations of nature I’ve ever encountered. Or as overhead from a three-year-old: “That’s a big wow!”

Did I mention that the views are deceptively unending and can be observed from multiple angles, each eliciting a new round of oohs and aahs? Mountainous cliffs that go on and on seemingly beyond infinity and certainly beyond one’s imagination. Give yourself time to recover a bit before approaching El Capitan. Sheer cliffs hundreds of feet high that for some inexcusable reason people actually choose to climb. I was happy to watch the little ant-like creatures from below. 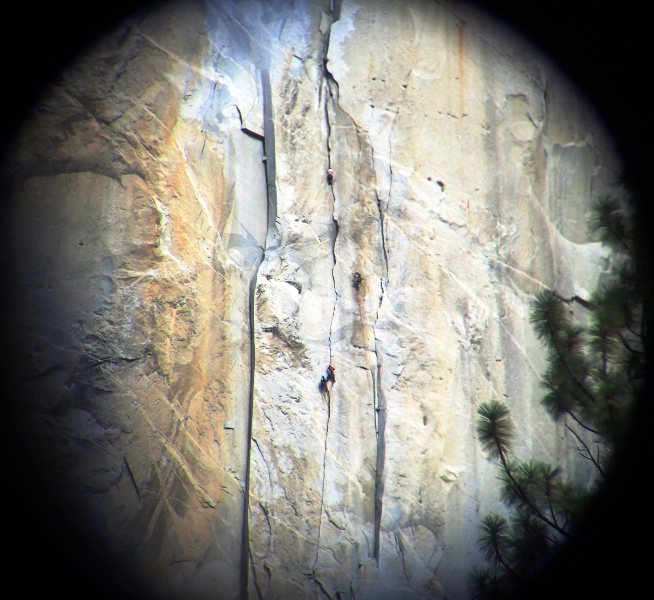 You need binoculars to see the climbers on El Capitan in Yosemite National Park   Photo by Erin Donalson/Dreamstime.com

Unless you easily tire of endless photo ops, take the time to stop – a lot. And appreciate yet another opportunity to revel in nature’s gifts; to reflect upon where you are, and where you probably will often want to return. And for a change of pace from ogling – and to give your neck a chance to re-align itself -- a fun excursion on the 1928 Sugar Pine Railroad Midnight Special is called for. Four miles of tracks take you through decades of history recounting the lumber industry and Gold Rush era that defined the area in the late 1800’s.

For railroad buffs, they use one of the world’s largest narrow gauge Shay locomotives still operational today. And you’ll be riding in open-air log flumes replicating the way Sugar Pine lumber was transported from the mountains down the rivers to their land-based destinations. You’re reliving history – but before you go, you get to eat a traditional lumberjack’s barbecue dinner – steak, hot dogs, succotash and baked beans -- accompanied by some traditional lumberjack sing-a-longs, all the while under the very Sugar Pine trees responsible for the historic majesty. 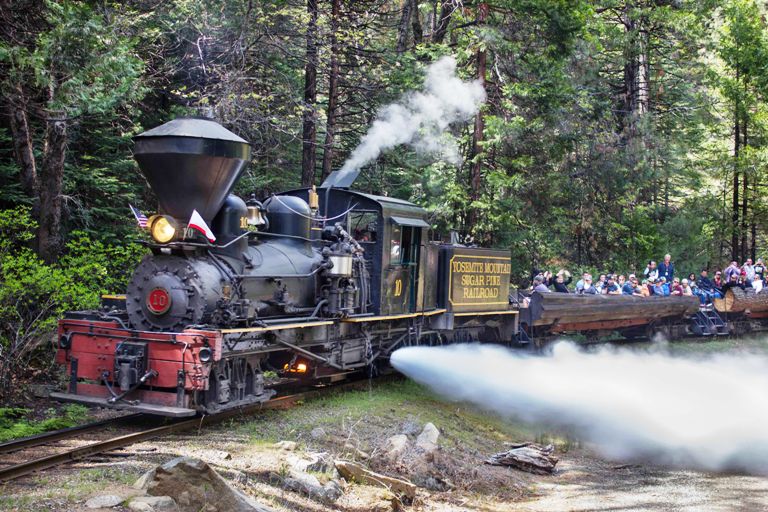 The Kids’ Depot, a large toy store, will probably appeal to the kids more than the history of the lumber industry until they learn they can actually pan for gold. Not exactly a replica of the 1849 Gold Rush, but don’t tell that to a five-year-old. Folks a whole lot older than five, listening to the specific panning instructions and trying their hand at the age-old get-rich-quick venture, were just as transfixed. It’s a meaningful and nostalgic way to wrap up a visit to Yosemite National Park. Your neck will thank you. 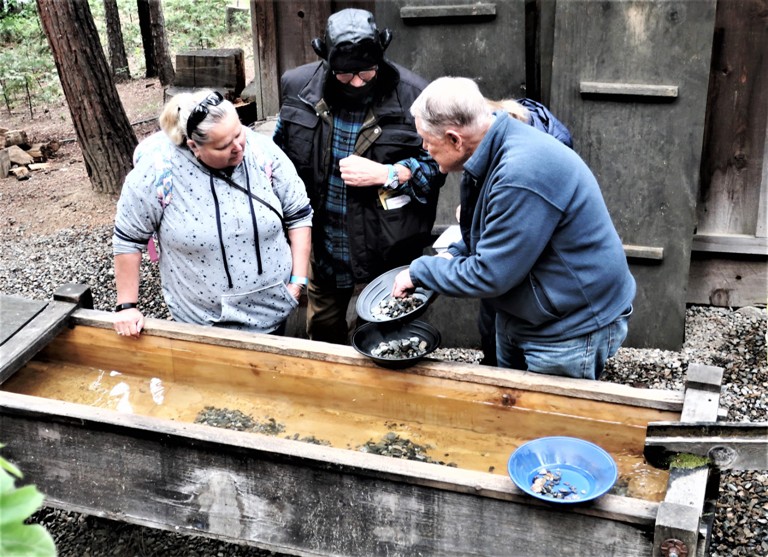