I admit it: I'll go see just about any movie set in a great locale, even if I suspect the plot's a stinker. That partly explains why we braved the frigid winds rattling the Kingston-Rhinecliff bridge last night to join a dozen or so Upstate New York locals at the Hudson Valley Mall to watch Venice, Angelina Jolie, and Johnny Depp (in that order) in The Tourist.

We'd been warned: "Pretty people went to Venice and made a pretty movie. Joining them won’t be thoroughly satisfying, but it won’t kill you, either,” said AP's Christy Lemire. "Fatally low on carbonation," said Entertainment Weekly's Owen Gleiberman. And the final nail in the coffin: "The plot is absurd," according to Roger Ebert, who needs no introduction. 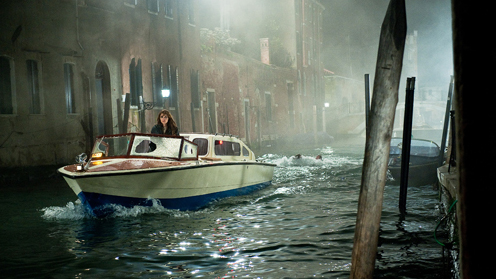 Still, I don't pay critics much mind, as they have to say catty, provocative things. It's in their contract. And I like to make up my own mind. But as the opening credits faded and Angelina just kept posing and pouting her already pouty lips, I began to fear they were right.

Admittedly, those lips had a tough act to follow: earlier in the evening, we’d huddled around a wood-burning stove and watched In Bruges on DVD, courtesy of jolly ol’ Sinterklaas, who’d handed out all sorts of neat gifts at the Flanders Tourism Office’s holiday party in Manhattan a few nights before. That, in my occasionally humble opinion, is a textbook example of plot and location working hand in hand to thrill and delight the audience, enhanced by on-key performances and stunning visuals. If you haven’t seen it yet, check it out first chance you get… and don’t be surprised if you find yourself booking a ticket to Brussels next summer. 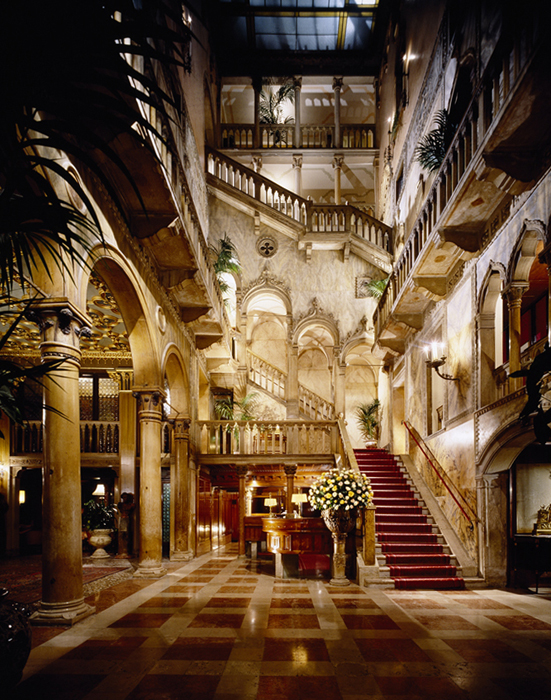 But back to Venice. The fabled city shines in this pic. Even the canals look clean, which is not exactly what I recall from my last trip. If you’ve ever been to Venice and want to relive those heady moments – or if you’ve never been, and want to take a quick tour for the price of a movie ticket – this flic’s for you.

Is the acting stiff? Yes. It. Is. Is the plot absurd? Not at all. Just think of it as a transvestite James Bond (Angelina) meets Mr. Magoo (Johnny, the bumbling math teacher from Wisconsin she draws into her web). But who cares? For a couple of hours, you can stay at the unparalleled Danieli (left) with Angelina Jolie or Johnny Depp (or both), depending on your preference; attend a grand ball awash in diamonds and intrigue; and lose yourself in the canals of Venice with a mysterious femme fatale while Russian mobsters try to blow you out of the water (above). Total escapism, bubblegum for the mind… and I loved it.