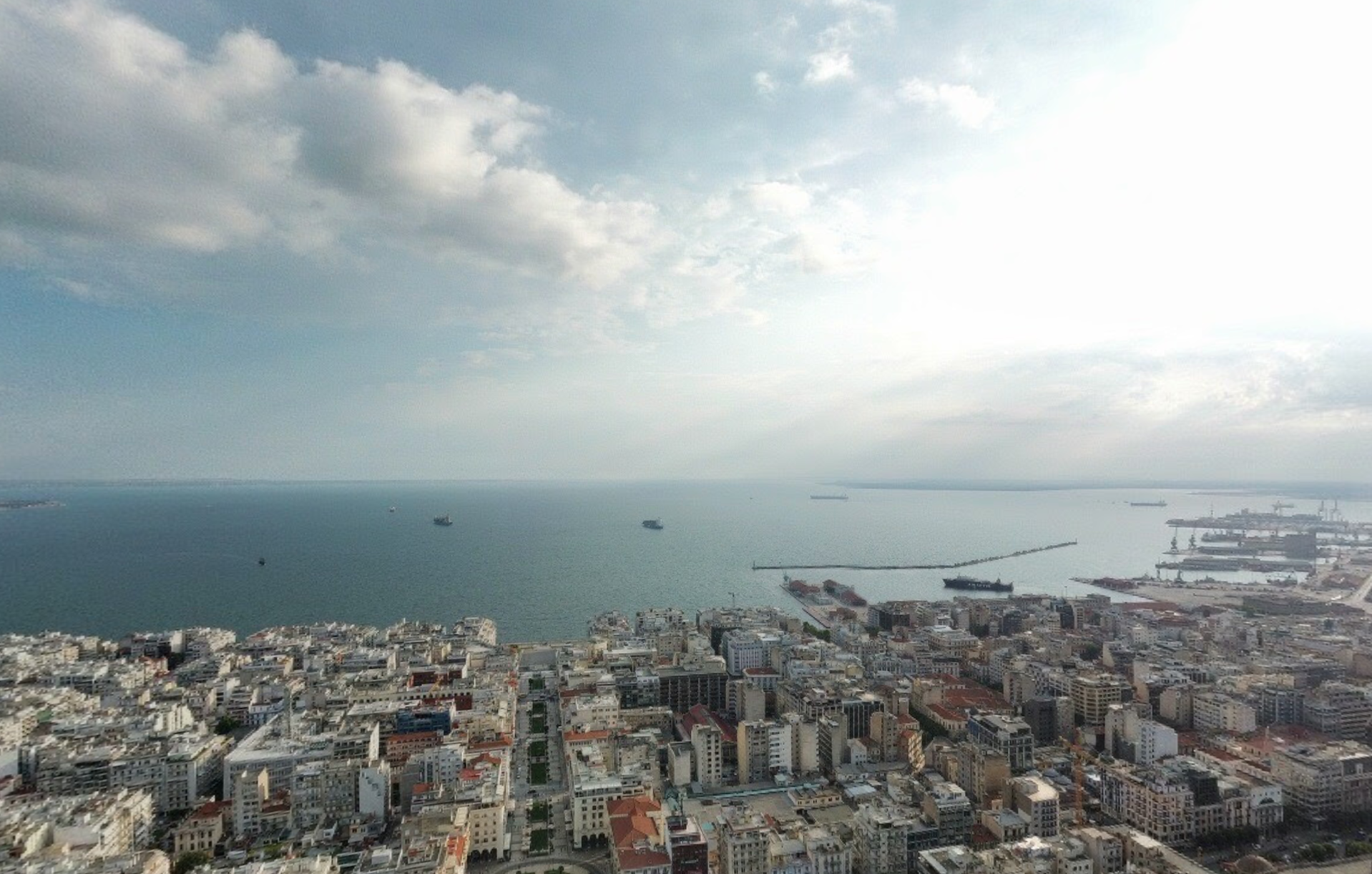 Also known as Salonica and Saloniki, Greece's second largest city (with a metro population of over a million) is a five-hour drive or 3½-hour flight from Athens, on the northwest corner of the Aegean Sea, and offers a huge helping of history (dating back to its founding by a king of ancient Greek Macedonia, with illustrious figures including the likes of Alexander the Great and Aristotle) with a vibrant modern culture (fed especially by a huge student population) and dining/café scene. 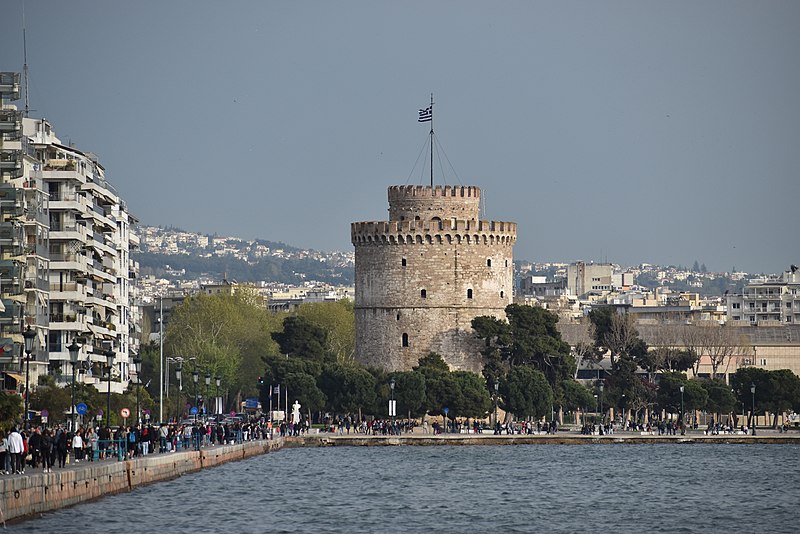 Though much of what we see now was built in the 20th century, there are still traces of its early Christian and Byzantine past - listed as a UNESCO World Heritage Site - as well as ancient Roman and also nearly 500 years of Ottoman Turkish rule, from the 15th through the early 20th centuries. Top examples include:

You can see the triumphal arch (locally known as the Kamara), rotonda (including fine mosaics), and palace of the emperor Galerius - who reigned for just six year, 305-311 CE - as well as the even older remains of a Roman theater, square, street, and marketplace.

One of the most prominent is the Heptapyrgion (better known locally by its Ottoman name, Yedi Kule), a fortress built in the 9th century on the Thessaloniki Acropolis, at the city'northeastern highest point, and further enlarged/developed by the Ottomans in the 1430s. The Byzantine baths dating back to the 12th-14th centuries are handsomely restored. And there are a number of churches, such as Aghios Demetrios (originally founded as a small shrine in the 4th century, and dedicated to the city's patron saint), the 5th-century Acheiropoietos and Aghia Sophia, and the 11th-century Panagia Chalkeon.

The most famous, adopted as the symbol of the city, the White Tower (above) was built by the Ottomans shortly after their conquest in 1430. Ten stories tall, affording some nice views over the city and Thermaic Gulf,  it's open to the public and is home to exhibitions about local and regional history throughout the centuries. Others include the Bey Hamman baths, dating back to the mid-15th century; the also-15th-century Bezesteni fabric market; and mosques from medieval (Hamsa Bey, Alaja Imaret) to Belle Époque (Geni Tsami, built in 1902).

There are nearly two dozen fascinating museums devoted to a variety of subjects. Several outstanding ones include:

inaugurated to great acclaim in the 1990s, its exhibits cover the first centuries of Christianity in this region, including history of Byzantine emperors as well as daily life for lay people and monks,

Located in a onetime warehouse, Greece's only cinema museum was inaugurated in 1997, when Thessalonika was that year's European Capital of Culture, and it's also the headquarters of the city's annual international film festival.

The only museum dedicated to the Olympics in the land where the Olympic Games were invented millennia ago consists of four halls with interactive exhibits covering the Olympic movement and games throughout the ages, as well as the science of sports. There's also a 300-seat amphitheater.

Most café life and nightife can be found close to the port, along the beach promenade; the Ladadika quarter (above); Try Mylos, a onetime flour mill packed with bars, cafés, restaurants, theaters, and music venue; and concert hall Fix Factory of Sound. Plus party boats cruise the gulf during the warm-weather months.

In addition, there are a couple of cool festivals each fall. At the end of September, the Street Mode Festival is one of Greece's largest, a three-day celebration of urban street culture, with more than 15  performances and exhibitions including art, music, and sports such as parkour and BMX; this September 23-25 it's back after a two-year hiatus due to the COVID-19 pandemic. Then in late October/early November the aforementioned Thessaloniki Film Festival southeastern Europe's leading film festival.

Get more info from the city's website Thessaloniki.travel. Regarding accommodation, you'll find special offers on Hotelhunter.com, with discounts of up to 70 percent; plus read more about Thessaloniki hotels here.