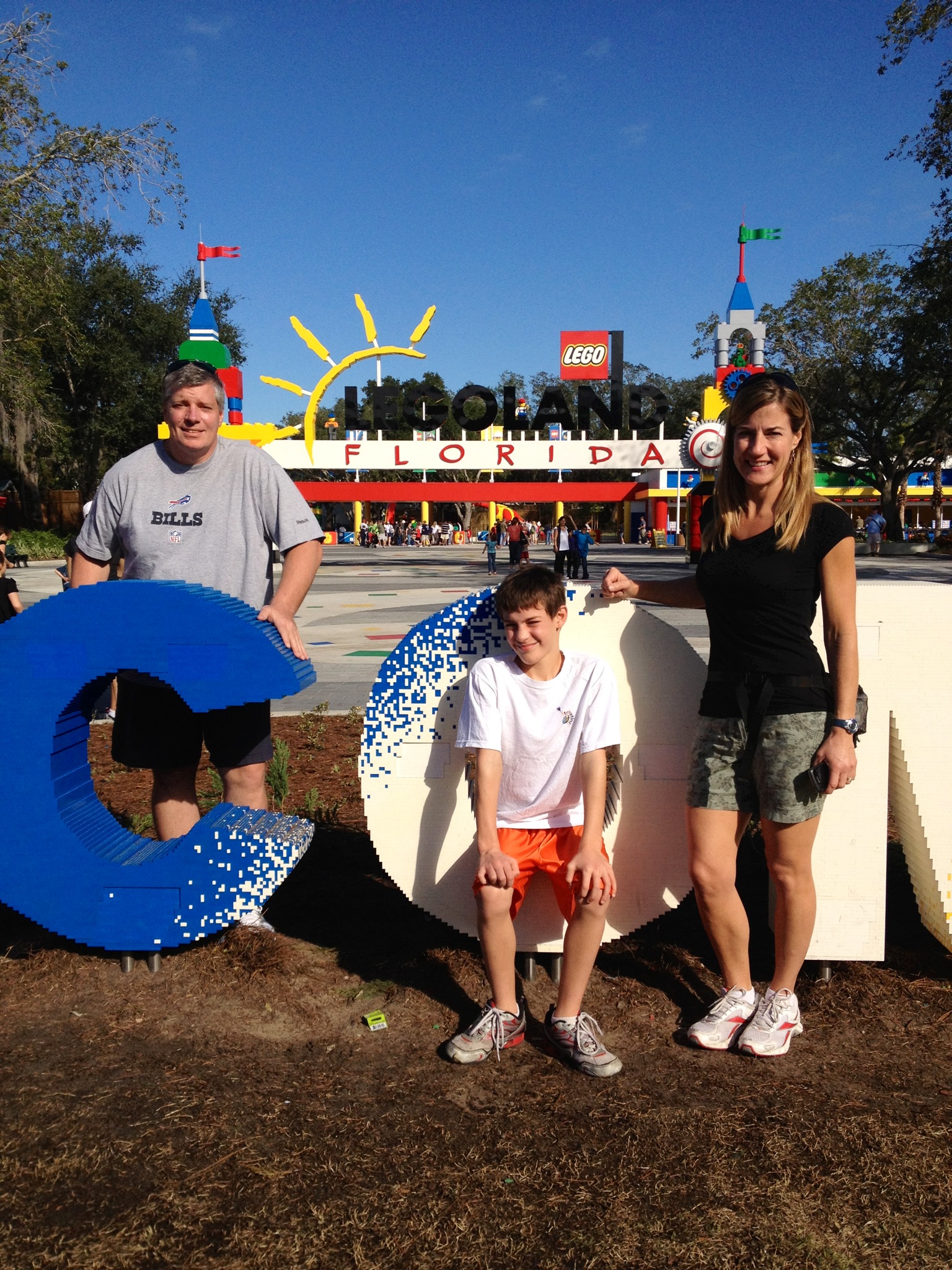 Many young boys are passionate about Legos, and my 9-year-old Matthew is one of them. So on our last trip to Orlando, several weeks ago, a visit to the new Legoland was of course a must. This new amusement park opened October 15 in Winter Haven, a 45-minute drive south of Orlando, on the site of the former Cypress Gardens. Driving down, it felt like we were on a pilgrimage to Mecca - the anticipation was radiating from the back seat of our rental car.

The park was clean, bright, and cheerful, as was the staff. Impressive Lego creations in a variety of sizes are scattered throughout the park, starting with an enormous dinosaur is at the entrance. And of course there are plenty of rides. One of my son's favorites was the Ford Driving School. The kids watch a short driver-ed video and are then led outside to a track simulating city streets. They pick a car and start driving, following street signs and traffic lights, and it's all up the their own driving skills. After they're done, they earn their very own drivers license with their photo on it. (There's also a separate versiom of this, by the way, for very young children.) 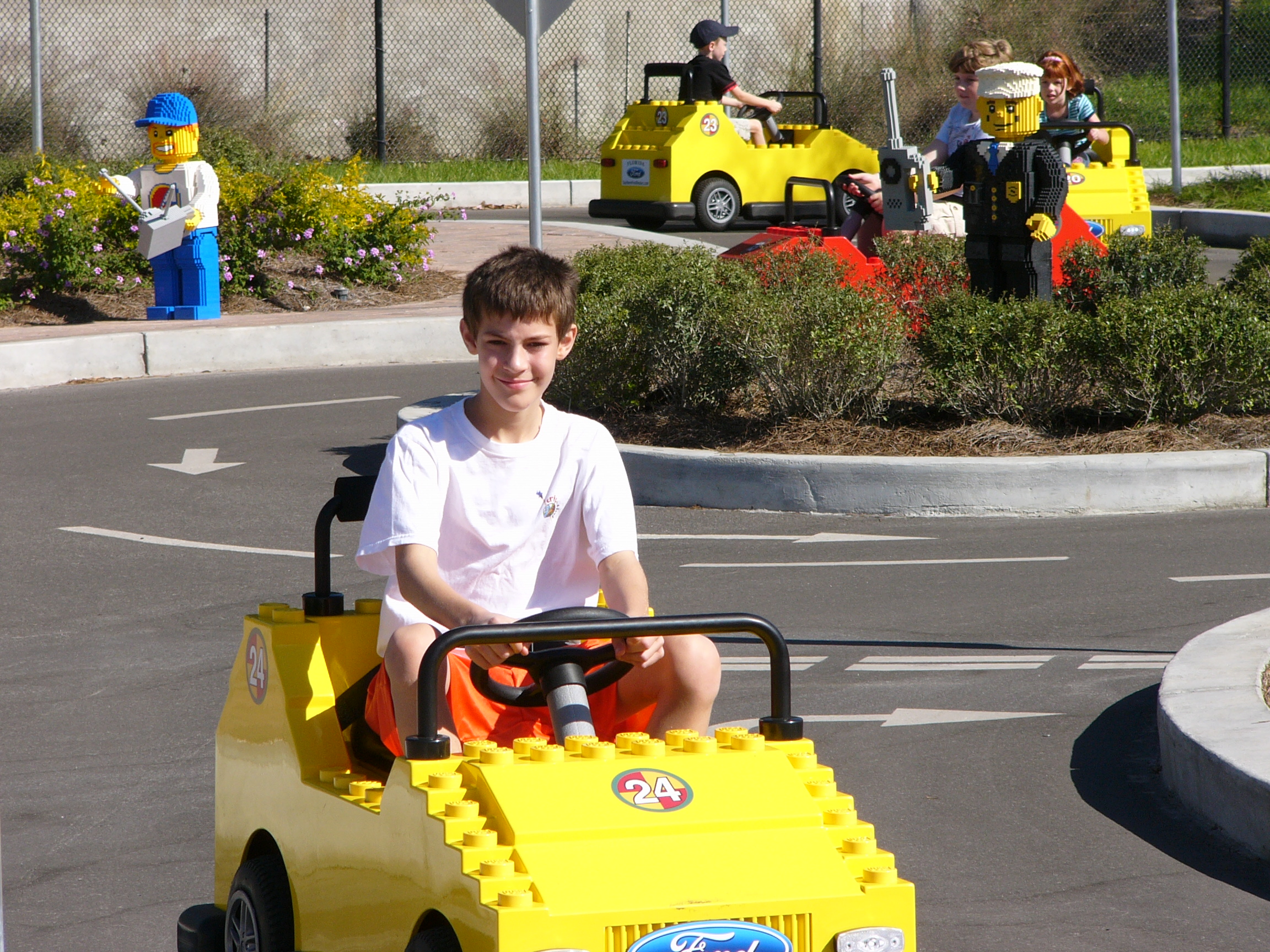 Another favorite was the pirate-themed waterski show (a Lego-fied version of the show Cypress Gardens used to be famous for).  It features life-size Lego soldiers on waterskis and silly antics of good versus evil, with the good guys (of course) prevailing to the cheers of the crowd. The water ski stunts were very impressive, and the 25-minute length was just right duration for a preteen crowd.

Boating School  A lazy river where kids drive their own little boats – sometimes alone, sometimes with mom or dad helping out. Matthew ended up not liking this as much, though, because of a bit of bad luck – a kid in a boat in front of him created a traffic jam which threw him of course, and he was never able to recover completely. 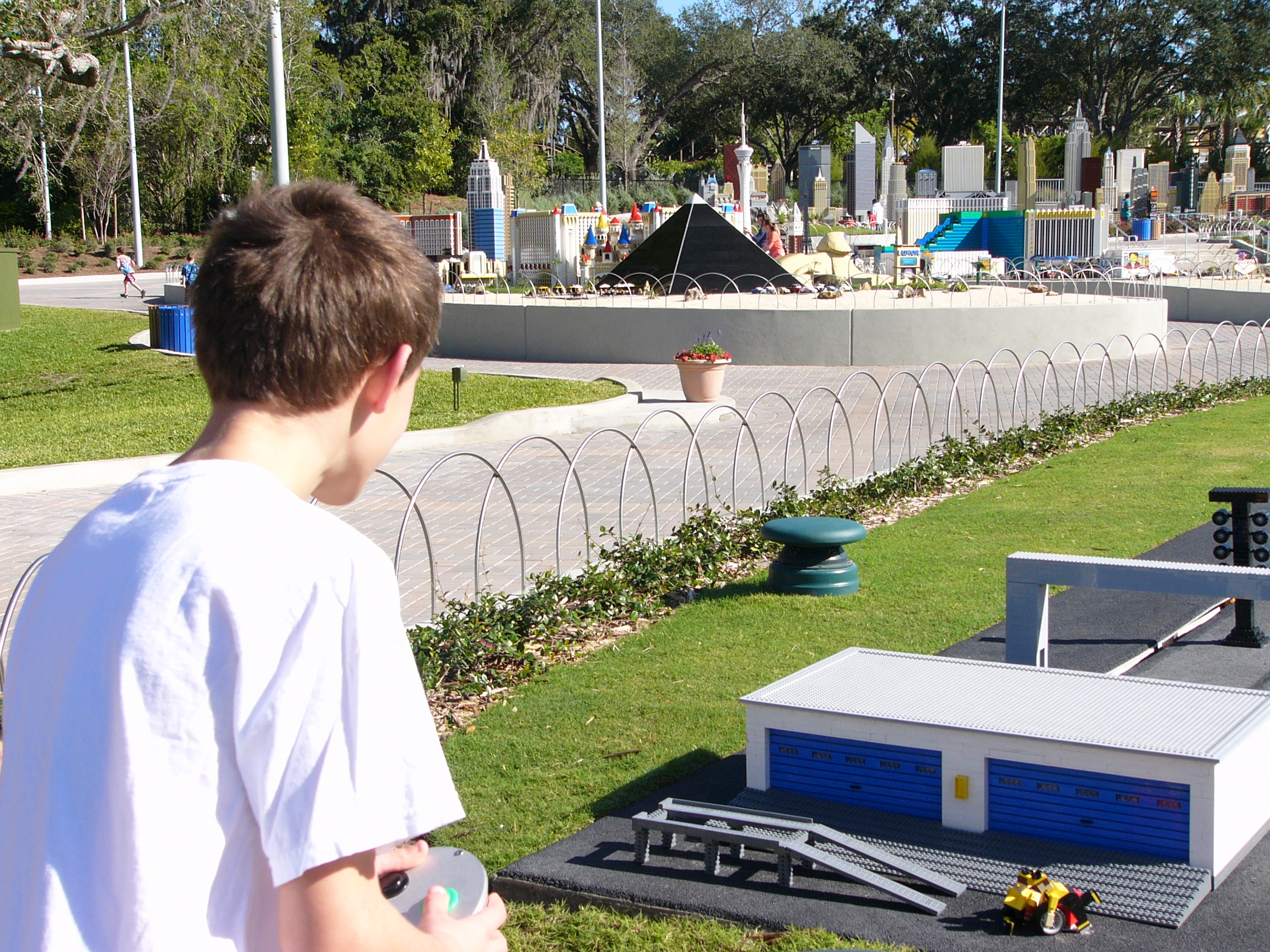 Flying School roller coaster This is a pretty straightforward suspended roller coaster, and boy does my boy love these – he went on three times in a row!

Aquazone Wave Racers A little like a merry-go-round on water, on steroids – woo hoo! And as you spin around, you get zapped with water cannons and geysers. No way to get outta this one dry, for sure.

Miniland USA  An area that reconstructs in Legos various well-known parts of Florida and the rest of the United States. Pretty impressive, and Matt was tickled to recognize several New York City landmarks. But gee, they sure give a lot of space to Las Vegas – getting the gambling bug revved up young, I don’t know. There’s lots more I don’t even have room for here, plus several cool indoor shows. Some areas are more geared for very young children, while others are more appropriate for older kids. And as for me, I also loved the 30-acre swath of Cypress Gardens they decided to preserve, a little walk through flower beds and a forested area with Spanish-moss-draped magnolias. Another thing they kept, by the way, is “Island in the Sky,” a rotating platform with seats that gives you a bird’s eye view of the whole spread before you continue on your day.

And now I hear that by next summer they’ll be adding a whole water park section. Well, I think I know at least one trip we'll be taking in 2012.