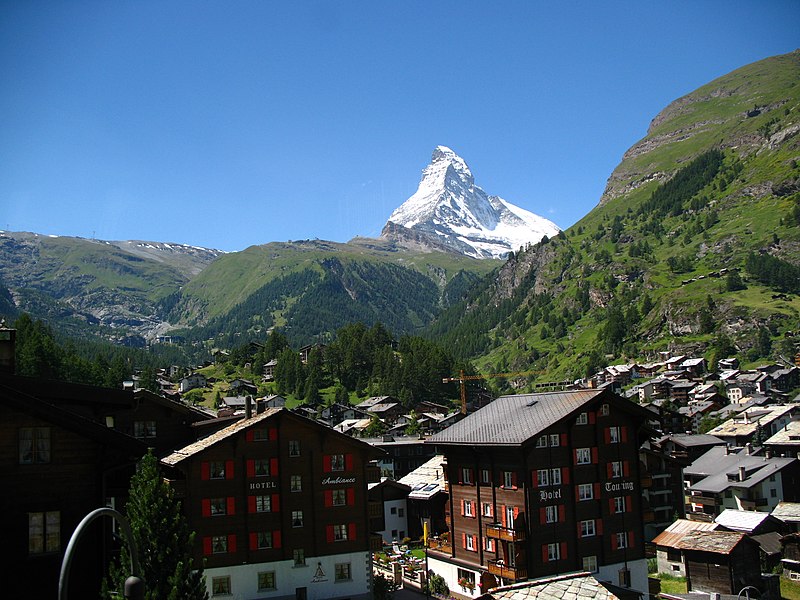 Along with its culture and history, Switzerland's dramatic Alpine landscapes lure millions of visitors  throughout the year. In addition to its legendary skiing and snow sports, there are myriad opportunities for adventure, ecotourism, and generally enjoying this country's great outdoors from glittering lake shores to green meadows and pretty vineyards. Here are ten terrific examples, from cities to countryside, you can enjoy as part of Switzerland tour packages.

In French Switzerland, the country's second largest city is the European headquarters of the United Nations, and in addition to its history, culture, and varied dining scene, it's very much a green city, with a  fifth of its land area devoted to parks. Mont Blanc rises nearby, and sights include the grandiose Cathedral of St. Pierre and the monumental Jet d'Eau in Lake Geneva (also popular for its pleasure cruises). The city is also home to a number of interesting museums; besides the usual ones devoted to art, natural history, and science, there are others about glass/ceramics, marionettes,  and the famous Swiss watches.

Also located in the French-speaking region, the country's cheese capital is home to Gruyère, used among other things to prepare fondue (you can visit the factory where it's made). But it's also a charmer due to its medieval core (including a pair of , centuries-old castles) located on a hill overlooking a beautiful lake. The town is also known for its rich cream and a meringue dessert made from it.

The town "Between the Lakes" (Lake Brienz to the east and Thun to the west) has attracted tourism since the early 19th-century, starting with mountain spas with spectacular Alpine views including peaks such as the Mönch, the Jungfrau, and the Eiger. It's popular with backpackers, ecotourists, and adventure travelers, interested in the nature and outdoor activities in the surrounding mountains.

In Switzerland's German-speaking portion, this city of around 82,000 is also popular with visitors thanks to its car-free medieval quarter and beautiful setting, on lovely Lake Lucerne and surrounded by majestic mountains. It's a delight to wander the waterfront promenade; strolpast bubbling fountains and fresco-clad historic buildings; and over historic bridges on the River Reuss. Lucerne is also known for its varied events, from Fasnacht (Carnival) to festivals of classical, pop, and alternative music (oh, and yodelling).

Switzerland’s iconic pointed peak is among the highest in the Alps,  towering 4,478 meters (14,696 feet). on the border with Italy and with the extremely charming and tranquil town of Zermatt at its foot (top, with the Matterhorn in the distance). This is one of the world's most popular mountain and winter-sport resorts, with wonderful outdoorsy options all year round. The accommodations here are world-class, from quaint chalets to grand resorts, yet also include some midrange and budget options, and the chic restaurants, horse-drawn carriages, and ban on cars in the town center all contribute to a charming atmosphere.

Connecting Switzerland and Italy, the Rhaetian Railway passes through the mountains of the Grisons (aka Graubünden). The engineering involved in the laying of the tracks some of the most rugged but photogenic Swiss regions of Switzerland is truly awe-inspiring. The line is about 130 kilometers long, passing through 55 tunnels and over 196 bridges - one of which is a highlight, the curving Landwasser viaduct.

In the Grisons, one of the country's most famous - and upscale - mountain towns is all about winter sports (two Olympics were held here) and enjoying its surrounding peaks, glaciers, clear turquoise lakes, and Alpine forests. But it's also internationally reknowned for its glamour and upscale lifestyle, with elegant hotels and dining (though that's not to say there aren't more modest options).

Established in the Grisons in 1914, Switzrland's only national (as opposed to regional) park so far - and the Alps' oldest nature reserve - covers just over 174 square km of pine-forested mountains, meadows, and streams replete with nearly 5,000 species of wildlife, including red deer, marmot, ibex, chamois, and fox. It's fantastic for hiking, climbing, fishing, and other outdoorsy pursuits.

Switzerland's largest city (pop. 1.3 million) is a magnet for history buffs and culture vultures. There are over 50 museums and 100 art galleries in this city. The lake Zurich is ideal for relaxing after city tour. You should ensure the Swiss National Museum is included in the Zurich tour package chosen by you.