Founded on Florida's Gulf coast in 1888 - and, yes, named after the famed Russian city (on a whim of one of the city's founders, who actually flipped a coin to decide the matter with his co-founder) - "St. Pete" has fairly little in common with its larger Slavic namesake. But one major exception is that in both you could spend days on end exploring a wealth of fascinating museums. In addition to the classic Florida sun and nearby beaches that it's known for, the ever growing arts scene and artists' communiity of "the Sunshine City" (noted in The Guinness Book of World Records for the most consecutive days of sunshine) also supports a cool roster of galleries and no fewer than seven distinct arts districts. All of which makes this vibrant city of 265,000 a great vacation destination for the culturally minded as well as a great place to live, in recent years appealing to a younger demographic as well as retirees. And when it comes to museums, you could say that St. Petersburg punches well above its weight, which are a fascinating and sometimes unusually imaginative mix of art, history, and even fun. Here are ten of the top picks: 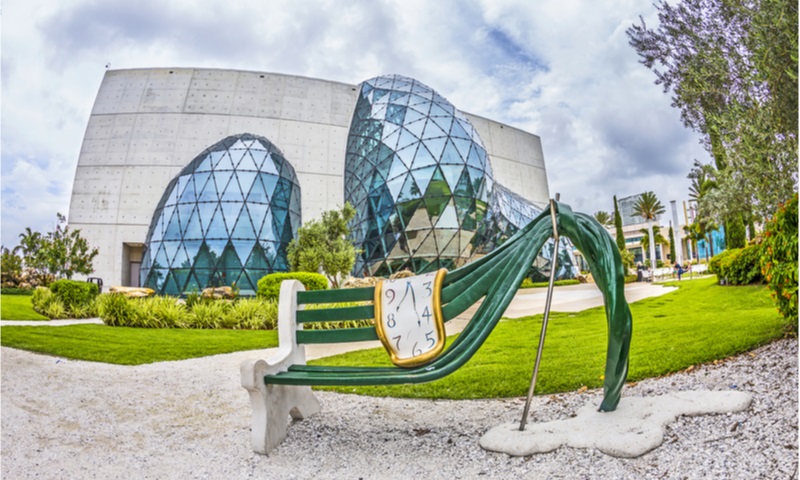 The most distinctive of all is dedicated to the quirky 20th-century Spanish surrealist painter/sculptor and his work, of which there are more than 2,400 examples on display (the largest outside of Spain) as well as photos and documents, showing the artist’s vision in bright colors and bizarre images, inspiring viewers to question the nature of reality; some of the works can also be viewed be viewed via augmented and virtual reality. Founded in 1982 by local collectors and housed in a suitably modern cement-and-glass building, A great combination of fantasy and rationality, provoking both the eyes and the mind. 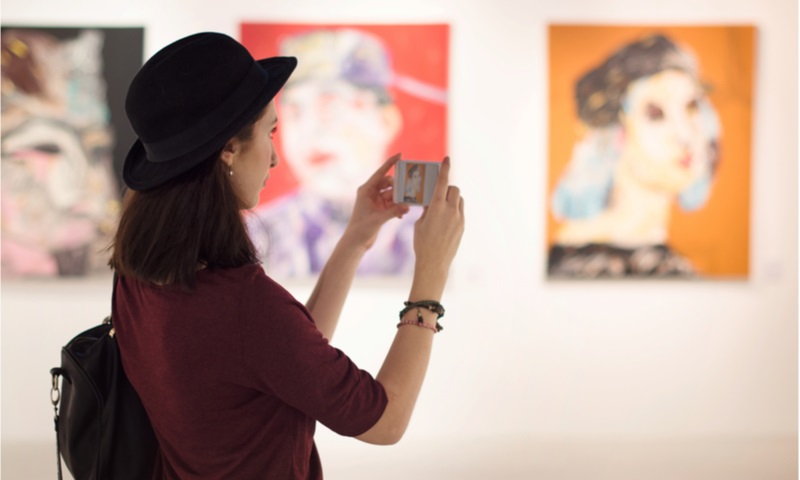 The city's first art museum, founded by Margaret Acheson Stuart in 1965, exhibits thousands of masterpieces from early antiquity to contemporary pieces, from ancient Greece and Rome to the USA, Europe, Asia, Oceania, and the Americas. With a focus on cultural education, its very large permanent display of paintings, sculptures and artifacts with marquis names such as Breughel the Younger, Monet, Murillo, O'Keeffe, and Rodin, as well as many traveling shows. Here the whole family can learn about the powerful impact that art can have on society. 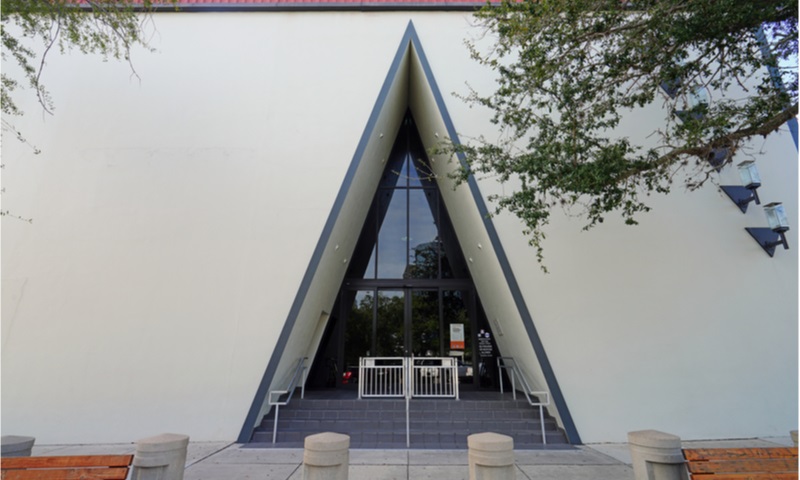 Founded by a German Jewish couple who escaped the atrocities that happened during the Shoah by immigrating to the United States, this 18-year-old institution presents one of the most horrific tragedies of the 20th century - as well as pre-Nazi anti-semitism - through photos, personal histories. art, and artifacts (the most prominent of which is a train car from Treblink concentration camp). It stands as a testament to a lesson to not repeat such genocide and mass-scale inhumanity ever again, and that all races and cultures should be united through compassion and the dignity of every human being. Not an easy experience, but a vital one. 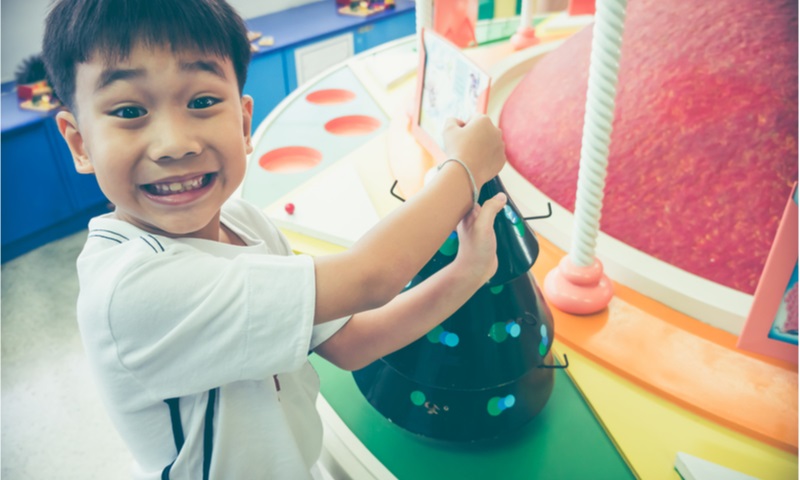 This great hands-on museum housed in a warehouse-style building downtown greets visitors in its parking lot with a Tyrannysaurus rex built of scrap metal, and the fun continues inside with a host of interactive activities including play areas; a 90-foot, pitch black "touch tunnel" encouraging kids to explore their sense of touch; a life-size treehouse; mock-ups of a hospital, firehouse, and vet's office; a climbing wall; and exhibits exploring sound, computer animation, and robots. A fantastic way to mix fun and learning! Rooted in the 113-year-old Art Club of St. Petersburg, this museum exhibits world famous figures (such as a large collection of glass artist Dale Chihuly, with its own building) but is above all community-oriented, presenting local and other Florida artists as well as running extensive workshops and programs for children and adults. Clay and glass art is a particular specialty here, and among other things you can watch glass blowers at work and even try your own hand at it. Museum of History in St. Petersburg

You’ll feel like you’re walking inside a time capsule when you enter Hillsborough County's county's oldest museum in the county (est. 1917), with lots of exhibitions of regional and Florida interest - among the most notable being a replica of the plane which made the world's first-ever commercial airline flight, across Tampa Bay in 1913), the USA's largest collection of signed baseballs; and even a few reaching well beyond the Sunshine State's borders, such as "the Lady of the Nile," a 3,000-year-old Egyptian mummy preserved in its sarcophagus, Learn more about the history of St. Petersburg through the many stories as well as temporary exhibitions, events, and activities.

One of the city's newest museums, founded by local residents Tom and Mary James around their collection of more than 500 works of art and photography - both modern and historic - from the western United States, curates that collection to show the captivating history and essence of the West, including its animals, scenery, and people, from the First Nations tribes to its pioneer and immigrant trailblazers of the 19th and early 20th century. There are also many programs and public events. 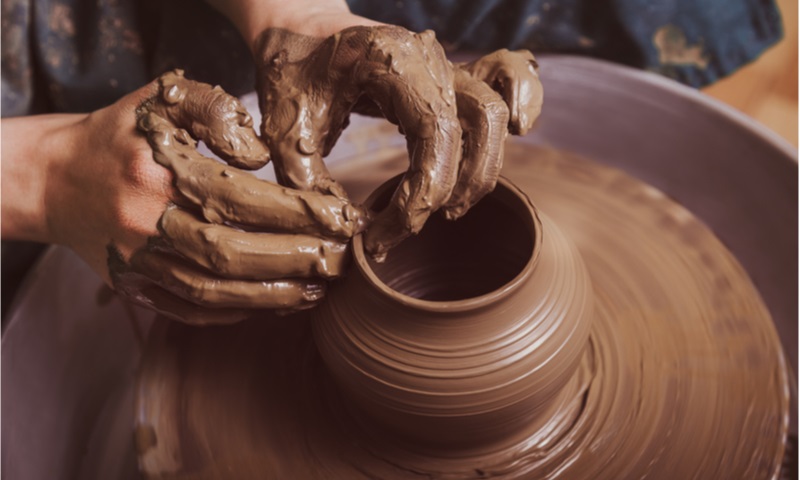 The headquarters of a 59-year-old statewide organization that promotes the state's artisans exhibits and sells their a wide variety of high-quality handicrafts including ceramics, textiles, clay, wood, glass, and much more. It's also home to 18 artisans' studios where visitors can watch them at work. A fabulous and stimulating place to see, watch, and buy! 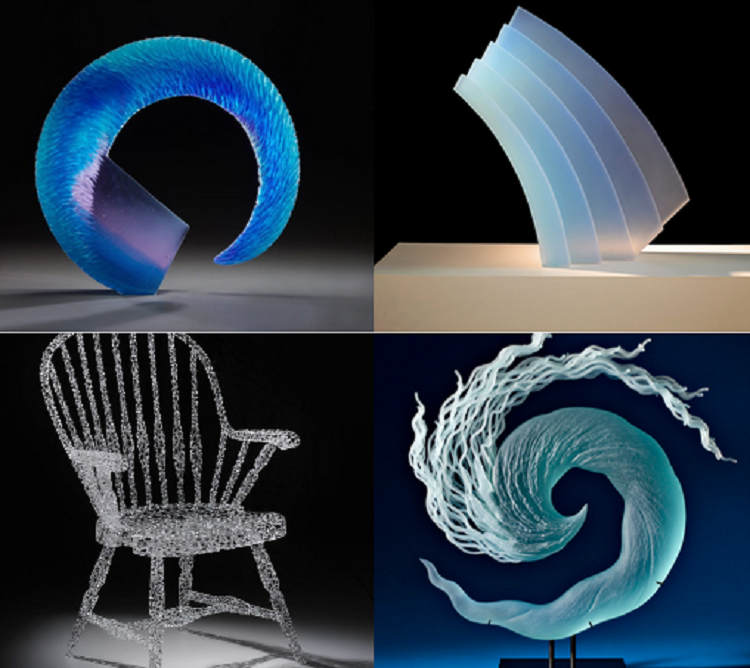 Glass has been a theme at a couple of the museums I've mentioned, and here it's the theme, with the history and evolution of the USA's glass art illuminated by more than 1,500 pieces in the permanent collection as well as temporary exhibitions, events, and educational programs. Some of the work you'll see here are truly magical, like a window into a realm of dreams and wonder.

Marking its ninth year, another of St Pete's newest - and most unusual - entries is referred to for short as MOM (of course). And though it sounds like the brainchild of a prim and matronly founder or conservative organization, but in fact was founded by New York City Martha Joy Rose, among other things leader of the "mom band" Housewives on Prozac. And it focuses on a very inclusive and progressive look at motherhood (as well as fathers and the family in general) through its history, science, and art.

If you’re looking for the Faberge eggs, you’ll have to go to Saint Petersburg (Russia) or Moscow or London or maybe New York, because they aren’t here in spite of the name of the city, but Florida's Saint Petersburg has many exhibitions that are worthy of its name. There aren’t many cities that have as many museums as St. Petersburg, FL has while many also have their own unique and interesting works of art. Mothers deserve to be veneered across the globe but I can’t think of another city that made a museum in their honor. St. Petersburg, the one from Florida, is truly a jewel when it comes to beauty and art so make sure you don’t miss the opportunity whenever you visit. If you decide to move here, you’ll be able to enjoy all those museums and many others as much as you want. There are real estate agents in St. Petersburg, FL that can find the best location closest to whichever museum you want.

Leave us a comment with your impressions after the visit, or tell us which museum seems most interesting for you. If you have any friends and family that are big cultural buffs, Like & Share this article with them. They’ll be sure to appreciate it.