When it comes to areas visitor love in the USA, New England ranks right up there, whether it’s the big-city delights of historic Boston; quaint Cape Cod and picture-postcard, white-clapboard small towns; utterly charming country inns; forested landscapes and nature; scenic coastlines and beaches; and winter resorts. But of the region’s six states, the one that all too often gets passed over is its smallest – and indeed, the smallest in the entire country – officially known as the State of Rhode Island and Providence Plantations. Just over an hour from Boston and three to four from New York City, “Little Rhody” is actually littler than most of the world’s ten largest metropolitan areas – and for example barely twice the size of Greater London; you can drive from its northern border to its southwesternmost point in about an hour or so. Yet Rhode Island manages to pack all in all of the quintessential New England charms while adding a couple of unique twists of its own. Here’s a north-to-south rundown of some of its greatest hits: 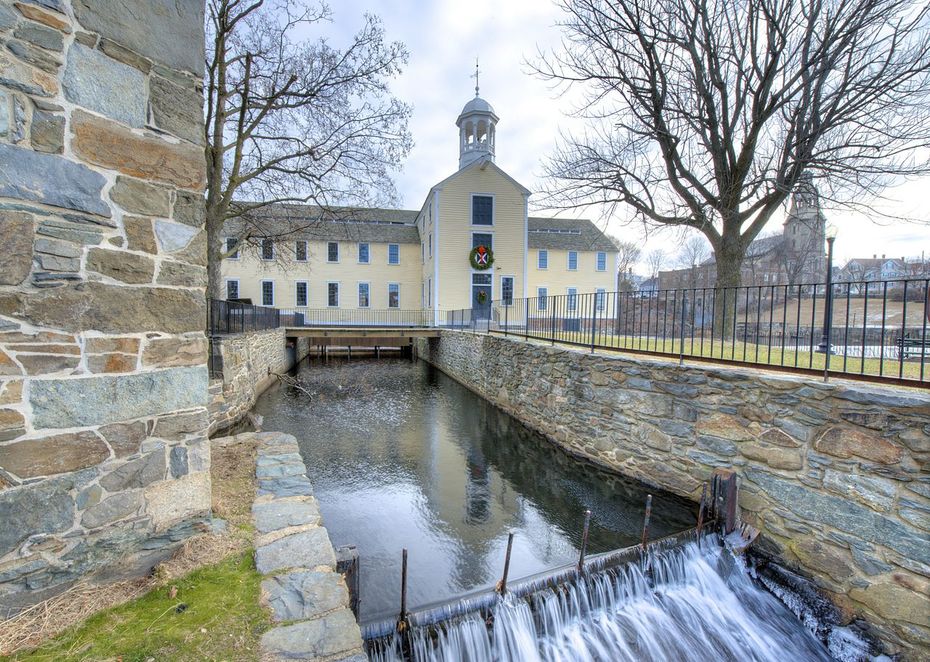 With a population of 71,000, Pawtucket and its surrounding river valley make a great stop for both gorgeous fall foliage and historical interest. In particular, Slater Mill was the birthplace of the USA’s Industrial Revolution, and is today a fascinating "living museum" that takes visitors back to the late 18th and early 19th centuries with its cottages and water-powered cotton mills. April through August, you can also experience the locals’ love of baseball, this country’s national pastime, at the games of the minor-league Pawtucket Red Sox, a farm team for the major-league Boston Red Sox. 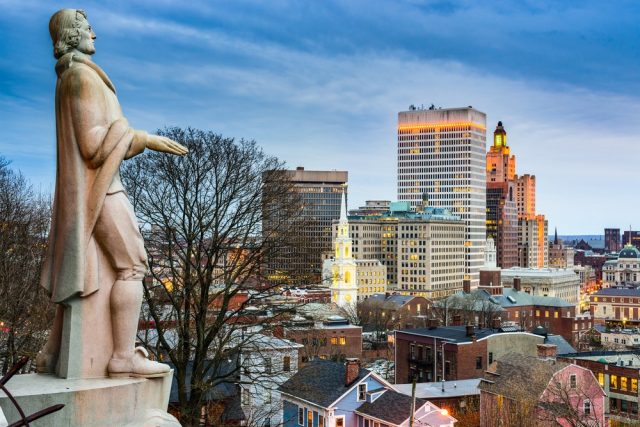 Founded in 1636, the state capital (pop. 179,000) has been reinventing itself in recent years when it comes to urban hip and artsy vibe, with the old brick buildings of downtown lined with happening restaurants, shops, galleries, and nightspots. In the meantime, Providence’s historic landmarks are some of the USA’s oldest and most distinguished, and much of its culture centres around distinguished institutions like 254-year-old Brown University (one of the USA’s prestigious Ivy League, it includes a great anthropology museum, arts centre, and antique books collection) and the 141-year-old Rhode Island School of Design (whose art/design museum has a collection reaching back to the ancient world and include the eclectic likes of Picasso, Monet, Manet, Paul Revere, Coco Chanel, and Andy Warhol). From spring to early fall, WaterFire turns downtown’s Woonasquatucket River into an evening stage for performances – including, yes, lots of fire installations. Just a half hour south of Providence, Rhode Island’s single wealthiest town (pop. 13,000) exudes a fetchingly quaint New England vibe. It’s a perfect stop to stretch your legs during a road trip, and you can take an afternoon to enjoy a stroll down Main Street with its historic wooden and brick buildings such as the 213-year-old town hall (above), with a stop for lunch at one of the many restaurants, a browse in a boutique, or a visit to the neo-Gothic Varnum Memorial Armory (1913), housing a collection of military history and weaponry. 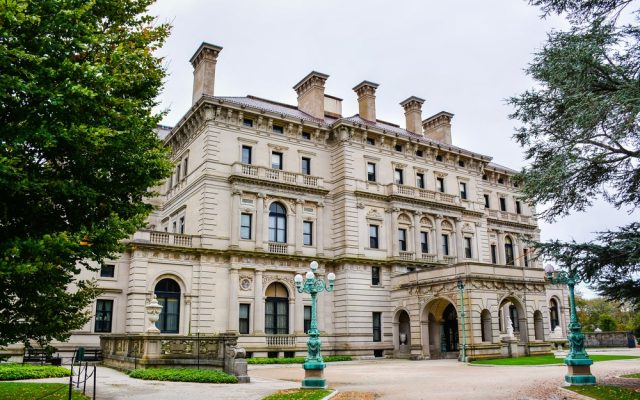 Speaking of wealthy, our next stop, another half hour south on Aquidneck Island, has been a high-society summer resort since it became synonymous with the USA’s last Gilded Age, around the turn of the 20th century. With a history stretching back to 1639 and a current population of around 25,000, this left Newport not just with an impressive concentration of colonial era homes but also various grandiose mansions such as The Breakers, (the “summer cottage” of the Vanderbilts, complete with ornate ballrooms, crystal chandeliers, and exquisitely manicured grounds), Marble House, The Elms, and Rosecliff, all National Historic Landmarks. Another local highlight is a taste of New England’s rugged coastline with the Newport Cliff Walk, taking you 5.6 kilometres (3½ miles) past some of the mansions (the easy, paved part) and continuing over the rockier, unpaved bits (a bit more challenging, but good footwear helps!). Seafood is also a star here, with numerous fine restaurants along Thames Street and Bowen’s Wharf (while eating and shopping downtown, be sure to keep your eyes peeled for various historic lighthouses such as Castle Hill, top). And of course in summer the city is the venue for famous events such as the Newport Jazz Festival. Last but not least, now it’s time to hit one of the best New England beaches (it’s not for nothing that Rhode Island is also dubbed “the Ocean State”)! Our last stop brings us from Newport an hour across the coast to the working-class beachfront community of Westerly (est. 1669, pop. 23,000), whose once languishing, red-brick downtown has been undergoing a renaissance featuring an appealing selection of tasty eateries and quaint shops. But the main reason most Rhode Islanders (as well as folks from Connecticut right next door) flock here in warmer weather is Misquamicut State Beach (above), a wide, family-oriented nearly five km (three mi.) with lots of activities and kicky surf. I’ll end up our Little Rhody tour with another quaint little village which happens to be the state’s southwesternmost point. Just 10 to 15 minutes from Misquamicut and downtown Westerly, tiny, tony Watch Hill is a Victorian redoubt of discreet old money and Golden-Age celebrities as well as a few current celebrities such as Taylor Swift and Conan O’Brien. If you can find parking (it can be a challenge in the summer, but not during the rest of the year), Napatree Point Conservation Area is both a beautiful beach and sand dunes area, and nearby Bay Street and Bluff Avenue offer visitors a few seasonal restaurants and shops as well as a pair of historic hotels, Ocean House and Watch Hill Inn. In addition to the picturesque architecture, the main highlight is the Watch Hill Carousel, opened in 1867 and said to be the only flying-horse merry-go-round remaining in the U.S. More info: VisitRhodeIsland.com.

Elizabeth Georgian is a serial expat from Connecticut, USA who has called Kunming, China and Vilnius, Lithuania home. She is currently based in Florence, Italy, where she works as a freelance editor and travel writer in between exploring the Tuscan countryside.