As Daniel and Martha Everett and their two children enjoyed a trip to Florida's Walt Disney World, their focus was on entertainment and excitement rather than the environment. And when Barbara and Andy Allen checked into a Boston hotel, they wanted to fit as many sights as possible into their two-day visit. They gave little thought to how their stay might impact the ecosystem.

Look Who’s Acting to Preserve and Protect the Environment

Despite their lack of awareness, these folks were combining a bit of R&R with examples of efforts to help preserve and protect the earth’s environment.  Little did they know that entertainment venues, lodgings, tour companies and others are taking steps large and small to lessen any negative impact of human activity on Mother Nature. Some efforts, like replacing high-energy light bulbs and heavy-flow shower heads, are well known.  Others are more imaginative, and can be even more impactful. 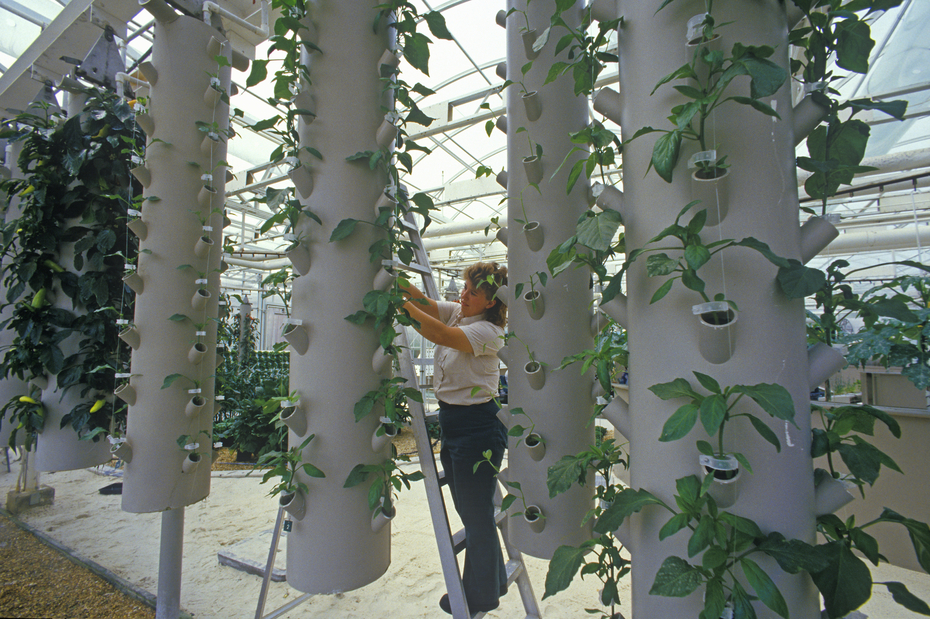 To Mickey Mouse, Saving the Environment Is no Laughing Matter

To cite one example, the Walt Disney Company’s commitment to environmental stewardship goes back to its founding almost a century ago. Current activities range from the mundane, like eliminating single-use plastic and using non-potable water, when possible, to running excursion trains and river boats on fuel made from recycled cooking oil, and installing a solar facility intended to power two theme parks in Orlando.  Also, people interested in hydroponic farming come there to study that activity (above).

Hotels play a leading environmental role, and the Boston-based Saunders Hotel Group ihas long been at the forefront of that effort. It has implemented more than 115 measures to reduce its environmental footprint and raise awareness among staff, guests, and local communities.  One imaginative project is tending beehives on the roof of its historic Lenox Hotel and serving the honey to guests. Saunders’ latest project is constructing a five-star Raffles Hotel & Residences, the first of that renowned company’s properties in the United States. It will be a Leadership in Energy and Environmental Design (LEED) Gold building, and will further demonstrate why Saunders has won a Presidential Gold Medal and other honors for its programs.

Smaller places of accommodation also have boarded the environmental bandwagon.  Efforts at the 33-room Boulder Hot Springs Inn, Spa & Retreat in Boulder, Montana, (above) fit its " green hotel" goal of “living with the planet instead of destroying it, or using it up.” In addition to common conservation projects, these include remodeling the heating system to take advantage of local geothermal waters and studying use of the waters to generate electricity. The property also is restoring the adjacent natural wetlands, which had been drained to provide pasture; this has resulted in return of moose, antelope, deer and other wildlife to what had been a protected sanctuary.

These are just two premier examples of the many being instituted in the hospitality industry across the USA and the world. 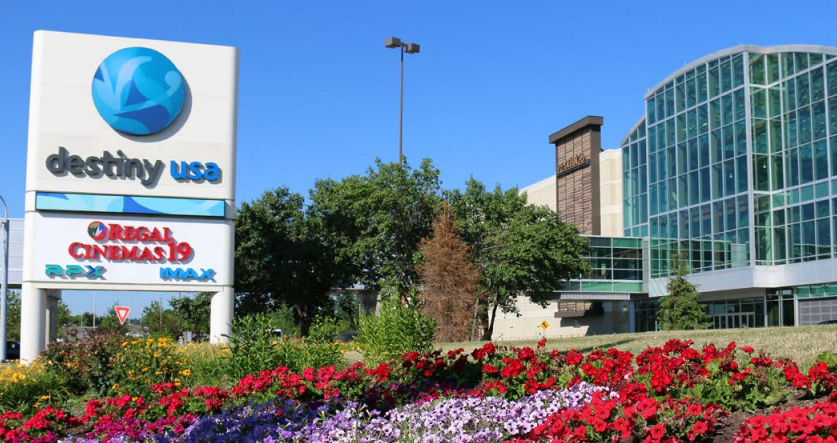 Although the Disney has been an environmental pioneer, these days it’s far from the only entertainment business that has developed a green thumb. Six-story mega-mall Destiny USA in Syracuse, New York - the state's largest - boasts more than 250 places to shop, dine, and enjoy a variety of entertainment. Its 26 million annual visitors of course produce a torrent of trash and other waste, with which the center deals responsibly enough to make it the world's largest commercial building to have won LEED Gold certification. Efforts there got underway during construction back in the late 1980s - making it a veritable pioneer - using over 90 percent of materials recovered from landfills and making some flooring of rapidly renewing crushed cork and walnut shells.  A solar-reflective “cool roof” conserves energy and rainwater harvesting saves four million gallons of water annually.

Cruise Ships Are among the Rising Tide of Environment-friendly Outfits

Speaking of water, cruise lines have instituted a variety of measures to lessen their notorious environmental impact, lead by boutique small-vessel lines such as Amadeus River Cruises, Star Clippers sailing fleet, and Uniworld river cruises but also including initiatives by the cruise giants. Among them, new ships employ state-of-the-art waste management systems which shred trash, compact glass and metal as well as incinerate paper and plastic.

One leader in this area is Washington-State-based UnCruise Adventures (above), whose small ships (with fewer than 100 passengers) travel to Alaska, Central America, and Hawaii, as well as its home region, the Pacific Northwest. As a member of the Passenger Vessel Association’s Green Waters Program, UnCruise adheres to its “leave no trace” motto on all voyages, with every effort made to reduce fuel consumption, conserve energy and drinking water, and decrease the use of harmful chemicals. 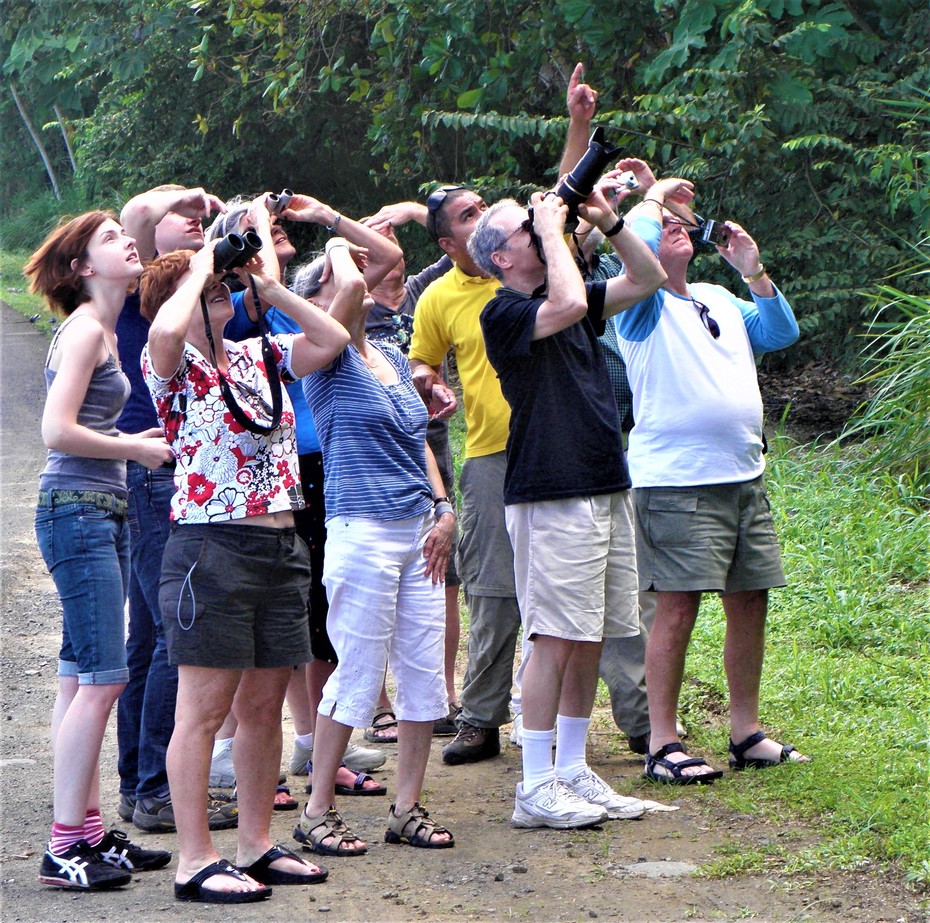 Various land-based outfits observe many of similar self-imposed rules. For example, Overseas Adventure Travel (OAT), part of the Grand Circle Corporation family of companies, connects customers with the people and cultures of destinations around the world (such as Ecuador's Galapagos Islands (top), working to convey knowledge of and respect for local communities as well as supporting a variety of enterprises, philanthropy, and entrepreneurship projects. And when it comes to natural areas, OAT stresses sustainable transport, with an emphasis on environmental conservation and  improving the well-being of the locals; among other things, in communities it visits, the company supports water and sanitation projects, co-ops, orphanages, and other organizations (to cite just one example, it helped fund construction of a women’s center in Morocco).

The website TravelStride.com is a great source of information about group tours and other trips, and a search for eco, sustainable, and green travel tours and travel packages turns up hundreds of compelling options. For example, Global Basecamps takes participants to Costa Rica (above) - considered the birthplace of environmental travel, dating back to the 1980s -  from bird watching to seeing tiny turtles hatch and race toward the water to experiencing the magnificent Monteverde Cloud Forest. With such experience, visitors gain a greater appreciation of the world in which we live, and added impetus to protect it.

Whatever it’s called – ecotourism, environmental travel, responsible travel, sustainable tourism – the trend is here to stay.   Whatever your preferences, there no doubt are places to visit and ways to get there that will meet them.