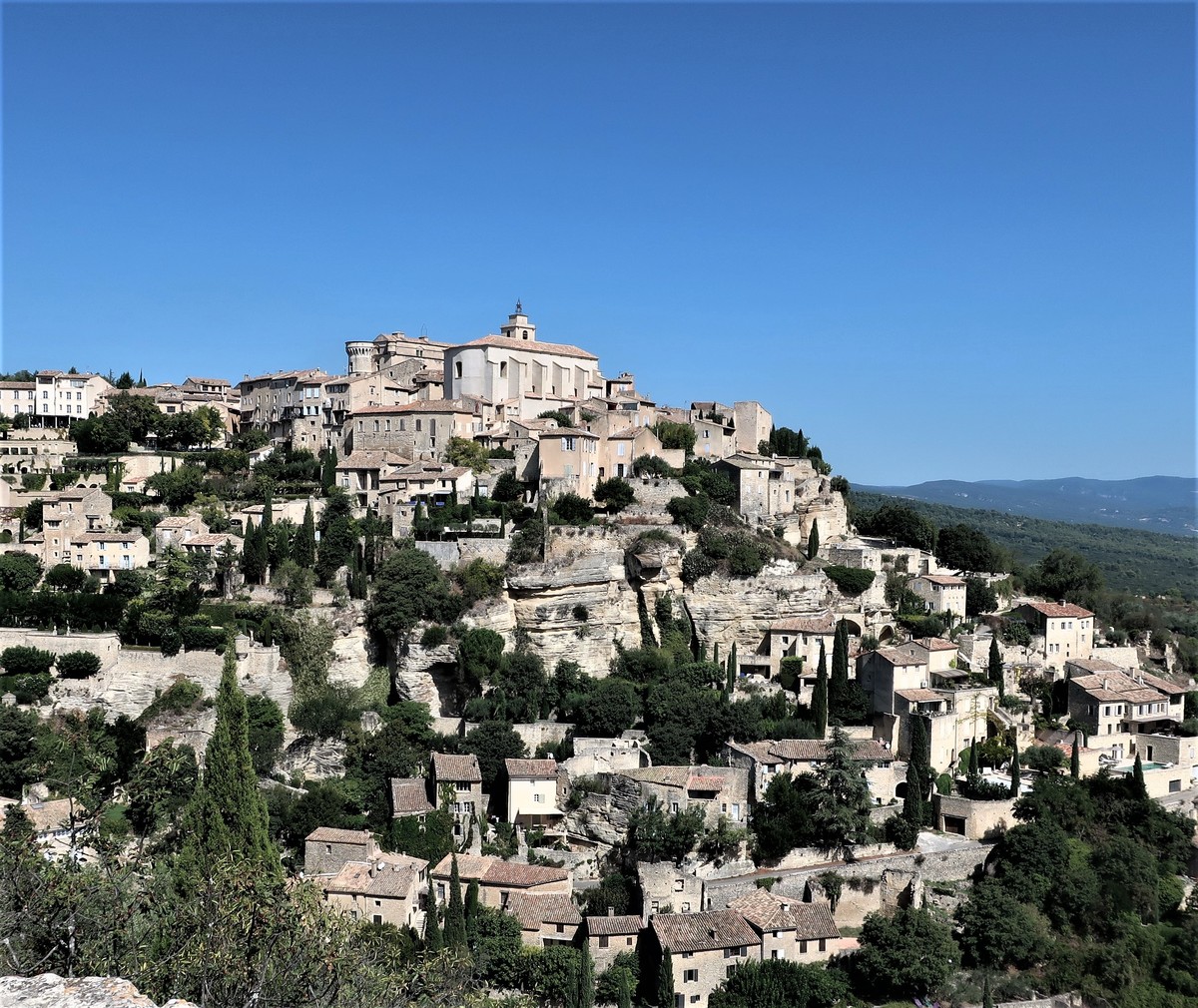 Some places are more than a destination, and topping that list is Provence. This Maryland-size region, nestled in France's southeastern corner, immediately immerses visitors in a setting and lifestyle that cajole and captivate. And while the glitzy French Riviera has many advocates, my wife Fyllis and I limited our recent stay to what we what we call the “real” Provence.

It’s an area of tiny towns and even smaller villages.  Mountain chains overlook valleys blanketed by a checker board of vineyards, orchards and olive trees.

Against this backdrop emerge the jewels of Provence that lie at the heart of its charm.   These are history-rich hilltop villages of stone buildings crowding narrow, winding cobblestone streets and walkways, and compact tree-shaded squares lined by inviting sidewalk cafes. 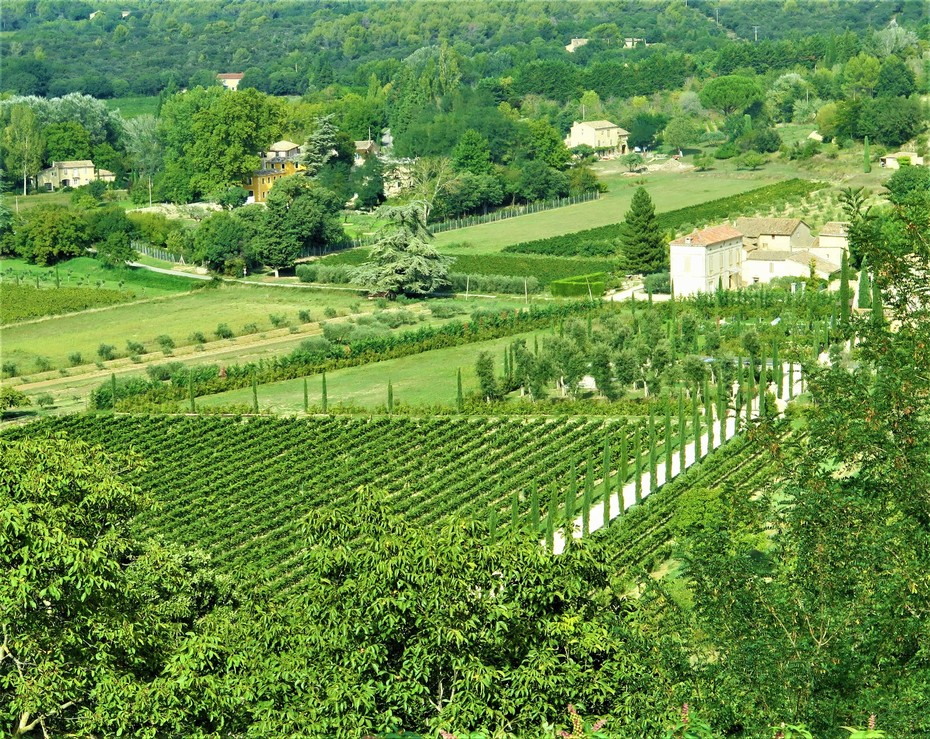 These casual brasseries represent one of four other factors that, to us, make a visit to this corner of France more than memorable.  I refer to history, food, wine and people.

Phoenicians who arrived six centuries before the birth of Christ were followed by Greeks, and later by Romans.  During the time that Rome held sway over this swath of fertile land, from about 100 BC until disintegration of its empire five centuries later, Provence became one of the realm’s wealthiest provinces.  In the Middle Ages, the region was invaded by successive waves of fierce marauders.

Evidence of pages from this colorful past abound.  In the town of St, Remy, remains of the once-grand Greek city of Glanum stand near a Roman triumphal arch and funerary monument.  The two-tiered Roman amphitheater in Arles, which was built in 90 AD, once held more than 20,000 spectators who gathered to watch chariot races and gladiators engaging in bloody hand-to-hand combat.

Some of these well-preserved Roman antiquities continue to fill a variety of functions.    For example, the arena in Arles hosts bull fights, concerts and other events, while plays and musical productions take place in Roman theaters in Orange and Vaison-la-Romaine.

Much of France’s renowned and well-deserved reputation for fabulous food and wonderful wine is based upon what is grown, made and cooked in Provence.  It didn’t take long for Fyllis and me to appreciate each mouthful and every  sip. 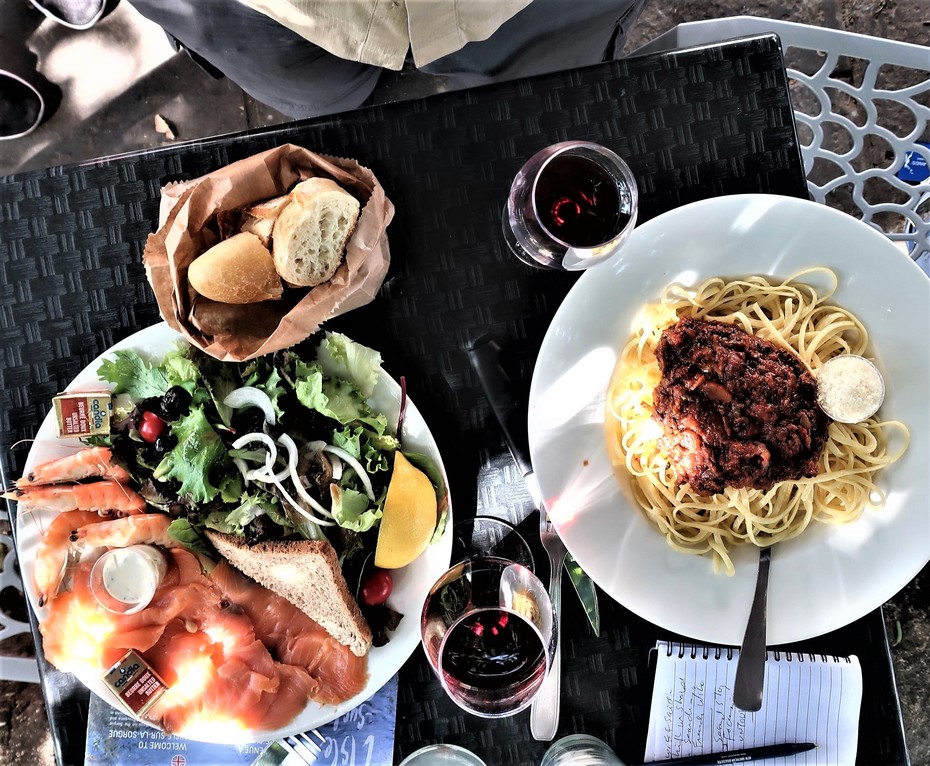 The vegetables on our plates, often seasoned with ubiquitous garlic and local olive oil, had recently been grown in fields close by, as had fresh-from-the-farm fruit.  Regional specialty sweets like artisanal chocolate, candied fruits and nougat tempt the palate and challenge your next step on a scale.

Restaurant food portions are large, and then some.  One evening, after we ordered a steak to share at an outdoor café, the waitperson suggested, only partly in jest, that we move to a larger table which could accommodate the oversized slab of delicious meat.

Wine has been made in this region for at least 2,600 years, first by the Greeks and then Romans.  Provence is known predominately for rose wine, which accounts for about half of the local production.  Some oenophiles also praise its spicy, full-flavored reds.  As travel journalists, Fyllis and I felt obligated to sample both. 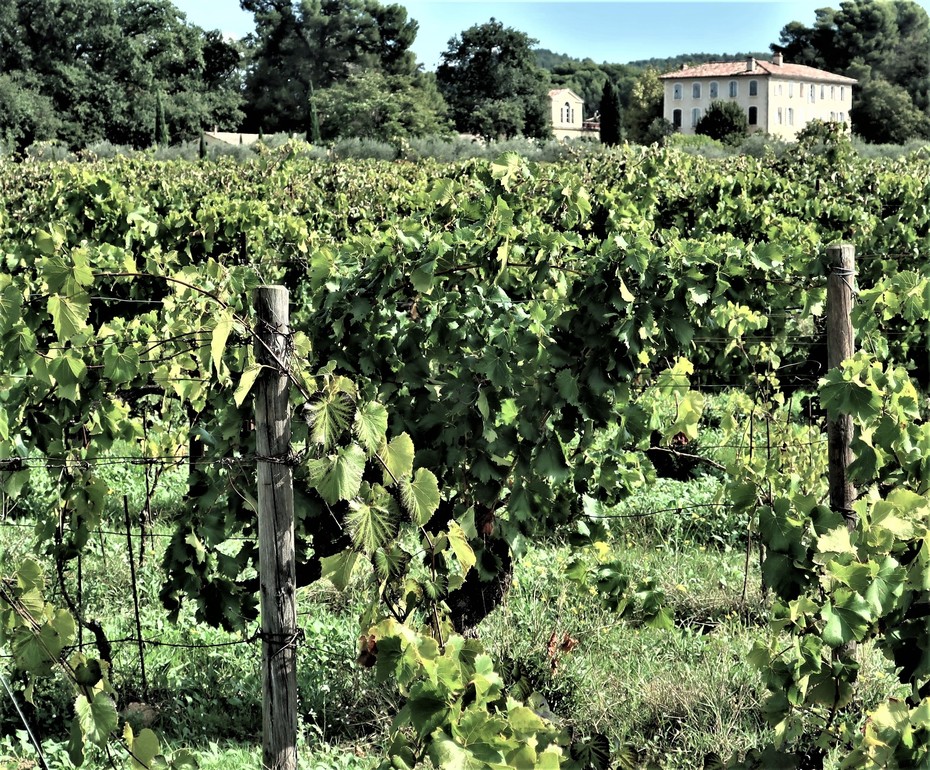 Even given these pleasures of the past, and palate-pleasing flavors of food and wine, we found the people of Provence also to be among its most endearing treasures. Topping the list is their genuine friendliness.

At times when we struggled with our elementary school-level French, they used their elementary school English to offer help.  When we encountered a car problem, an off-duty policeman cheerfully came to our rescue.  If we looked lost while walking in a town, a local passer-by invariably offered assistance.

The genuine friendliness and welcoming attitude of the Provencales, as inhabitants are known, might be reason enough to visit this inviting corner of France.  Given the many other enticements, it’s no wonder why the destination is placed high on many a travel bucket list.

Another factor that contributed to our enjoyment, and immersion in local culture and customs, was that we went there with Untours, a company with which we have traveled the past.  It’s motto and goal, to enable participants to “Live like the locals,” are perfectly suited to a stay in Provence.

Untours provided us with a wealth of helpful pre-trip information, accommodations, a rental car and a first-day briefing by the on-site company representative.

We stretched our budget by enjoying some meals at our “home away from home,” and I don’t mean a hotel room.  That’s a “no-no” for the company.  Instead, where you stay becomes part of the travel experience. 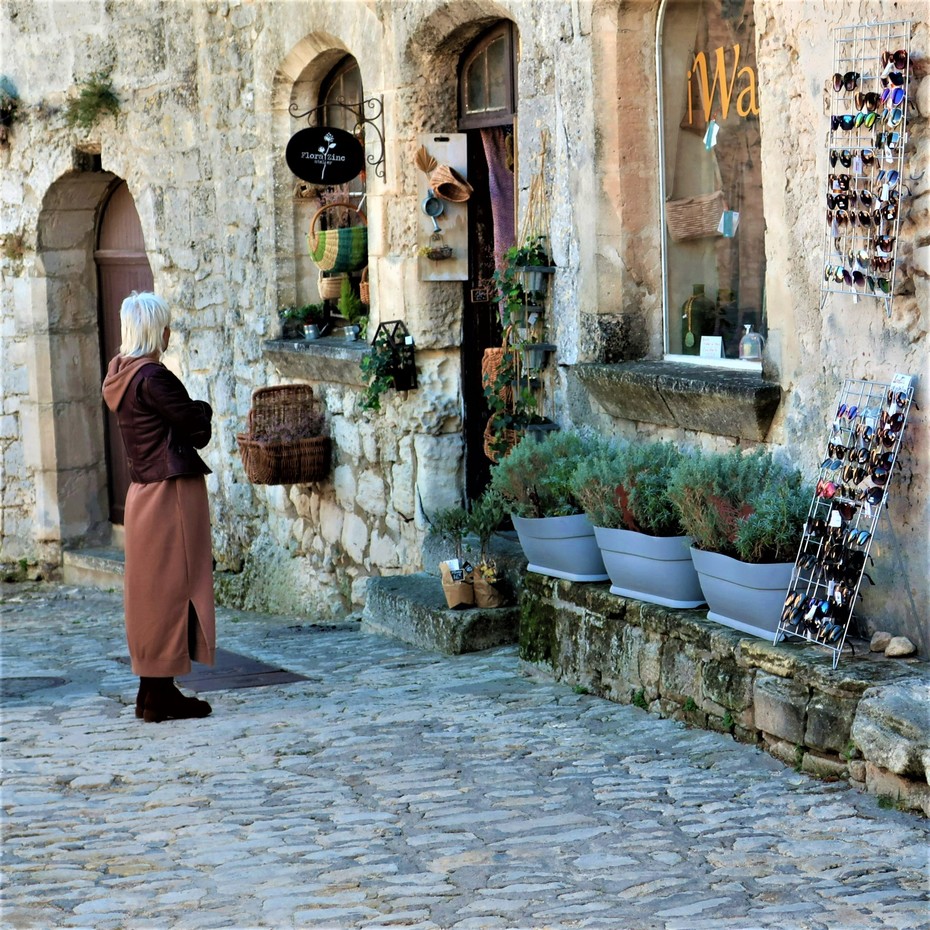 During previous Untours trips, we were put up in apartments on a working farm, at a winery and overlooking the canals of Venice.  In Provence, we stayed in a beautifully renovated century-old house in Pernes-les-Fontaines, a fortified Medieval town named for 41 ornate public fountains that began furnishing water to inhabitants in the 17th century.

The house interior is a tressure-trove of reminders of its history and that of Provence.     Wall hangings and knickknacks display artifacts representing both the past and present-day life.  In the enclosed yard, olive trees and a grape arbor hint at the gastronomic pleasures that abound.