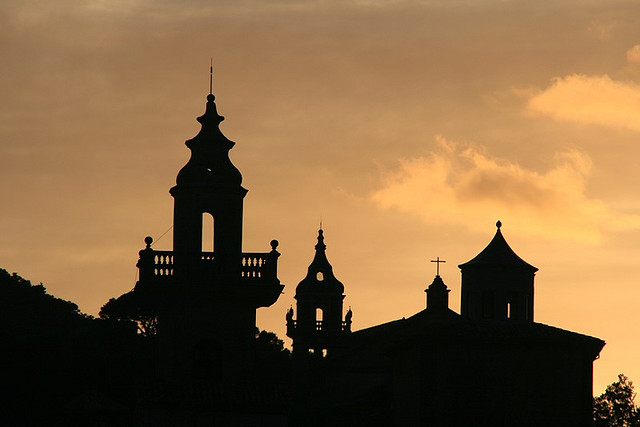 According to a local myth in Majorca, that sun-drenched Mediterranean island off the northeast coast of Spain, when God decided to create the world, He first made a scale model. He liked it so much, that He used the model (which lacked only one detail: rivers) in His final work, and today this model is none other than the island of Majorca.

And this, the largest of the Balearic islands, is indeed divine in many ways: Its Mediterranean climate, for one, so healthful and invigorating that composer Frédéric Chopin was drawn to Majorca in the winter of 1838 to rest and convalesce from a respiratory illness.

There were, of course, no Iberostars back then, and not much in the way of hotels in Majorca, so Chopin chose to stay at La Cartuja de Valldemossa, the ancient palace of King Sancho which for centuries had served as a Carthusian monastery before opening its doors in the nineteenth century to such distinguished guests as  Miguel de Unamuno and Rubén Darío.

Apart from admiring the palace interiors and strolling through its beautiful gardens, by visiting the monastery we can also see how the cell occupied by Chopin and his lover, the French writer George Sand, is practically intact.

In this cell you will find a bust of the pianist, just a few feet away from the piano where he finished his Preludes (Opus 28), and started other magnificent works such as Scherzo No. 3 (Opus 39) and the Polonaises (Opus 40). During this time, Sand wrote A Winter in Majorca, whose manuscript you’ll also find in this cell, which today houses the Chopin Museum.

Sadly, the composer’s health deteriorated and his worst fears were confirmed: He had tuberculosis, which forced the couple and Sand’s children to abandon the island quickly in search of medical assistance on the mainland.

Standing on the terrace of cell 4, the views of the town and the green mountains beyond inspire us to think that, despite all the difficulties, Chopin and George Sand found what they were looking for in Majorca: a landscape and a serenity capable of inspiring compositions and novels worthy of the Romantic era of which they were true representatives.

Any time of year is good to travel to Majorca and visit La Cartuja de Valldemossa; still, if you go in the summer, you may be fortunate enough to attend the Chopin Festival, which every August fills the monastery cloister with the composer’s unmistakable melodies.