My playmate’s father walked with a stiff leg from the D-Day invasion of World War II. At the age of seven, we all knew the basics of what this meant – we also knew older kids still without fathers. We boys all talked about what our fathers had done in the recent war. Knowing these men puts faces on the deeds they did as exhibited by the National D-Day Memorial near Lynchburg, Virginia. Visitors at the D-Day Memorial experience a powerful tribute to the young Americans of the Allied landings in Normandy, France. The names of the dead soldiers are inscribed and the monument succeeds in bringing the combat to the viewer. Amidst flowing water the prow of a landing craft disgorged the half-submerged GI’s struggling towards the cliffs over the beach. Visitors have the vantage point as seen from the German-occupied cliffs above the beach.

These boys of the first wave of assault troops landing on the now notorious Omaha Beach were nearly all slaughtered. The reason the memorial is located in Bedford, Virginia, is this is the home turf of Company A taking 96% casualties in spearheading the landings. Serving in both World Wars, and recently in Iraq and Afghanistan, this is the home of the 29th Division, 116th Infantry Regiment. Other landing beaches to the left and right were Sword and Utah, respectively, but Omaha in the center experienced the greatest German resistance. The notices to families in the Bedford area of deaths arrived nearly simultaneously and devastated the community for years to follow.

Company A Shipped Out of Bedford

Need lunch or dinner near the memorial? Try the Liberty Station, now a great restaurant but originally the train station where the boys of Company A shipped out for war. Universal favorite is the Salt & Pepper Catfish followed by Harry’s Cheesecake. Next, go back to 1865 and see the McLean House in Appomattox Court House National Historical Park. This is where General Lee surrendered to General Grant as the first step in reunification of our people engaged in the Civil War. Using a little imagination, the dirt road outside the house has bedraggled Confederate soldiers stacking arms before Union soldiers called to present arms as a sign of respect. Nearby is the Museum of the Confederacy displaying General Lee’s actual dress uniform and sword from the surrender. Robert E. Lee’s death mask is the ultimate time bridge to experience the man. Displays of his writings include the draft resignation letter from service in the U.S. Army.

Got kids to bring along on the trip? Making them interested in history can be a challenge but promise them an afternoon at the ski slopes of Liberty University. Open to the public, the artificial snow is similar to an outdoor carpet with under padding for breaking falls and not bones. Snow boarders jump and spin, others practice long forgotten snowplough skiing, while the less adventurous enjoy tube sliding down the hill. A bunny hill area allows refresher time or learning the basics of boarding.

Lynchburg with its airport is the ideal home base for touring the historical and scenic surroundings. Buster Brown shoes turned the old manufacturing building into a fine hotel, the Craddock Terry Hotel. This hotel is convenient to the Amtrak station, dining along the James River at the Depot Grille, downtown areas, and musical fun dining at Jimmy’s on the James. 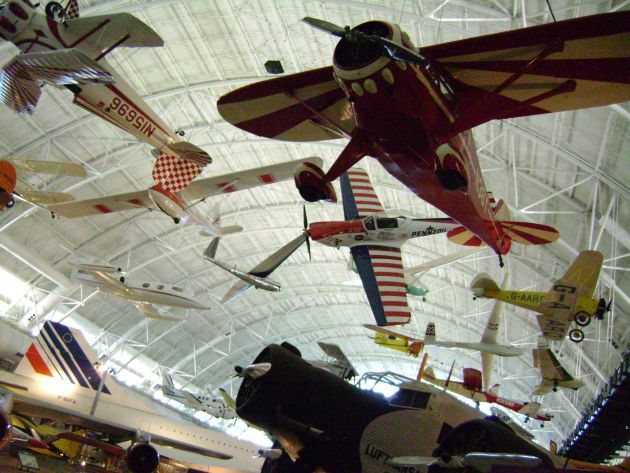 This is a family destination reachable from anywhere by airline or rental car. Coming in from Dulles International is an easy drive with a rental car. The benefit of Dulles is the close proximity to the National Air & Space Museum, Udvar-Hazy Center. Here one can see up close the real Enola Gay B-29 that dropped the A-bomb in WWII, shark-mouthed Curtis P-40 famed by the Flying Tigers, and the Discovery space shuttle. At most destinations, it is hard to do so much in a single trip but Lynchburg has it all in one package.