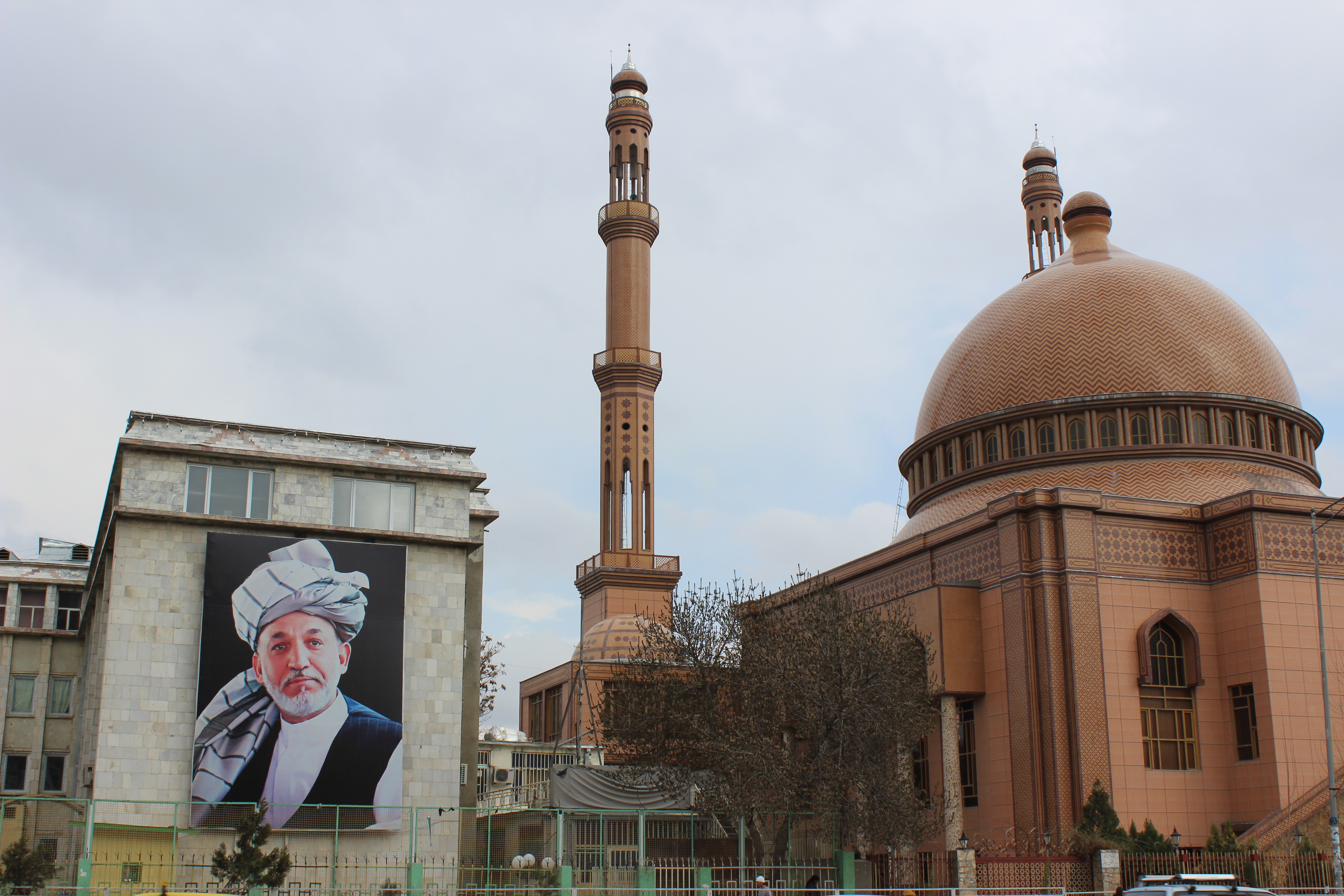 The queue for Safi Air flight #248 from Delhi to Kabul looks like something of a loya jirga in itself, businessmen and diplomats, village traders of lapis lazuli, scammers and schemers, all going back to the homeland for one reason or another, all with excess baggage—fridges toasters and microwaves, dreams hopes and expectations—all wearing long tunics baggy trousers and funny hats, all speaking strange tongues and whispering strange sighs, body odors wafting from overcoats whose histories likely date back to eras unspecified and improperly documented.

Any one of these guys could be a Taliban terrorist, al-Qaeda conniver or Saudi Salafist, down on his luck up on his religion out of his rightful mind and into the only one that's left, high-tailing it or in-boxing it or tweeting it or snap-chatting architectural blueprints for any one of 1000's of memorials and buildings and airports freely available on Internet and suitable for bombing. That's probably what they're saying about me, too, CIA or worse, agent provocateur.

The flight itself is no big deal, endless klicks over uncharted desert, over the border somewhere that divides India from Pakistan, Hinduism from Islam, vegetarians from carnivores, and divine hierarchies from an abstract figurehead, the latter looking to the Arabian desert for inspiration, the former to themselves and their past, mutated in direct proportion to the distance from the source, in time and space, the twin gods of physical existence.

Afghanistan is the kind of place—Papua New Guinea is another—where it's easier to feel comfortable in crowds, the clusterf*ck itself some measure of security, a bulwark against bullsh*t, where white skin is the target, the whiter the better, since our distant-cousin Afghans themselves have no lack of light skin blue eyes and blue genes, vestige of some point in time and space back when back where on steppes balustrades and genetic ladders blazing a trail out of Africa and heading for greener pastures and broader vistas, all suitable for us featherless bipeds walking around semi-erect.

This is fortress Kabul, never so beautiful in the first place, now reduced to concrete bunkers and abstract considerations, cold steel construction under mostly sunny skies, kids and old ladies begging for food, a burqa to hide the shame, a war of words and mutually exclusive concepts, consumerism and religious fundamentalism fight it out in the streets and villages, the only decorations for today's New Year celebrations the loops and swirls of concertina wire gracing fences and railings of any importance, Checkpoint Charlies at the most important military installations and warehouses of consumer goods.

Nothing helped the Serena Hotel last night, Kabul’s finest, cobbled together from those same hopes dreams and big ideas, and ultimate killing field, if for only a moment, in the battle to harvest souls for slaughter, always easier than conversion, multiple casualties and unspecified damages, the strategy of most journalists diplomats and businessmen being that the more layers of protection the better, thicker stronger and longer the path an enemy projectile must penetrate.

I prefer to hide in plain sight, wearing nothing for protection, playing with children and scrounging for food, hanging with locals, something most foreigners would never do, go figure, so maybe that’s part of the problem, the foreign intervention, the imposition of order from the outside, rather than from its own internal logic and familial bonds, that fortress mentality that only feels good on the inside, if you’re one of the lucky few, and not claustrophobic.

I like (ex)war zones—Belfast, Bosnia, Beirut, Belgrade.  The challenge is to get the timing right.  Show me a former war zone and I’ll show you a travel bargain.  But nobody wants to dodge bullets, not really.  Sure, it makes good copy, but… naah.  Kabul may have to wait another season.  Some people chase tornadoes for kicks. Man, those folks are crazy.  Me, I prefer half-crazed maniacs with machine guns.

But this is no accident, no random occurrence.  This is the afterlife. This is World War III.  This is the war to end all wars.  This is the beginning of the long dark nod.  The Great Migrations have already begun.  This is love during wartime, baby.  Could you hold me just a little bit tighter, please, even though you’re ten thousand miles away and we’ve barely even met?  Thank you.  I appreciate that.