India has given many gifts to the world - including Bollywood, its cuisine, spices such as saffron and curry, and more - as well as its world-famous teas; in fact it remains one of the world's largest tea producers of tea in the world. Commercial cultivation of tea was started in Darjeeling, West Bengal during the colonial era of British rule. Nestled amidst the region's lush green slopes (top), there are many tea estates found in this region, many of which offer guest bungalows and the chance to freely roam among the tea gardens, join in the experience of plucking tea leaves, and enjoy a comfortable stay in the lap of nature.

Darjeeling tea was India's GI designation (GI standing for "geographical indication", similar to France's AOC, apellation d'origine contrôlée). Considered to be the “Champagne of teas” by many connoisseurs, Its tea comes with a strong muscatel flavour - described as a muscat-wine-like fruitiness and spiciness akin to dried raisins with a hay-like finish - and its prized status has made tea tourism in Darjeeling quite popular, especially amongst upmarket travellers (with notable exceptions; see Munnar, below).

What is Tea Tourism?

Visitors get a chance to indulge themselves in the blissful ambience of tea gardens and fields. Let us take an example of the most famous, Darjeeling, set amidst the picturesque views of the Himalayas, surrounded by vast expanses of tea plantations. Guests can take guided walks through the plantations, talk to the workers and also visit a tea factory. They also get a chance to enjoy tea tasting sessions of the finest blends of teas.The experience is unforgettable and blissful; but it requires a high budget and at present is considered a luxury travel product.

Darjeeling, however, is far from the only Indian destination which offers magnificent experiences of tea. 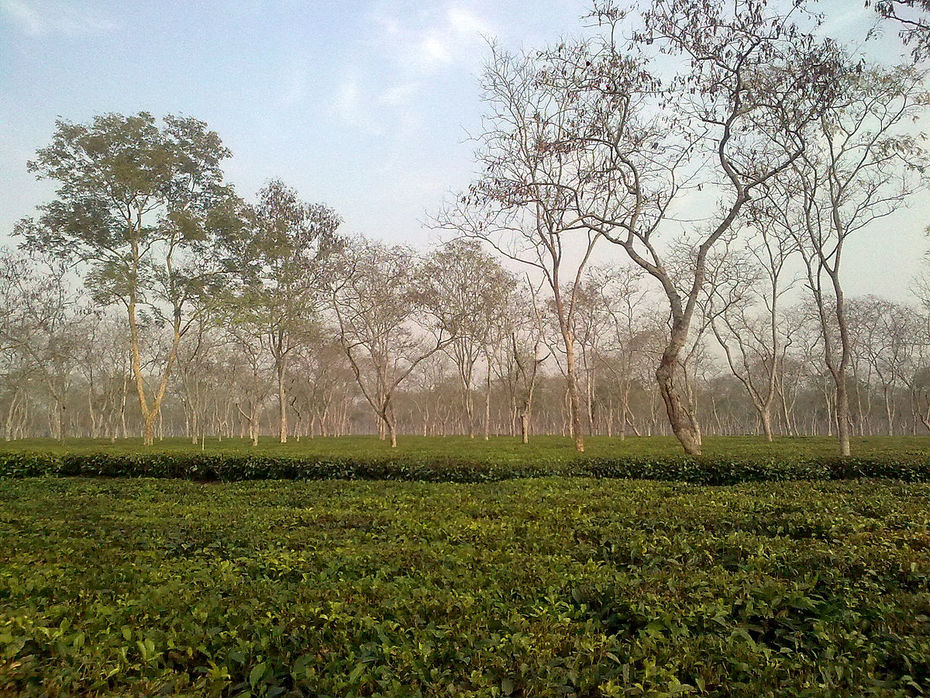 In this small state northeast of Darjeeling and at the foot of the Himalayas, the Brahmaputra River Valley in the north of the state is one of the world's largest tea-producing regions, with more than 800 plantations on both sides of the Brahmaputra River. Often sold as "breakfast tea", the local product is known for its body, malty flavour and strong, bright colour. A tea festival is held every year in November in the city of Jorhat, (pop. around 154,000), often referred to as the "tea capital of the world". Some of these plantations date back more than a century, and guests can enjoy the ambiance of the British Raj whilst taking walks through some of India's oldest tea gardens. Also in West Bengal, just under four hours southeast of Darjeeling, the Dooars Valley is among the foothills of the Himalayas, stretching from the Teesta River in the west eastward to the Sankoshi River and is known for its dense forests, wildlife, and spectacular natural beauty. Dooars is also home to dozens of tea estates planted along the Himalayan foothills, offering a tranquil experience for all the senses. 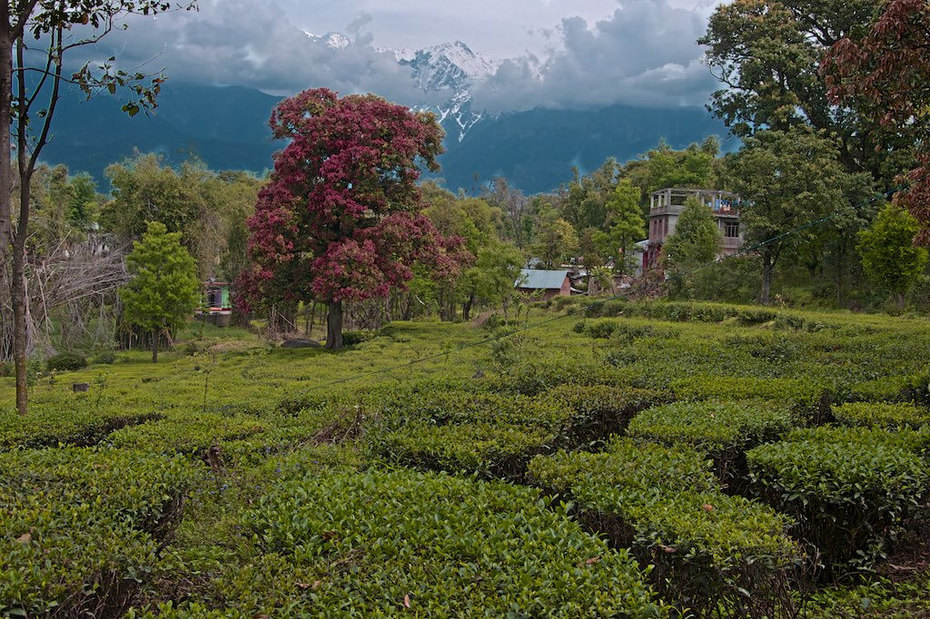 Situated in India's northwestern state of Himachal Pradesh and surrounded by snow-clad Himalayan peaks, the pine-forested Kangra Valley is known as the "tea tourism capital of northwestern India", and is home to nearly 6,000 large and medium-size tea estates as well as plenty of resorts offering tea-tourism packages amid spectacular scenery. Some estates also offer factory tours where visitors can see all that goes into the processing of tea. The main town here is the hill station Palampur, with a population of just over 40,000, and the local Kangra tea is known for its unique colour and flavour - the black variety with a sweet, lingering aftertaste and the green with a delicate, woody aroma. 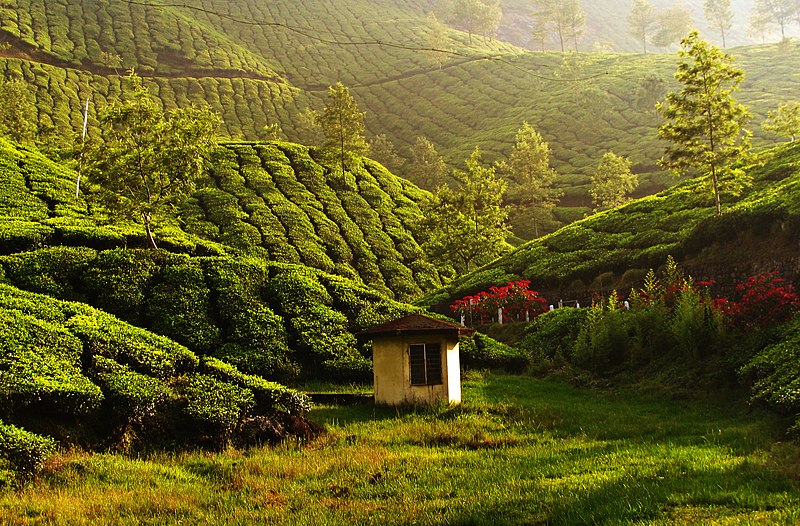 At the southwestern corner of the country, in Kerala state, this charming town of 32,000 is a hill station (established during the Raj as an getaway from the summer heat of the lowlands and still popular as a tourist destination today), located some 1,600 metres (5,200 feet) above sea level in the Western Ghats mountain range. And the local landscape includes lush, green, enticing views of miles upon miles of numerous tea plantations dating back to the 1880s, which furthermore are among the few in India which offer tea tourism (as well as accommodations) on a medium-range budget. Munnar is also home to various tea-themed hotels/resorts as well as an interesting Tea Museum on one of the estates. 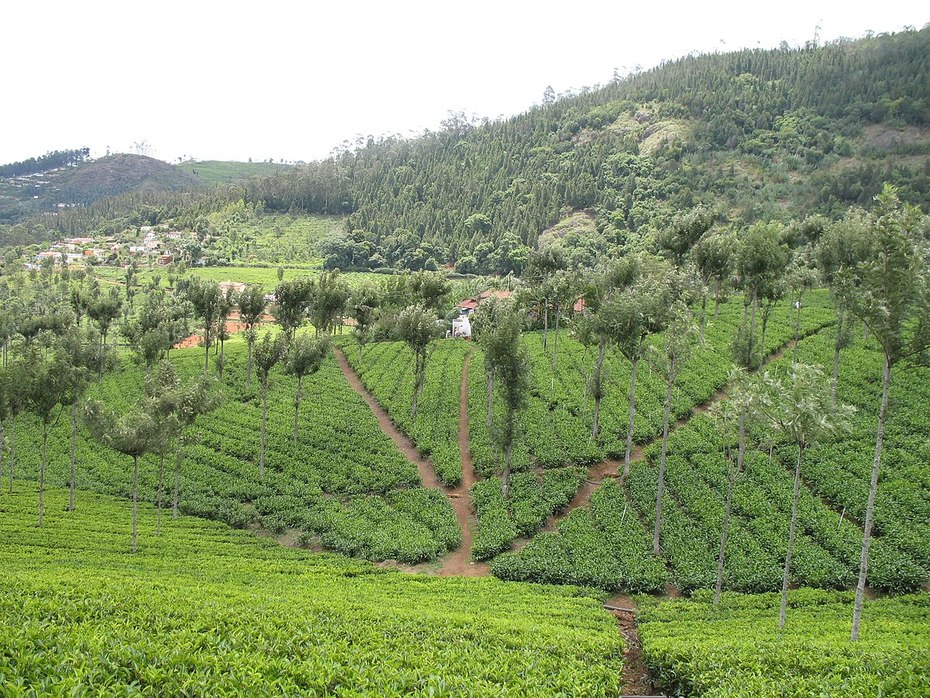 Next door to Kerala, at the Indian Subcontinent's southernmost tip, Tamil Nadu state is home to another section of the Western Ghats known as the Nilgiris, where tea growing is an important source of income, with plants grown at altitudes of 1,000-2,500m (3,281-8,202 ft.). This high altitude makes the aroma and taste of Nilgiri tea particularly distinctive - black, brisk, fragrant, and full-bodied, often described as with slightly fruity, minty undertones. Tea tourism here is less developed, but nonetheless a good number of plantations welcome visitors.


Keep in mind, too, that all of these destinations also offer myriad additional attractions including ecotourism in various nature reserves and parks, adventure travel, historical/cultural sites and events, and much more - making your visit an all round delight well beyond the tastiness of their teas!