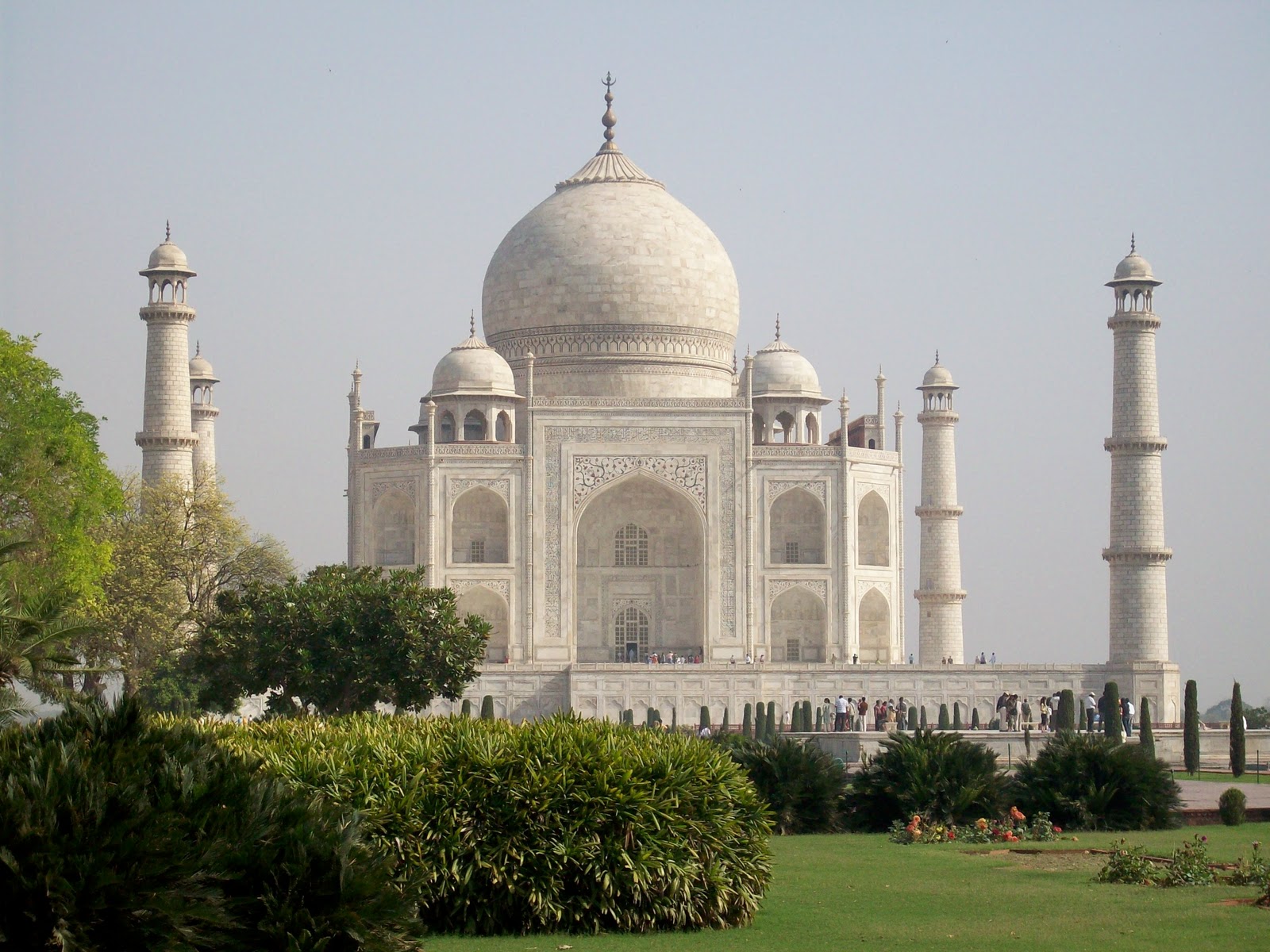 India has been a land of rich history and heritage Some of the prominent religion of the world grew here. Powerful dynasties and clans rules India time to time and left their mark on the heart of the country. Right from Mughals to Rajputs, and British to French, Portuguese, and Dutch, India has witness a wide panorama of history that has left its mark on the country's architecture, and bequeathed it some truly stunning landmarks. Here are what I consider the top half dozen:

I'm sure you were expecting this. The star of the classic Golden Triangle Tour of India and one of the seven wonders of the world is a mausoleum built over the span of 22 years in the 17th century. This monument was built by then Mughal rule Shah Jahan in the fondest memories of his beloved wife Mumtaz. The architecture of this monument see a mix of hindu and muslim architecture. Up in the northeastern state of Bihar, this UNESCO World Heritage Site was an important Buddhist monastery and early form of university in an age - the 5th century CE to around 1200 BCE - when knowledge was highly restricted. Historians believe that Nalanda university had such a huge library that it took around three months to burn all of it, when it was set on fire by Turkic Muslim invaders around the turn of the 13th century. 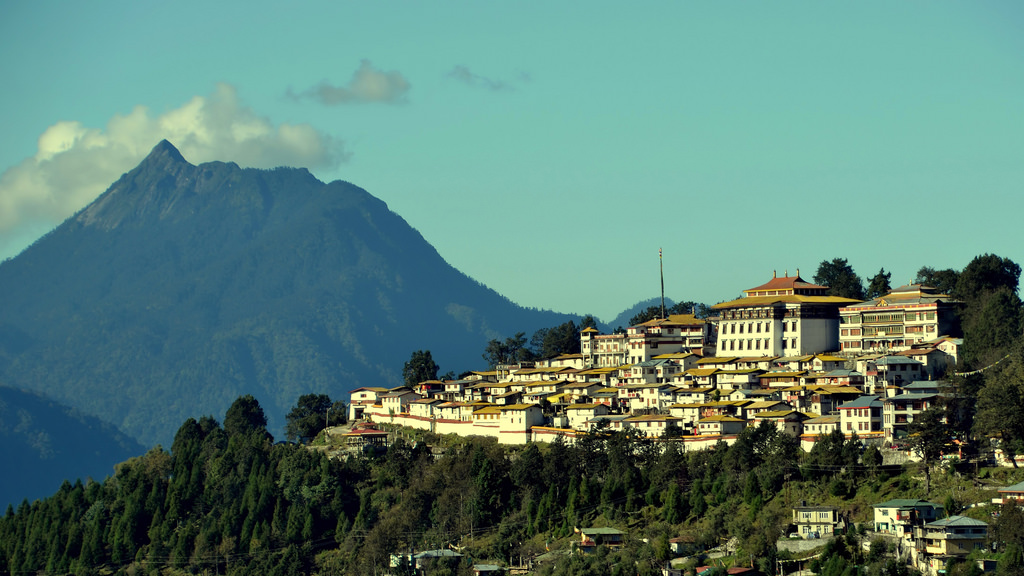 In the far northeastern state of Arunachal Pradesh, bordering Bhutan and Tibet, Tawang Buddhist monastery is India's largest monastery (with a capacity of 700 monks) and also the largest active one in the world. Founded in 1680, it's spectacularly site at 10,000 feet above sea level and overlooking the Tawang River Valley. 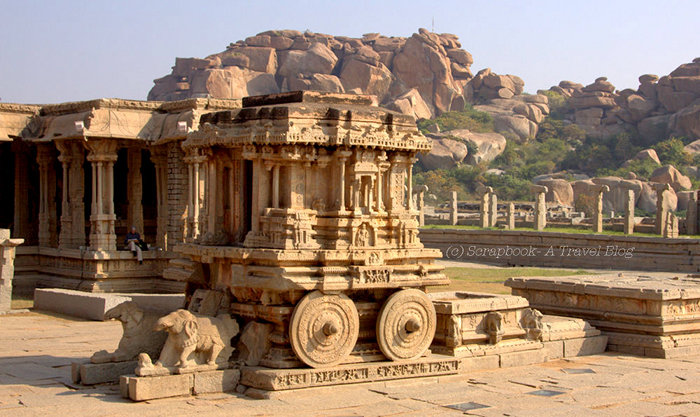 The Hindu Vijaynagar Empire ruled south India from the 14th through the mid-17th century, and this UNESCO World Heritage Site in Karnataka state was its capital. Highlights include the Vithala temple complex with its 56 "musical" pillars, which produce different sounds when struck, and the only still active temple, Virupaksha, dedicated to Lord Shiva. 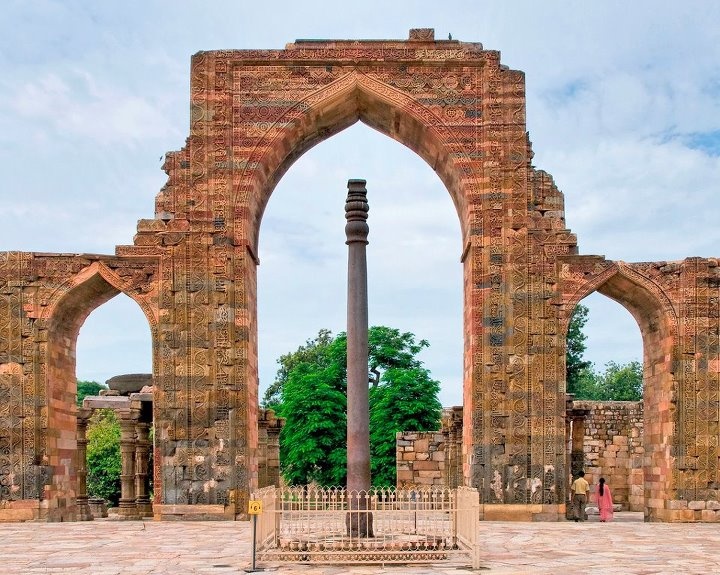 In the southern part of India's capital, the Qubt Minar complex is a showcase of the medieval Islamic Delhi Sultanate, but also contains older elements, such as this this pillar, 7.2 meters high and 16 inches in diameter. Constructed under Chandragupta II, the most powerful emperor of the Hindu Gupta Empire in the 4th century and still completely intact, it bears a Sanskrit dedication to the god Vishnu. 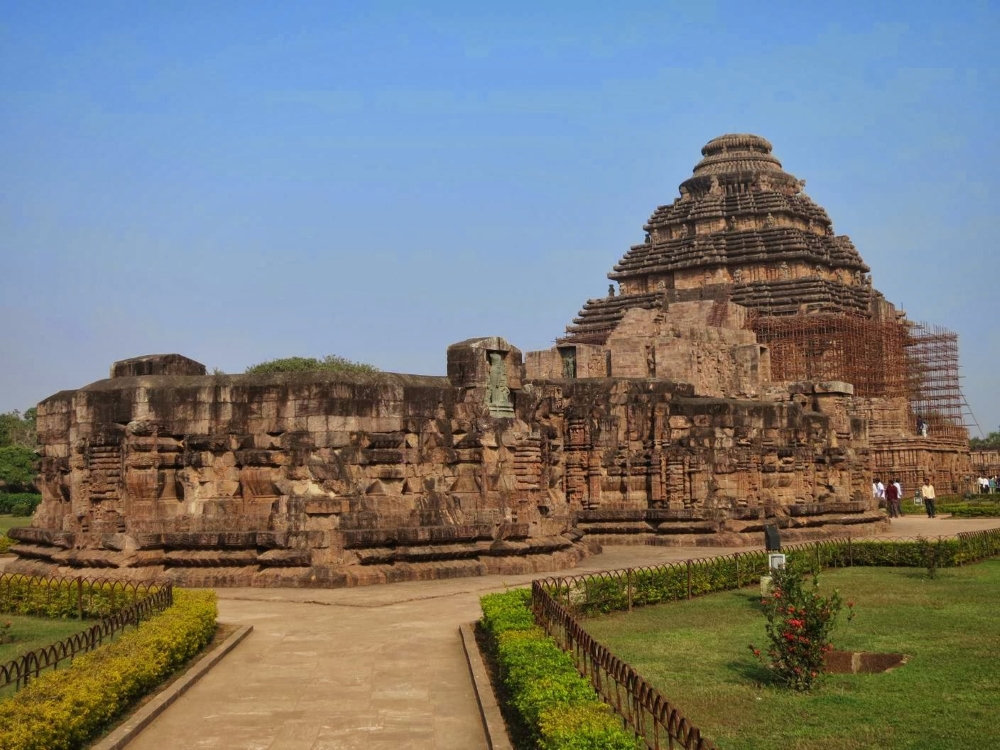 In the state of Odisha on India's northeastern coast, the town of Konark is home to another UNESCO World Heritage Site, built around 1250 during the Eastern Ganga Dynasty. Dedicated to the Hindu sun god  Surya what remains of the temple complex has the form of a 39-meter-high (100-foot) high chariot with horses and 24 wheels, each ten feet in diameter and all carved from stone. It remains a prominent pilgrimage spot for Hindus, especiallyfor the Chandrabhaga Mela each February.