Romance and Greece go hand in hand. With picturesque landscapes and mysterious blue seas, parts of this paradisiacal country are no less than a fairyland. Located on the Mediterranean Sea in the southeast region of Europe, this mystical setting of love offers a wide variety of activities and choosing the apt ones may cause a tad bit of stress to the newlyweds. This is precisely why we at Pickyourtrail have created a list of the top ten romantic things to do on a Hellas honeymoon! 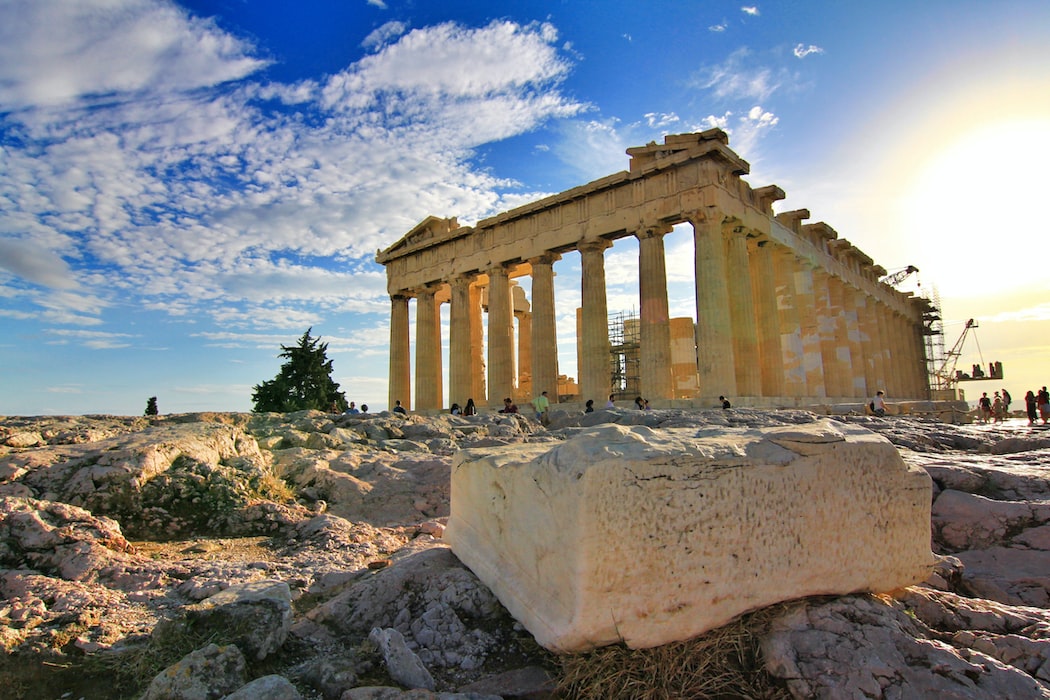 Athens, the land of Aphrodite, the Greek goddess of love, is not only packed with magnificent archaeological sites like the Acropolis/Parthenon and the Temple of Olympian Zeus but also a number of romantic spots. Examples include the Diomedes Botanical Garden for a magical stroll; Lycabettus Hill for witnessing the most captivating sunsets; and charming corners of neighbourhoods like Plaka and lesser known but also picturesque Thissio and Anafiotika, where you can find intimate little spots for meals and other moments à deux.

Speaking of memorable meals, Greece's distinctive cuisine and wonderful wines are served in all sorts of romantic settings outside Athens, as well - particularly across the islands, against a backdrop of white villages and sparkling blue seas. Virtually every one of its 277 inhabited islands have marvelous offerings. And our favorites on two of the most popular: Santorini's Ambrosia, Esperisma, Franco’s, and La Maison; on Mykonos, Compass, Karavaki at the Vencia Boutique Hotel, Krama at the Semeli Hotel, and Namah at the Kivotos Hotel. 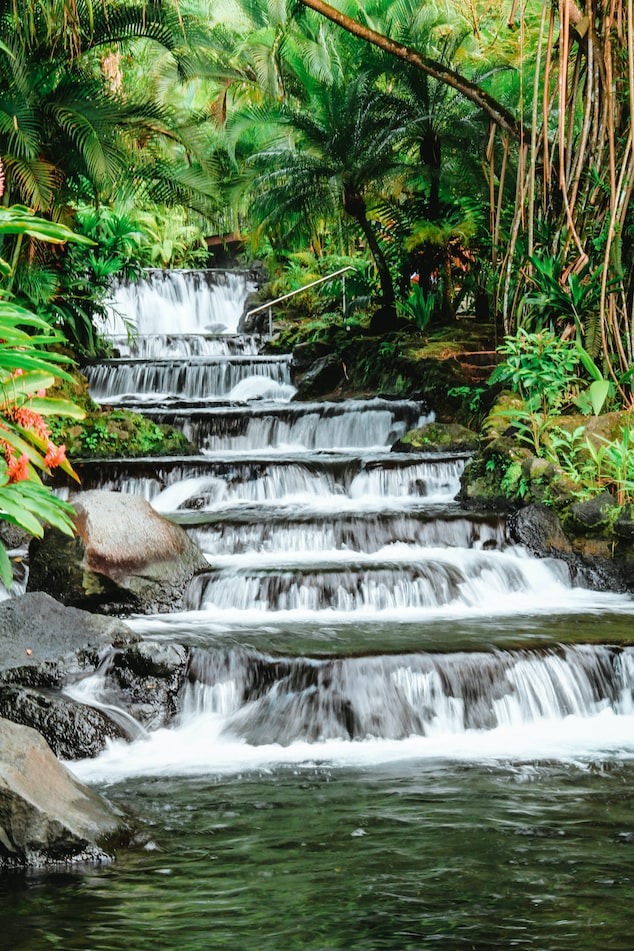 With a unique geology, various volcanoes, and plenty of other assorted vulcanism, this country is home to more than 700 thermal springs, many of which have become popular for their relaxing as well as therapeutic/rejeuventating qualities. Aedipsos on the island of Elia is one of Greece's most famous spa towns, with some 80 hot springs, and others include Kamena Vourla, on the central coast two hours north of Athens; historic Lagada (dating back to the Byzantine era) in Thessaloniki; Lake Vouliagmeni 45 minutes south of Athens, and scenic Pozar an hour and a half west of Thessaloniki.

Rev Up some ATV Adrenaline

Togetherness with a twist - bond with excitement, zipping through various landscapes with your honey, especially on islands like Corfu, Crete, Mykonos, Rhodes, and Santorini (this last, for example, will run you maybe 60 to 70 euros for a half day). 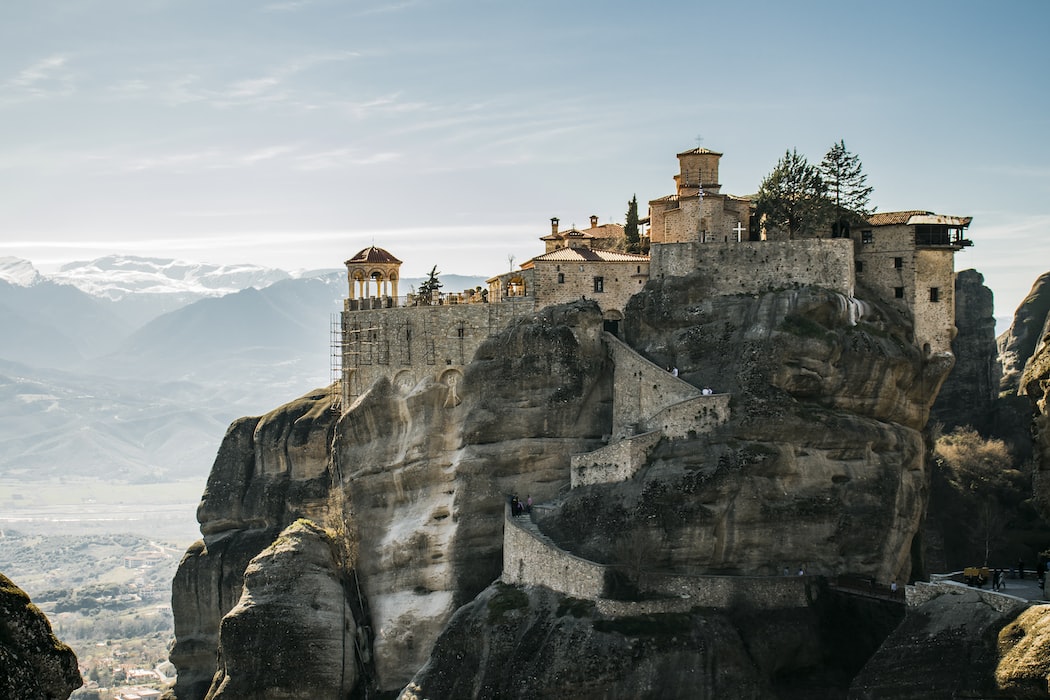 Located outside the town of Kalambaka, four hours by road and train north of Athens, newlyweds can insert a dose of wonder into their honeymoon by visiting this dramatic landscape of immense pillars nd rounded boulders. In addition to offering fantastic adventure activities including hiking, mountain biking, and rafting, the area is also a UNESCO World Heritage Site famous for its half dozen Greek Orthodox monasteries, built precipitously atop several of these pillars. They're open to visitors, either traveling on their own or on various tours organized by local as well as Athens-based tour operators.

No honeymoon (nor any other romantic getaway) is complete without gazing together at the setting sun in wonderful settings. Topping the list is the Santorini town of Oia (top), which is filled with spots where you and your better half can witness breathtaking colors painted across the sky. We also recommend the Little Venice district of Mykonos, Cape Sounion at the tip of the Attica Peninsula, and Keri Lighthouse on the Ionian island of Zakynthos, but almost any destination in Greece will offer gorgeous sunset experiences.

Most of Greece's hundreds of imhabited islands are thoroughly picturesque and romantic, but one of our favorites is Spetses, just a two-hour ferry ride from Athens. With gamorous, nearly cinematic vibe and no cars allowed, it's perfect for strolls à deux. From experiencing top-notch events such as the Armata Festival (the second week in September) to exploring the white-sand, turquoise-water beaches near the House of Bouboulina (a 17th-century manse open to visitors), this island is a total charmer. So hop on a ferry from Hydra or Poros and take advantage of this island, full of natural and architectural beauty.

Enjoy the Islands 2: Plunge into Aquatic Adventures on Naxos

The largest island in the Cyclades boasts its share of charming villages and towns as well as evocative archaeological sites. But its top draw is magnificent white-sand beaches such as Agia Anna, Agios Georgios, Aliko, Maragas, Mikri Vigla, Orkos, Plaka, and Pyrgaki. Many of these - and Agios Georgios and Plaka in paarticular - offer a thrilling menu of water sports including canoeing, kayaking, stand-up paddleboard, waterskiing, windsurfing, wakeboarding, kneeboarding, Jetskiing, and banana boats.

Enjoy the Islands 3: Party and More on Mykonos

Greece's fabled "party island" (above) is fantastic for beaching, dining, and clubbing, while also offering some quieter, romantic corners to canoodle with your honey (to complete the package, there's also a set of intriguing ancient Hellenic ruins right offshore on the islet of Delos, a short ferry ride away).


Enjoy the Islands 4: Sample Several with a Sail/Cruise

There are myriad options for multi-island itineraries, from yacht and sailboat charters to cruises on the likes of Ponant, SeaDream Yacht Club, Silversea, Star Clippers, and Windstar. Santorini and Mykonos are popular ports of call, but quite a few other options visit some of the lesser known but no less beautiful islands.

In a nutshell, Greece is a magical destination for newlyweds no matter what their interests. So check out PickYourTrail's Greece honeymoon packages here!