he leaves will be starting to show tinges of red, orange, and yellow so now is the time to plan for a spectacular peak season drive along the Blue Ridge Parkway, a 469-mile scenic highway that connects the Shenandoah National Park in northwestern Virginia with the Great Smoky Mountain National Park in North Carolina.

Ride awhile, then stop awhile: the two-lane Parkway is designed for leisurely journeys.Turn on your favorite Bluegrass music, make sure your camera battery is fully charged, and come along with me to some of my favorite stops along the first 200 miles of one of America's most scenic drives.

The Shenandoah National Park is celebrating its 75th anniversary this year with a variety of events, so it's appropriate to begin your trip with a sweeping view across the Shenandoah Valley. From this overlook, you will see Signal Knob, a Civil War communications post on the right side of Massanutten Mountain. Get the tripod out and take some panoramic photos... or just take a deep breath and enjoy the relaxing sounds of nature.

The size alone of the 20-story Natural Bridge is jaw-dropping, but the sense of history is awe-inspiring when you realize just who walked through the solid rock portal hundreds of years ago. Surveyed by George Washington and deeded to Thomas Jefferson by King George III two years before the Revolutionary War, the natural wonder was also spiritual place for Monacan Indians. Indeed it's still known as nature's cathedral, and if you are there as darkness falls be sure to catch the choreographed light show, "The Drama of Creation," which transforms the bridge into a natural theater.

Even if you are afraid of heights, bite the bullet and pull over at the Roanoke River Overlook. It's hard to take a bad photo of the breathtaking scenery of the Roanoke River Gorge below. When you are ready for a break, take the nearby mile-long road off the Parkway into Virginia's Explore Park. The BRP Visitors Center has three galleries with exhibits, including a miniature model of the Parkway that shows just how long 75-year-old road is.The 1,100 acre park contains a living history museum, a 17th century Indian village, and an 18th century frontier fort.

This stop is a sentimental favorite because my late father pointed out the Roanoke Star whenever we'd travel through Virginia. Back then, it was about the destination and not the journey, so we never stopped long enough for me to get a close-up look at the immense star that can be seen from 60 miles away. The 100-ft. tall structure was built in 1949 to attract people to Roanoke Valley for holiday shopping  but has since become an iconic symbol of Roanoke. By now, you are probably ready to stretch your legs. Walk along Mill Mountain's beautiful Star Trail or the Greenway Trail. Both
the Mill Mountain Zoo and the Discovery Center offer a nice break for any kids along for the ride.

After all that walking on Mill Mountain, you need to eat. Don't leave Roanoke Valley without sampling Peanut Soup and Spoonbread at the historic Hotel Roanoke, built in 1882. The combination has been the hotel's signature dish since 1940. Before heading back to the Blue Ridge Parkway, be sure to take a look around the National Historic Landmark's many murals and paintings as well as the Pine Room Pub, which was an Officers' Club during WWII. 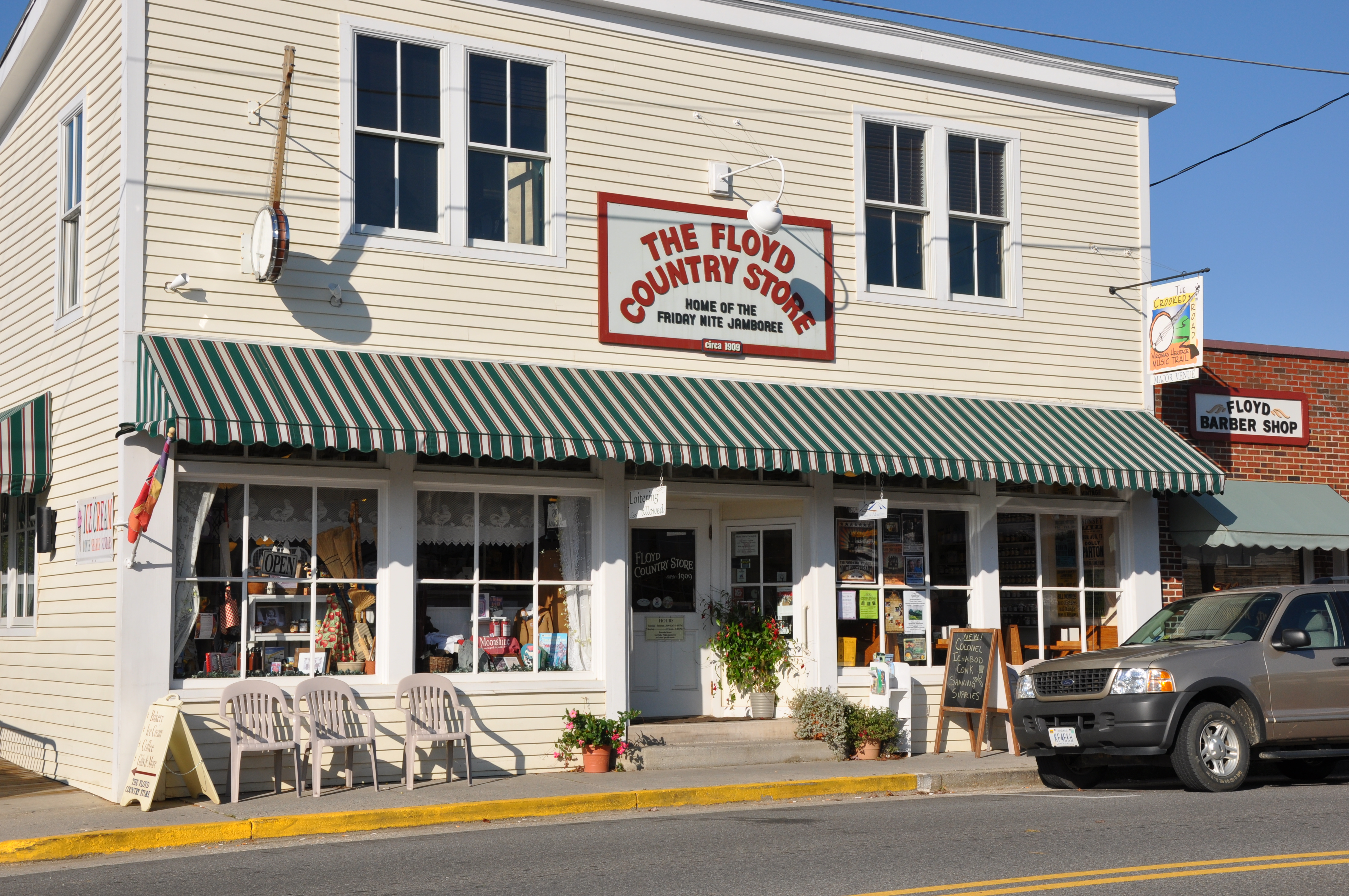 Virginia's Heritage Music Trail, also known as The Crooked Road, weaves in and around the Blue Ridge Parkway, and Appalachian and Bluegrass music is definitely woven into the roots of this region. The Floyd Country Music Store, six
miles off the BRP at Highway 221, is a fun place to join the locals as well as world-travelers for the famous Friday Night Jamborees. Even if you can't make it on a Friday night, still plan to stop for hand-dipped ice cream and all things music-related. The store recently celebrated its 100th anniversary and is a perfect place to shop for unique, local merchandise.

Most likely you've seen photos of Mabry Mill, one of the Parkway's most photographed locations. The grist mill operated from 1910 to 1935 and was a landmark for locals who needed a load of corn ground into meal or horses shod. Folks said owner Ed Mabry was a "man who could do anything." Today, his spirit is honored with milling and wood-carving demonstrations, blacksmithing, and other mountain skills. And the restaurant serves a Virginia breakfast of country ham, buckwheat cakes, and blackberry preserves.

Gas Availability:  None on the Parkway itself. Exit at the US or State Highway intersections