Egypt is considered one of the countries richest historical attractions. Find out everything you can do in Egypt with these Egyptian Landmarks lists for you to visit in the country of the pharaohs. Book one of the best Egypt Vacation Packages All Inclusive and embark on this ancient journey, check out these special tips now. No matter how much time you have free, there will always be an attraction to discover: 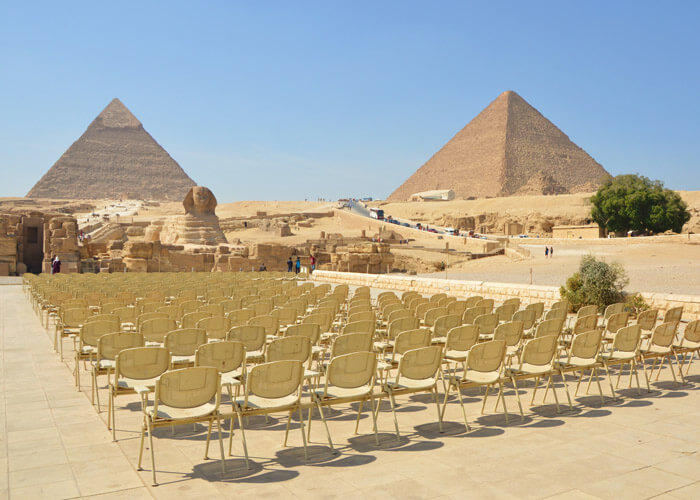 One of the main tourist spots in the country, the 3 pyramids of Giza are the great icons of Egypt, even today, it is unknown how they were built. Cheops are the first and largest of them and were built for King Khufu. The second largest was attributed to King Khafre, son of King Khufu and the smallest of the three pyramids, Menkaure, was attributed to King Menkaure, son of King Khafre and grandson of King Cheops. In the same area, there is the Sphinx, with its head of a man and the body of a lion, and the Temple of the Valley, built by King Khafre. 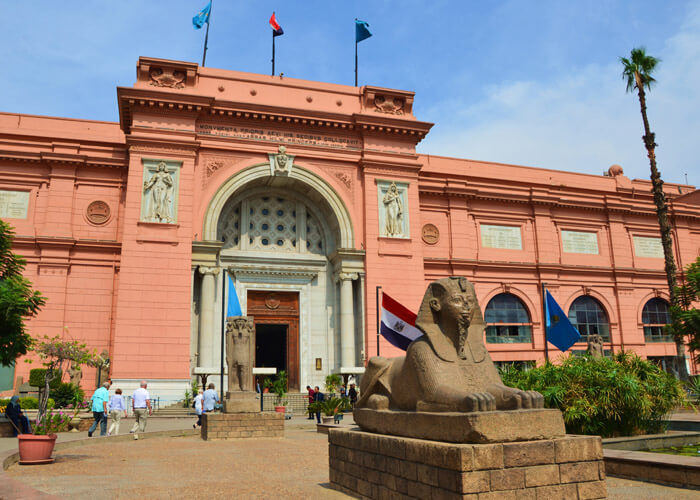 Next to Tahrir Square, in the center of Cairo, the Egyptian Museum is a must-visit on any city tour. It was opened in 1902 on purpose to house the antiquities of Ancient Egypt. In the Interior, home to the largest collection of Egyptian archaeological history in the world, you will come across more than 120,000 artifacts, including the treasure of Tutankhamun's tomb and most of the mummies that have been discovered since the 19th century. museum range from the beginning of the Ancient Empire of Ancient Egypt (approximately 2700 BC) to the Greco-Roman period.

3- Sharm El Sheikh
Egypt is diverse, in addition to monuments and temples, nature is rich with beautiful beaches and nature reserves. Sharm El Sheikh is one of the country's coastal cities, a simply beautiful beach town located on the southern tip of the Sinai peninsula, bathed by the waters of the Red Sea, famous for its crystal clear waters and coral reefs along its banks, an excellent place to take a boat trip.

It contains an incredible diversity of marine species, which makes the area a paradise for snorkeling and diving, especially in the Ras Mohamed area which, being a nature reserve, is better preserved than the rest of the region. In addition to diving, Sharm El Sheikh offers visitors a lively nightlife, with many restaurants, bars, and clubs. 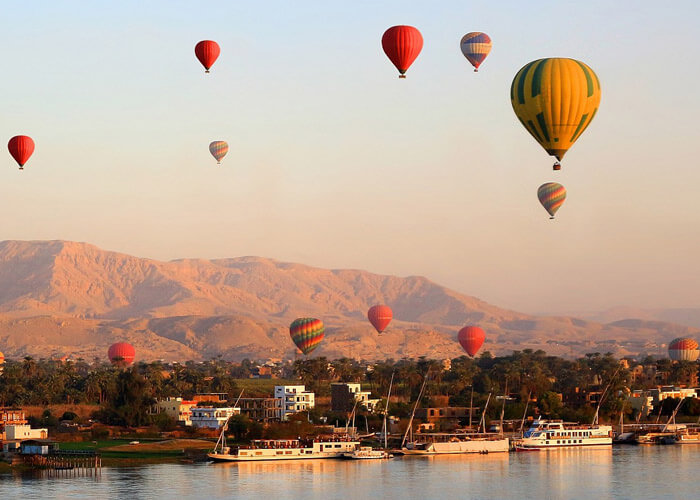 It is the best-known city in Upper (South) Egypt and is famous for the oldest Egyptian archaeological sites. The city is located between the East Bank and the West Bank of the River Nile and was originally called Thebes in ancient times. Luxor is also known as "the largest open-air museum in the world".

The ruins of the ancient Temple of Karnak and Luxor Temple are within the modern city on the East Bank. Many monuments, tombs, and temples are located on the West Bank such as the Hatshepsut Temple, the Valley of the Kings, and the Valley of the Queens attracting millions of tourists from all over the world. 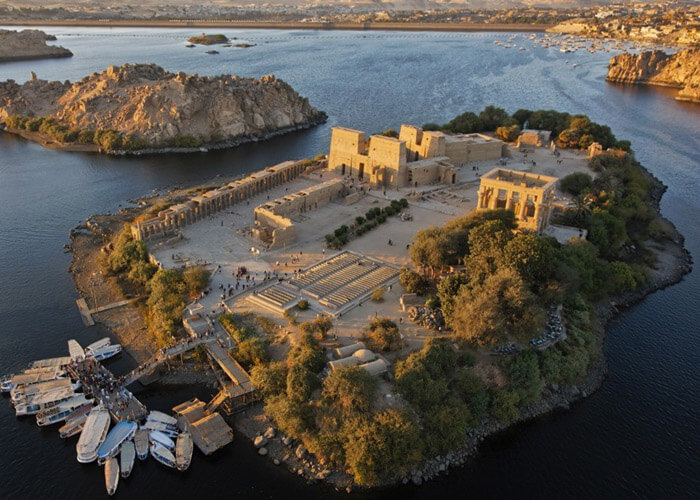 Known by the Egyptians as the city of the Nubians, Aswan prides itself on the peaceful and relaxing atmosphere and hospitality of its people. Its colorful villages show the peculiarity of their customs and traditions, making the visitor feel at home. The city does not have as many monuments as Cairo and Luxor, but what enchants the visitor is the tranquility of a Felucca tour (small sailing boats) at sunset, a happy hour in one of the cafes or restaurants on the Nile. or the extraordinary visit to the Philae Temple. A little far from the city, you can visit Abu Simbel - the temple of the great pharaoh Ramses II, and other monuments by Lake Nasser.

6- Alexandria
The city founded by Alexander the Great in 331 BC is a fertile region. Located on a strip of land between the Mediterranean Sea and Lake Mareotis, it serves as a gateway to Cairo and Giza. But what to do in Alexandria? You can visit places like the Montaza Palace, the Khom el Shuqqafa catacombs, the citadel of Qaitiba y and the Pilar de Pompey are favorites among visitors. The famous Alexandria Library has specialized facilities, laboratories, a planetarium, a scientific museum, a calligraphic museum, and a room for congresses and exhibitions.

7- Cruise on the Nile 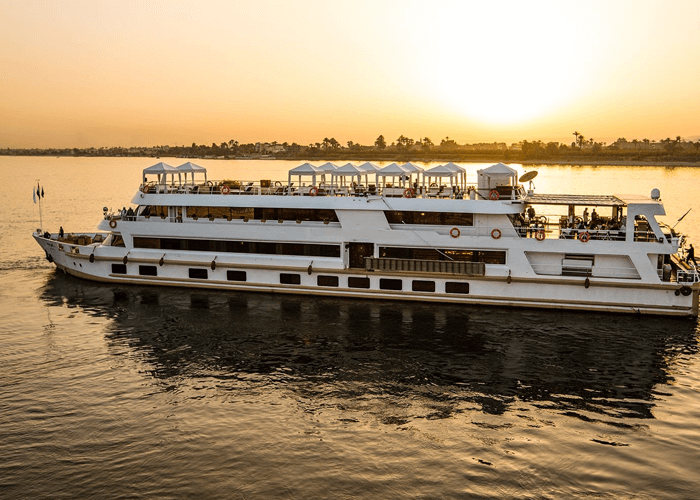 The legendary Nile River has inspired generations since antiquity and a cruise through its waters offers moments of leisure and fun. There are options of 4 or 5 days on board, with full services, between the cities of Aswan and Luxor with schedules and tours of the temples and sights in the vicinity of the two cities. There is also the option of making the trip from Cairo to Aswan in 15 days onboard, also with all services and tours included. 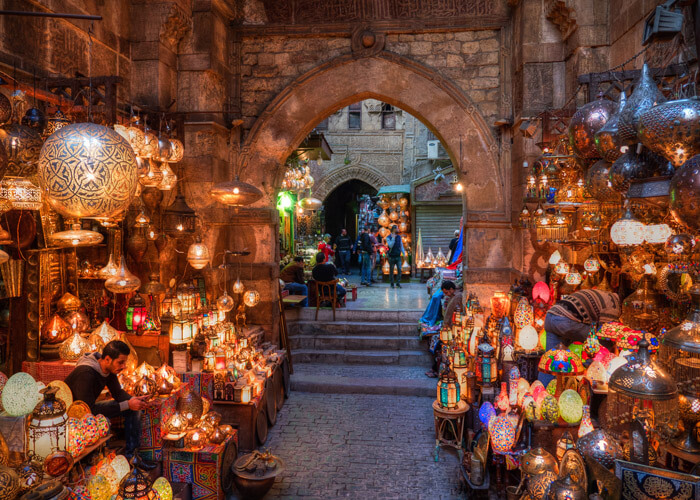 A visit to the site is a journey through time and the ancient Arab way of buying and selling. The vendors, who try to attract visitors in every way, speak several languages ​​and sell souvenirs, but you can find everything: oriental rugs, gold, clothes, perfumes, antiques, papyrus, and many beautiful things. It is located in Old Cairo, a region full of historic buildings, museums, and typical tea houses.

9- Cave Church
A place little known by tourists but highly sought after by Christians who visit Cairo. The orthodox church complex includes a large temple with a capacity for 20,000 people, making it the largest church in the Middle East, and other churches built in the caves of Mokattam Mountain, which is within an area known as the City of Garbage. Inside the two largest temples and on some external rocky walls scenes and biblical verses were sculpted. 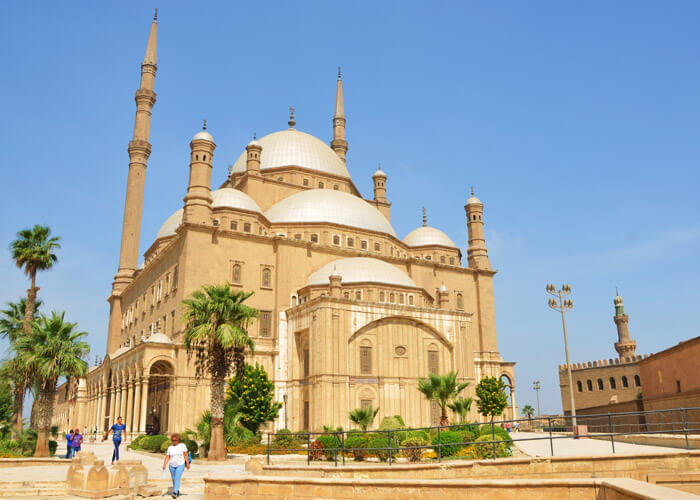 Completed in 1183 AD high up on the mountain, the Citadel of Saladin served as the seat of government in Egypt for 700 years and is the focal point of the fortifications built to protect the city from attacks by European Crusader armies. Its Alabaster Mosque is one of Cairo's most famous landmarks. Its silhouette is the most dominant feature of the city's eastern horizon. The Citadel also contains a second mosque, the National Military Museum, the Police Museum, and several other museums dedicated to the palace of Muhammed Ali.

11- Flyover Luxor in a balloon
It may look like Cappadocia, but it is in Egypt. Wake up early and watch the sunrise from inside the balloon.

Luxor, formerly called Thebes, was the ancient capital of Egypt. Have this incredible experience and enjoy a privileged view of more than 4 thousand years and history.

12- Discover Islamic Cairo
Cairo is the city of a thousand mosques, a nickname that reflects the many mosques located in its different neighborhoods. These mosques were built in Cairo during different times that represent the reign of different kingdoms. Although mosques are Islamic buildings, each has its unique architectural beauty that attracts visitors from all over the world.

13- Dive into the Red Sea
Places like Marsa Alam, Hurghada, Sharm El Sheikh, and Dahab offer great diving sites where visitors can discover the hidden beauty of the Red Sea and its rich ecosystem.

14- Climb Mount Sinai
You will witness the magnificent mountain landscapes of varying shapes and tones. The place is considered sacred and contains a rich historical and religious heritage. Mount Sinai is where, according to the Old Testament, Moses, after spending 40 days and 40 nights in the mountains, received the Ten Commandments.

Did you like these tourist attractions? Do not miss the opportunity to visit Egypt and experience incredible days in these places and other tourist spots in Egypt, check out our Trips to Egypt now and book your dream itinerary.