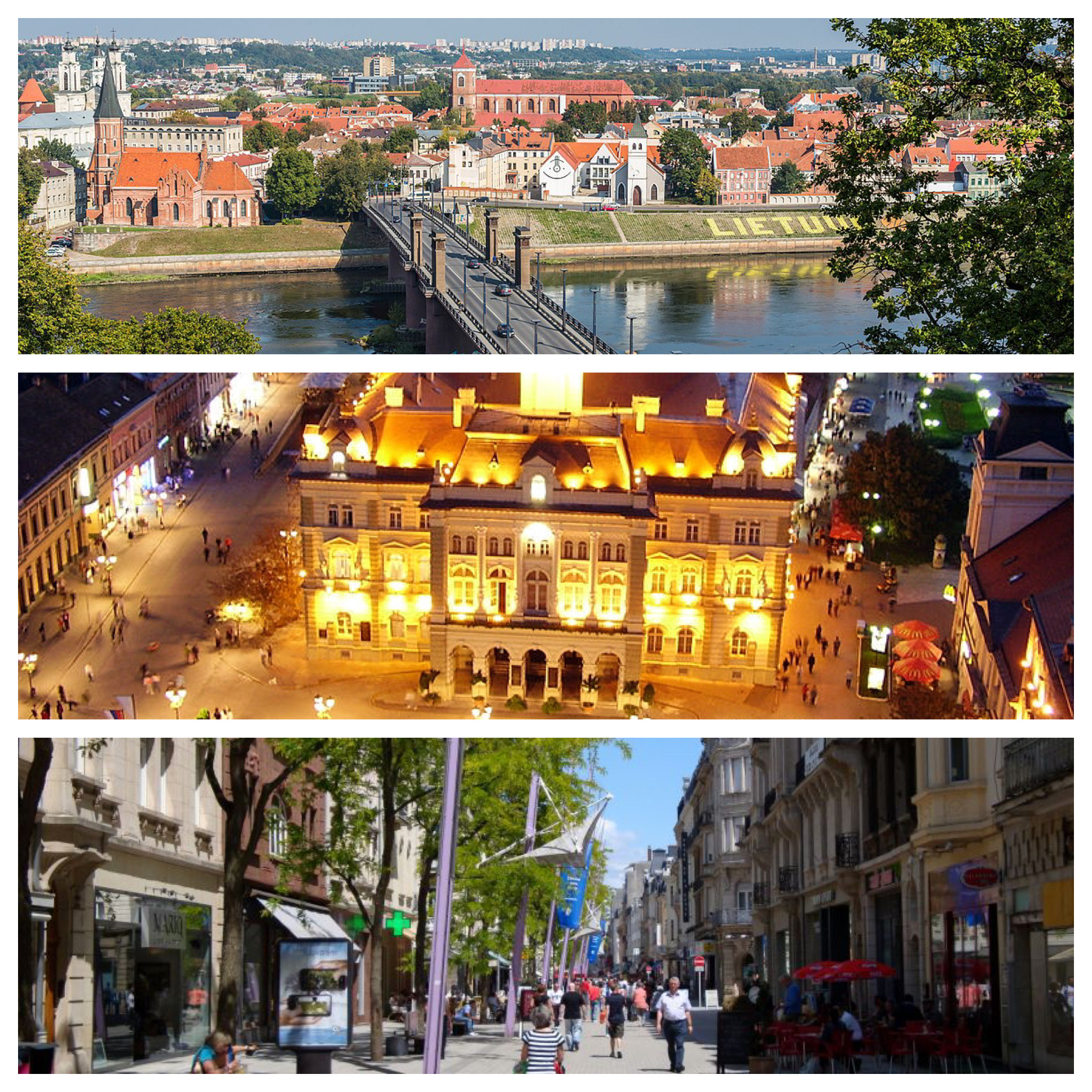 Annually since 1985, the cultural poobahs of the European Union have desginated one or more of the continent's cities (and as of 2022 it's three), as Capitals of Culture, focusing on their cultural offerings, allowing them to organize a series of cultural events (many with a strong pan-European dimension); bring in considerable additional revenue; foster urban renewal; and raise their international profiles and images. Since the first one, Athens, most of the better known cities have already had their years in the sun, and recent Capitals of Culture have been lesser known. That's certainly true of this year's trio, distinguished though they may be. Here's a quick look:

Just over an hour west of capital Vilnius, this country's second largest city, located where two major rivers meet, features a rectangular, mostly pedestrian Old Town with highlights including the Gothic Kaunas Castle (13th-16th centuries); the Old Ducal Palace (15th century); the Church of Vytautas the Great (also 15th century); the Cathedral Basilica (begun in the 15th century); the City Hall (begun in the mid-16th century and with later Baroque and neoclassical additions; and quite a bit of 19th- and early-20th-century Modernist architecture.There is also a variety of interesting museums (one of the most curious of which is the Žmuidzinavičius Museum, the world's only collection of devil imagery). For Kaunas 2022, more than a thousand events, including some which reach beyond Europe, such as Days of Japan and a Yoko Ono exhibition.

Another second-largest city, about an hour north of capital Belgrade, was founded in 1694 on the banks of the Danube River and is youthful and dynamic feeling, with an ancient fortress and charming old town, lively café culture, Štrand riverside beach, and nearby Fruška Gora National Park. Landmarks not to miss: Petrovaradin Fortress (Europe's second largest, begun in the late 17th century) and a number of fine Catholic and Orthodox churches as well as a majestic Art Nouveau synagogue built in 1909. On the cultural side, "the Athens of Serbia" is already a vibrant hub thanks to its wide variety of museums and art galleries but also its progressive vibe, alt music scene, and July's Exit music festival (held this year on the 7th-10th). This year's Novi Sad 2022 will leverage all that as well as break new ground, bringing in more than 400 artists in various disciplines from across Serbia and Europe to mount exhibitions, concerts, stage productions, and various other spectacles from traditional to avant garde.

The third Capital of Culture is the smallest (its population just over 35,000) and least known of all. Located just a 15-minute drive southwest of Luxembourg City, Esch boasts a long history - stretching back to 773 CE - but for centuries was a simple farming village until rising to prominence in the 19th century, becoming the clanking heart of the Grand Duchy's mining and iron/steelmaking industries. All that started disappearing from the 1970s through 1997, and in its wake, the town started becoming something of a cultural mecca, with public art, galleries, and performance/exhibition venues like Kulturfabrik, in addition to ffering other attractions such as the Belval Blast Furnace, Cockerill Mine Museum, and the Museum of the Resistance and Human Rights, devoted to the life and times of Luxuembourg, its Jews and its resistance fighters during the Nazi occupation from 1940 to 1945. This year's Esch 2022 will raise the town's cultural profile even further, with more than 2,000 events including 310 performances, 137 exhibitions, 141 concerts, and 360 workshops.