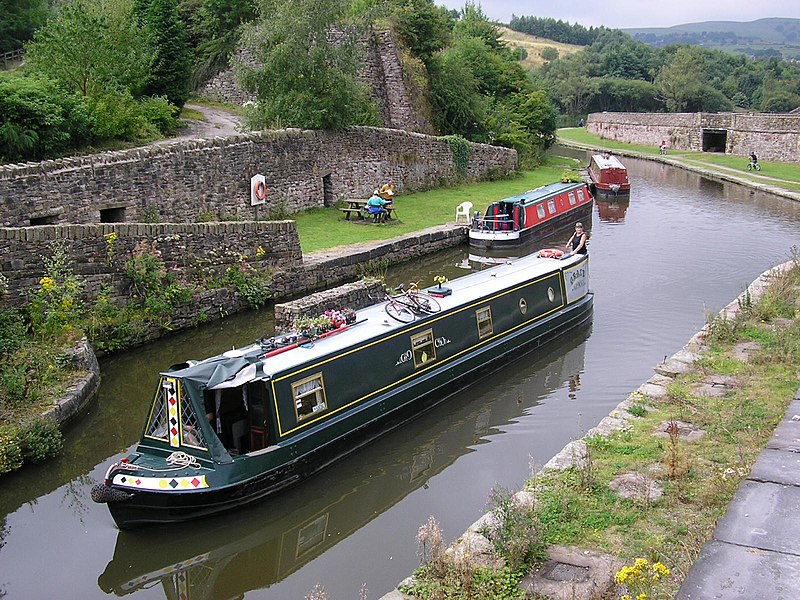 Done the London tours? Check. Tower of London? Check. Churchill’s bunker? Check. British museums? Check. Day trip to Stonehenge? Check. Everything to be seen on a visit to London. So what now?

Pay attention to the boat traffic on the Thames as it runs through the city. Occasionally passing through are long, narrow (usually just under seven feet wide) cabin boats called, logically, narrowboats. It turns out that these are the motorhomes of the canal network. The British people do like boats and enjoy cruising their 2,000 miles of freight canals left over from 1800's. This canal system is now managed for public benefit by the Canal River Trust. 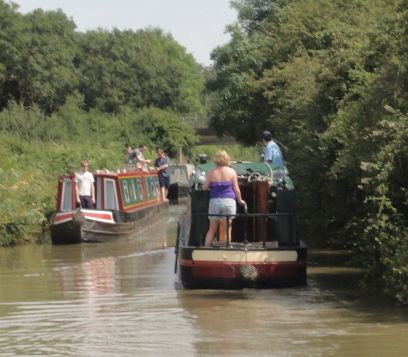 How to Get Onto the Canals

My experience took place in the countryside about an hour by train outside of London. It is easy to take a train from London to Napton and there step aboard your vacation narrowboat. Get it stocked with food in advance for a small fee. My provider was Napton Narrowboats, whose crafts are steel hulled with bumpers, so when I delivered a glancing blow on a bridge support it didn't hurt anything (think bumper cars at an amusement park). Start the little diesel engine and off you go at just a few miles per hour. Ahead unfolds another England of waterside communities, boat-based restaurants, waterwheel powered factories, and fantastic views. Importantly, you will have time to take it all in at leisurely boat speed.

Popular spots alongside the canal get taken early in the season by those who live aboard these boats, so expect to walk a ways to get a beer at the picturesque canal pub. Everyone we encountered was friendly, as they are co-members in this canal-life club. Even the "slow down!" shouted at me for rocking the adjacent boats included a friendly wave. 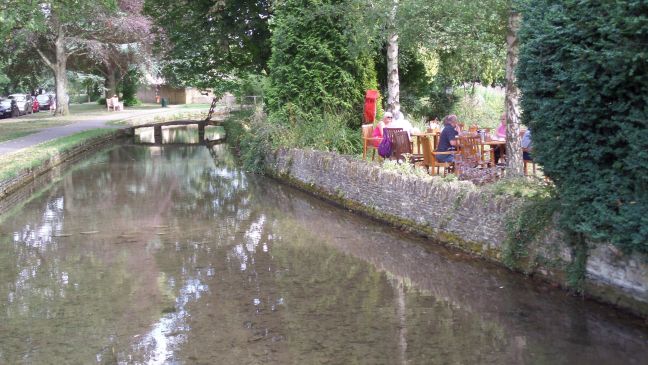 It's possible to board your boat in other regions of England and see the beautiful scenery without so many boaters on the outskirts of London. Take a look at the Leeds area, for example. Napton Narrowboat provided my boat and their location is well situated to follow up the canals with a car trip to famous Oxford and all its classic architecture. This Napton location is on the Oxford Canal, but the route out to all the canals is through the Grand Union Canal towards Rugby. On the way there's the fun of taking the boat through the canal locks and running the gates operation yourself. The days of a lockmaster family living at the lock are long past, but the quaint old cottage remains. Follow the posted directions and it is easy. 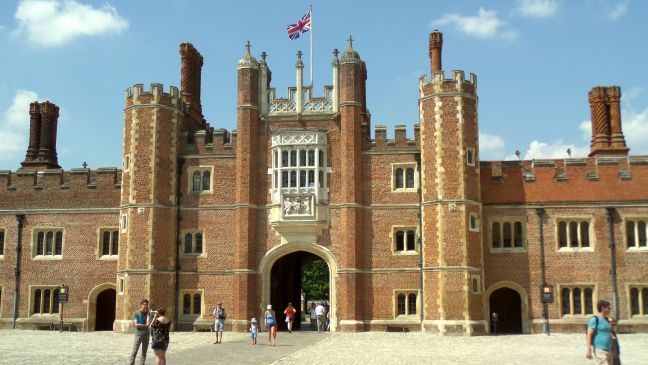 Cotswolds and Oxford tours are best arranged through a guide. Search "Cotswolds+tours" online for a list of knowledgeable guides/tour operators. Try to decide on your interests so to get what you came for – the subject matter in the area can be broad and include gardens, lovely estates, unique rock walls, thatched roofs, or the spot of a public witch burning. The best stops can be arranged with a little preview of historical or architectural interests.

Henry VIII-themed tours will include Hampton Court Palace, which is not far from Oxford. Henry spent much time here and there remain in the architecture decorations reminders of his love interests. The palace itself is simply striking to view from the entrance road and builds anticipation for viewing a small part of the life of Henry. And If he could have done so, perhaps he would've packed off wife number four, Anne of Cleves, to her Duchy of Cleves on the Lower Rhine by the next jet. If Hampton Court is your last stop on a wonderful trip, flying out of Heathrow airport is easy as it's right nearby.