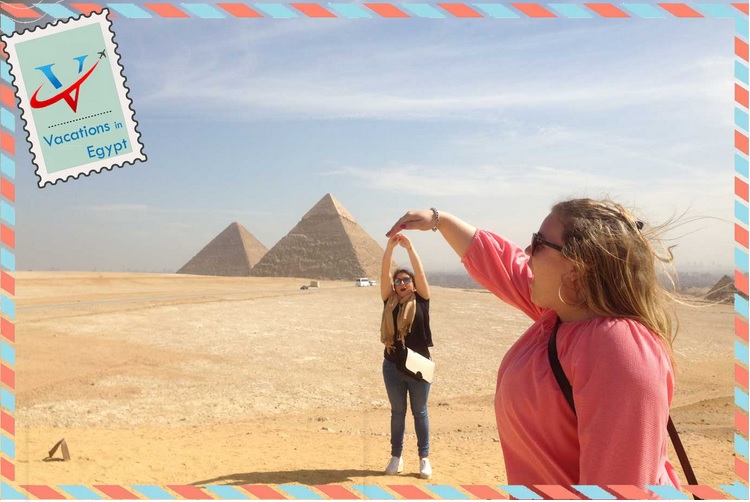 One of the world's earliest great civilizations - from around 3150 to 332 BCE - ancient Egypt still fascinates, and is primarily the reason why more than 13 million visitors travel here each year. Here we've put together a list of the country's top attractions not to miss, whether you come independently or on a vacation package. Your life will never be the same!

The Pyramid Complex at Giza

By far the country's best known and most popular draw, this is one of the classic seven wonders of the world: built between 2600 and 2500 BCE during the Fourth Dynasty of the Old Kingdom of ancient Egypt. Located on the Giza plateau near Cairo, there are 11 pyramids (including the three main ones, the Great Pyramid of Cheops (Khufu), the Pyramid of Khafre, and the Pyramid of Menkaure), plus the Great Sphinx, several cemeteries, and the remnants of a workers' village. It's best to book a quality pyramids tour, to provide transportation within the complex as well as an expert guide to tell you about what your seeing - not to mention steer you away from the sometimes aggressive touts who pester visitors.

Also known as the Citadel of Saladin, this sprawling, Ottoman-era complex was the seat of government in Egypt from the 1170s to the 1870s. These days, besides offering great views out over the ciy and the River Nile it's home to the Palace Museum and three others ,dedicated to royal carriages, the police, and the Egyptian army. A full day Cairo tour will usually include the Citdadel as well as the Egyptian Museum and the Khan-el-Khalili Bazaar.

Located about a half hour's drive south of Cairo, Memphis was the capital of the Old Kingdom, circa 2700-2200 BCE, and what remains of the city is an open-air museum with highlights including the Temple of Ptah (the largest and most important), an eight-meter-long (more than 26-foot) sphinx, and a statue of Pharaoh Ramses II 13m (more than 42 ft.) high.

A five-minute drive from here, Saqqara is the so-called "city of the dead" of Memphis, for the high and mighty of the royal capital, in which major new finds are still being made by archaeologists. The main attraction is the stepped Pyramid of Djoser, diferent in style to the Giza pyramids and also the oldest known pyramid in Egpyt, built in the 27th century BCE.

In another necropolis, nearby Dahshur, there are three pyramids, also among Egypt's oldest - one red (the only one in which you can visit the burial chamber), one black and the third a Bent Pyramid, so named because of a misshapen appearance resulting from errors during its building during the rule of the Pharaoh Sneferu (2613-2589, whose son Khufu (Cheops) learned from those mistakes in having the pyramids of Giza built; in addition, this one has two entrances, one 12m (39 ft.) high.

You can visit all three with a Memphis-Saqqara-Dahshur tour from Cairo. 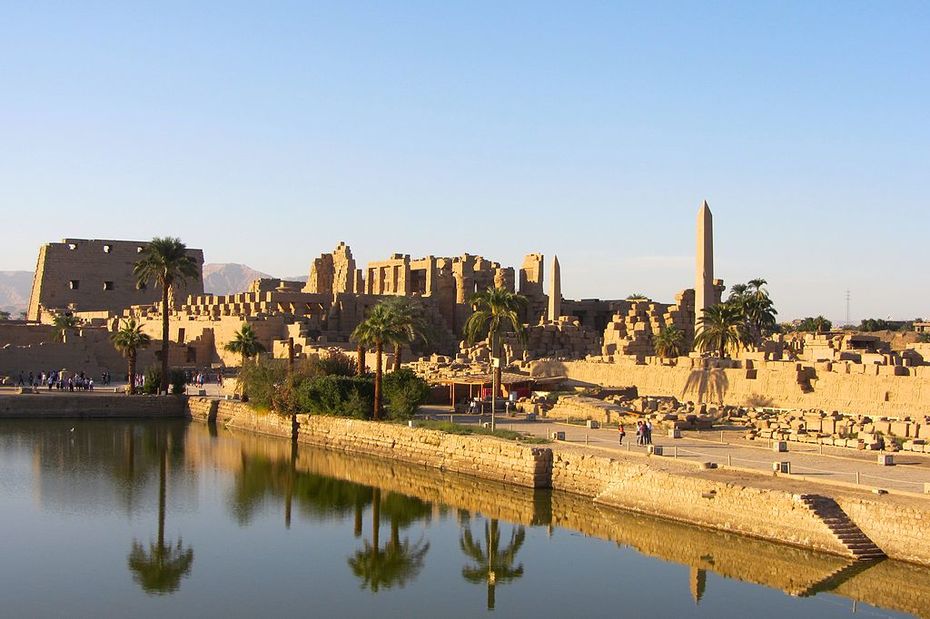 The Temple of Karnak

Luxor lies a day's drive or three-hour flight south of Cairo, and this temple complex (above) was begun during the Middle Kingdom (circa 2000-1700 BCE) and enlarged up through the three-centuries-plus rule of the Ptolemies (305-30 BCE). It consist of four sections - each dedicated to a different god - and only one is currently accessible to the public: the one dedicated to the god Amon-Re. The complex may be in ruins, but it's still one of Egypt's most impressive sites, as well as being considered the world's largest historical religious site. The main attraction is the imposing colonnade of the Hypostyle Hall, where in 16 rows of 134 giant columns, decorated with hieroglyphs and complex designs, tower meters above your head.

The Valley of the Kings

Ruling from around 1331 to 1323 BCE, Tutankhamun was one of the most famous pharaohs in history, in part because he was the youngest ever, ascending throne when he was eight or nine years old and dying at the age of eighteen due to various pathologies. But also in no small part because his tomb here in the Valley of the Kings was discovered crammed with dazzling treasures, now in the Egyptian Museum and periodically sent on world tour. A total of 63 tombs were discovered in this valley - besides King Tut, those of other powerful pharaohs such as Seti I and Ramses II (considered to be the most important pharaoh of all, for example under whose rule a number of important temples, including the one in Abu Simbel, were built).

The fifth pharaoh of the 18th Dynasty, Hatshepsut (ruled circa 1507 to 1458 BCE) is widely regarded as one of Egypt's most successful rulers of Egypt - in addition to being one of its very few female pharaohs, and the one who ruled the longest). Carved into a cliff face, this three-story temple up to 30m (98 ft.) high was designed by the royal architect Senemut, with an awe-inspiring colonnade, to worship Hatshepsut as well as the god Amun-Re; back in the day, it would've been surrounded by beautiful gardens. 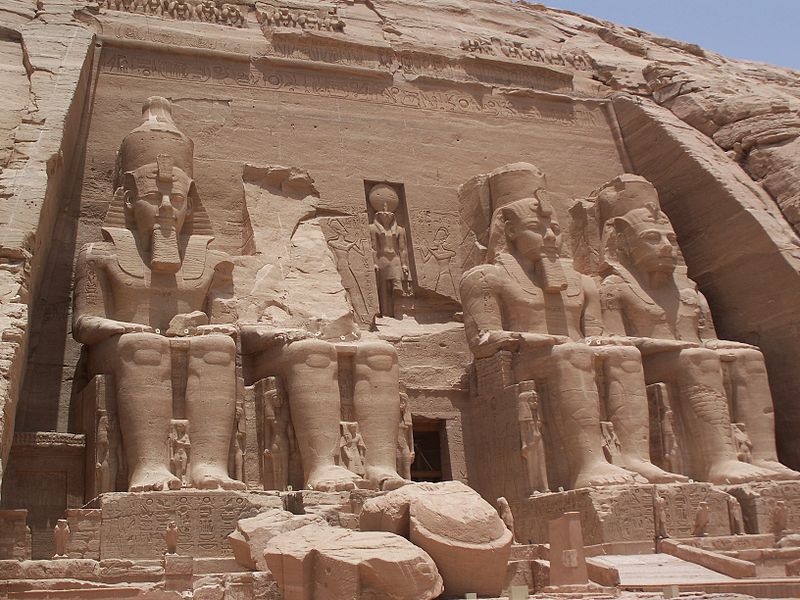 The Temples of Abu Simbel

Down south near the border with Sudan (and a four-hour flight/11-hour drive from Cairo), another of the country's most famous archaeological sites, this pair of massive temples were cut into rock over the course of 20 years under the watchful eye of Ramses II, intended to serve as a lasting memorial to himself and to a lesser extent his wife Nefertari. The temple complex actually stood a little farther down the road, but in the 1960s it was moved from its original location - quite a monumental undertaking itself! - before the construction of the Aswan High Dam and the creation of the Lake Nasser reservoir. You can take a half-day (usually morning) tour - like this one - from the nearby town of Abu Simbel.

Also removed from its original spot due to the dam construction, this also impressive temple complex dedicated to the goddess Isis dates back to around 380 BCE and can only be reached by boat, as it is located on a small manmade island on the reservoir of the Aswan Low Dam, built around the turn of the 20th century. The sound-and-light show here is a must!


For more information about these and four other top destinations in Egypt, click here.