India's northernmost state, bordering the Himalayas of Nepal and Tibet, is known for its mountainous natural beauty and also for its plethora of Hindu temples and shrines. In fact, four of those cites, collectively known as Char Dham ("four abodes"), are considered the Hindu equivalent of Mecca for Islam, a pilgrimage that all Hindus should make once in their lifetime to cleanse themselves of sins and achieve Moksha (salvation). As such, every year they are visited by tens of thousands of pilgrims during a six-month period from spring through fall, with the peak months with the most pleasant weather being April/May and October/November (this year two of the yatra temples opened on April 26, but of course pilgrims have not been allowed to come due to the coronavirus lockdown - meaning the pilgrimage has this year been postponed until travel opens up again).

The four dhams are: 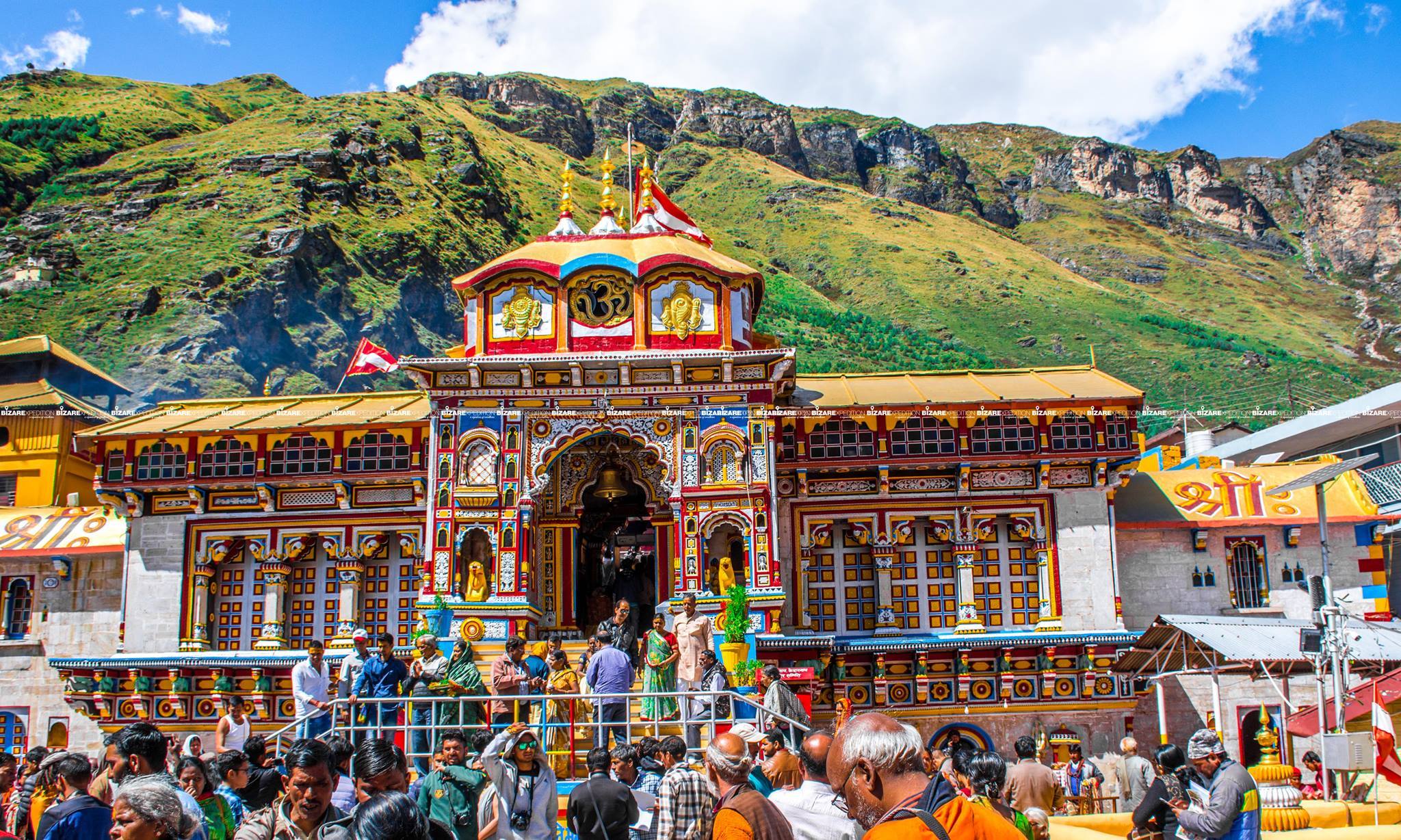 This town's temple (right), dating back as far as the 8th or 9th century, became the first dham because Badrinath according to mythology was the site of mediation and self cleansing by Nar-Narayan, an avatar of Vishnu.


Apart from all four Dhams, PanchPrayag (Devprayag. Rudraprayag, Karnaprayag, Nandaprayag, and Vishnuprayag) is also done. If you have 02 more spare days then you can do Auli and Chopta also. 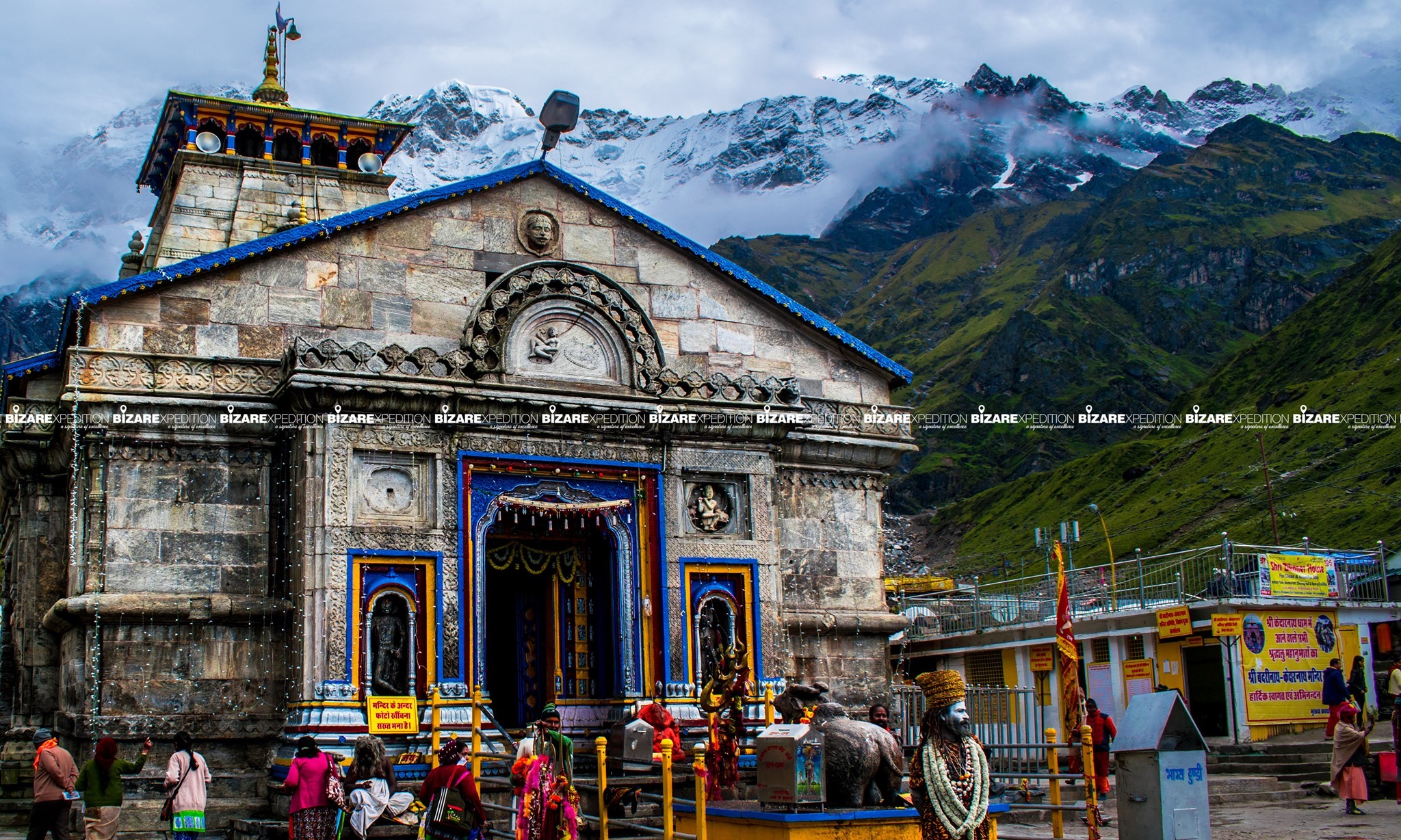 Generally, the Chardham remains open for six  months from April/May through October/Nov, every year the opening & closing dates are announced. Best time to visit the Chardham is from May – June, and Oct – Nov. Heavy rainfall during monsoon causes frequent landslides & road blockages so better to avoid at that time. All four Shrines remain inaccessible during winters due to heavy snowfall thus during that period the idols of Chardham deities are brought down to nearby accessible town i.e. Kedarnath at Ukhimath, Badrinath at Joshimath, Mukhba for Gangotri and Yamunotri at Kharsali. Daily rituals for deities are performed at these respective places. These revered places are famous by the name Winter Chardham among devotees.

The popular Halt places of Chardham yatra are Barkot, Uttarkashi, Guptkashi, Kedarnath, Birahi/Pipalkoti, Badrinath and Rudraprayag. But there are alternate halt places also but are very less known by people. Some of them are:

There is a well laid national highway till Badrinath which ends at Mana village, other three dhams (Yamunotri, Gangotri, and Kedarnath) are well connected by state highways. It is a lifetime experience of cruising on the highest motor-able road of Mana pass or driving on serpent-like highways with magnificent backdrop framed of snow covered mountains.

There are many operators for helicopter services to Kedarnathji. Few of them are Pawan Hans, UT Air, Pinnacle Air, Sar Aviation, Himalayan Heli Services, Aryan Aviation, and Heritage Aviation Pvt Ltd. These helicopter operators start their services from Guptkashi, continues till Sitapur, in between there are few helipads from where the devotees can avail the services of a Helicopter flight to Kedarnath.

Apart from all four Dhams, PanchPrayag (Devprayag. Rudraprayag, Karnaprayag, Nandaprayag, and Vishnuprayag) is also done. If you have two more spare days then you can do Auli and Chopta also.

Chardham yatra is one of must-to-do tour not only for its high religious importance but also for its unparalleled natural beauty. But there are certain myths associated with yatra i.e. bad road condition, landslide-prone area, hotels, accessibility, etc.

To book your Char Dham Yatra at lowest prices with best service guarantee, and for more information, click here (and for reviews, click here).