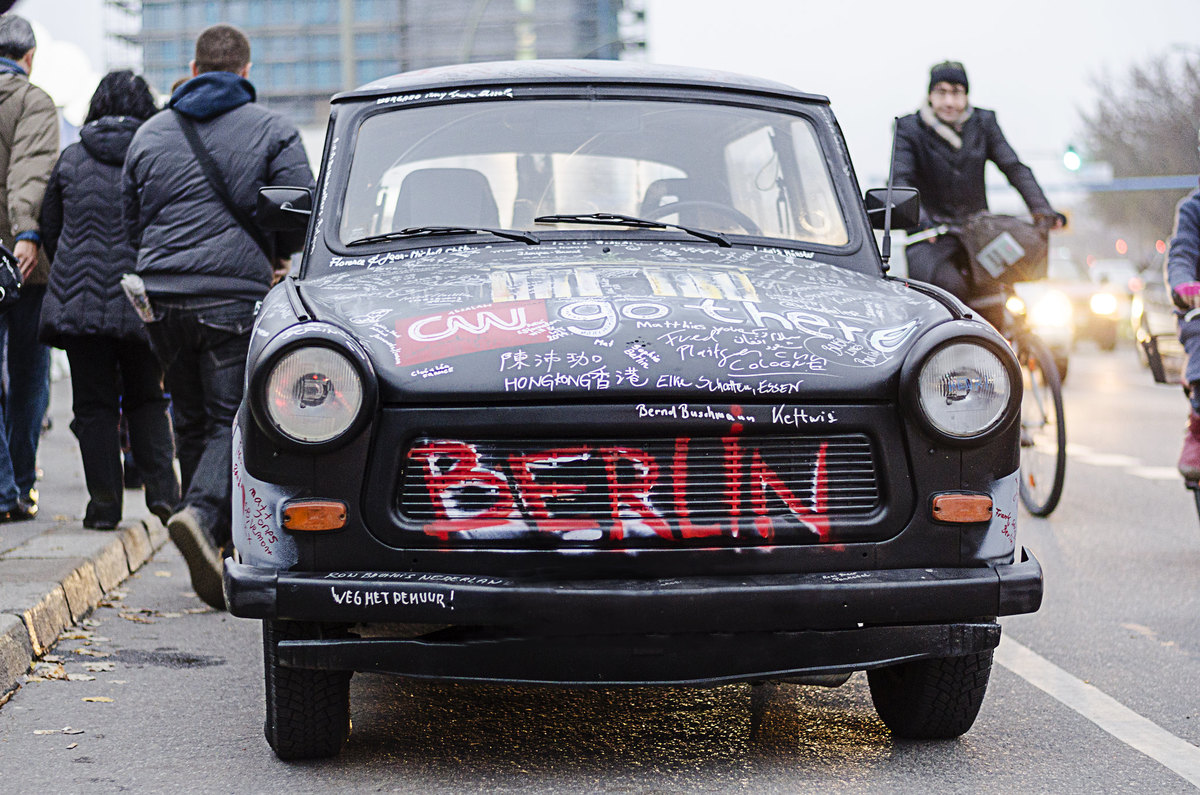 
Germany’s capital is already a super-fun place to visit. And you can make it extra fun by tooling around the city in a very special kind of car. An East German company produced more than three million Trabants - cheap, ubiquitous little two-stroke-engine jalopies made out of plastic – from 1957 until 1991. And Trabis were given quite a few fond (and not so fond) nicknames, including “Racing Cardboard,” “Escape Suitcase,” “Roofed Sparkplug,” “Two-Stroke Dwarf,” and “Umbrella with Wheels”.

Furthermore, there’s always been a certain amount of Ostalgie (Eastern nostalgia) for the icons (if not the reality) of the onetime GDR, especially in eastern Germany. And so these days in Berlin, you can check out the Trabi World museum right next to the Cold-War-era Checkpoint Charlie between onetime East and West Berlin (and which is itself not far from landmarks like Potsdamer Platz and the Brandenburg Gate), a mix of various of the four Trabi models produced along with a lot of information about the brand and plenty of cultural lore surrounding it (plus of course a shop selling scale models and other Trabi swag).

Furthermore, you can also squeeze behind the wheel of their fleet of a hundred they have on hand for hire (some with mighty funky paint jobs) and participate in a Trabi Safari, a guided tour of the city’s highlights. Or you can even hire one to tool around on your own – you’re sure to get some double-takes out on the streets of 2022 Berlin.