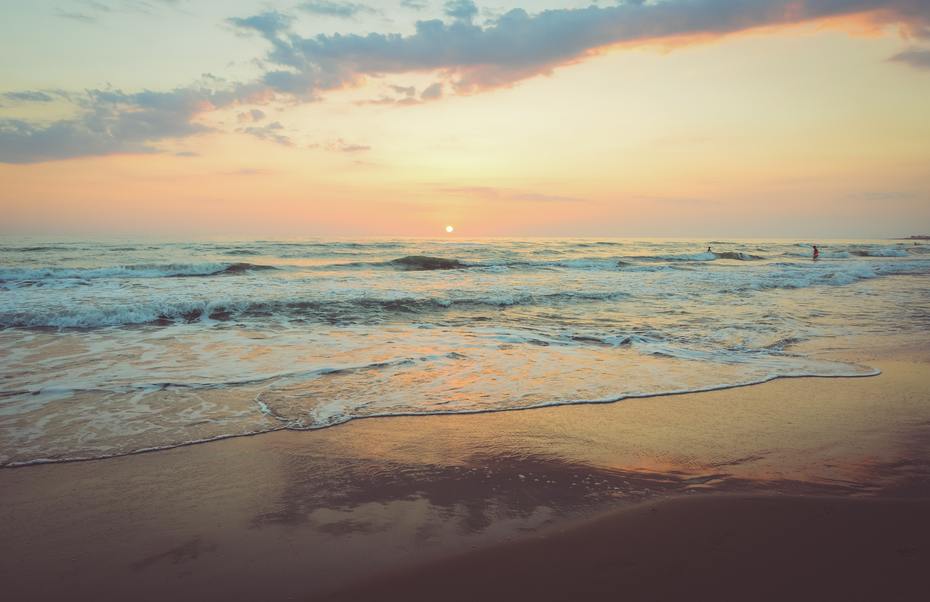 Many visitors wouldn't necessarily associate Beantown with beaches, but the fact is that there are a number of appealing Atlantic Ocean strands within easy reach (in many cases more so, even, than those on Cape Cod), which are popular with Bostonians as well as tourists who want to work in a dollop of sun and fun to their diet of history, museums, and other culture. There are more than a dozen contenders, and here's my pick for the top five:

Located outside the quaint, historic town of Ipswich, 40 minutes north of Boston, this is perhaps the most beautiful beach in the area (some would say in all of New England), as well as the wildest, being part of a protected reserve of moe than 1,200 acres which besides beachfront include dunes and a low-lying maritime pine forest, some of which is crisscrossed with more than five miles of trails and raised wooden walkways. On the four-mile strand, amenities are limited but do include lifeguards, several concession stands, kayak rentals, guided nature walks, and up the hill from the beach, the Crane Estate, whose opulent, Stuart-style "great house" was built in 1928 and open for tours.

The farthest on our list - about an hour 15 minutes by car - this small, quaint fishing village of just over 1,500 lives up to its name, which means "beautiful place by the sea" in Abenaki, the tribe which originally occupied the area. Ogunquit has also been an artists' colony and beach destination since the early 20th century, and since the 1980s also something of a gay/lesbian mecca, with various LGBT-oriented establishments among the village's ample offering of lodging, dining, bars, theaters, and shops. There are also a number of historical, cultural, and nature attractions, such as the 96-year-old Barn Gallery/Oguinquit Art Association, the Ogunquit Museum of American Art, the summer-stock Ogunquit Playhouse, the Historical Society of Wells and Ogunquit (est. 1862), the Ogunquit Heritage Museum in the 18th-century house of sea captain James Winn, and whale-watching cruises, and a scenic cliff-top walkway. The 3 1/2-mile beach, meanwhile, is on a very close-in barrier island connected to the village via a charming footbridge. From far-ish to super close, the USA's first public beach (since 1896), this dog-friendly, three-mile stretch just an eight-minute MTA subway ride and an even shorter drive from downtown Boston is part of a vibrant city of 62,000 which has been a vacation destination for more than a century, with plenty of vardied lodging, dining, shopping, nightlife, as well as an attractive cityscape including Victorian- and Edwardian-era homes. Revere Beach itself has a Victorian pavilion and public bathhouse, along with food vendors, summertime lifeguards, a bandstand for summer concerts, and various other amenities. And of course one of its top claims to fame is the weekend-long international sand sculpting competition which attracts more than a million visitors each July. The beach can get pretty busy on weekend afternoons, but less so in the mornings and on weekdays.

About the same distance away from downtown, this is one of three main beaches within city limits, in Boston's largest neighborhood, historic and diverse Dorchester. (also home the the John F. Kennedy Library and Franklin Park Zoo) The beach has lifeguards on duty during the summer months. 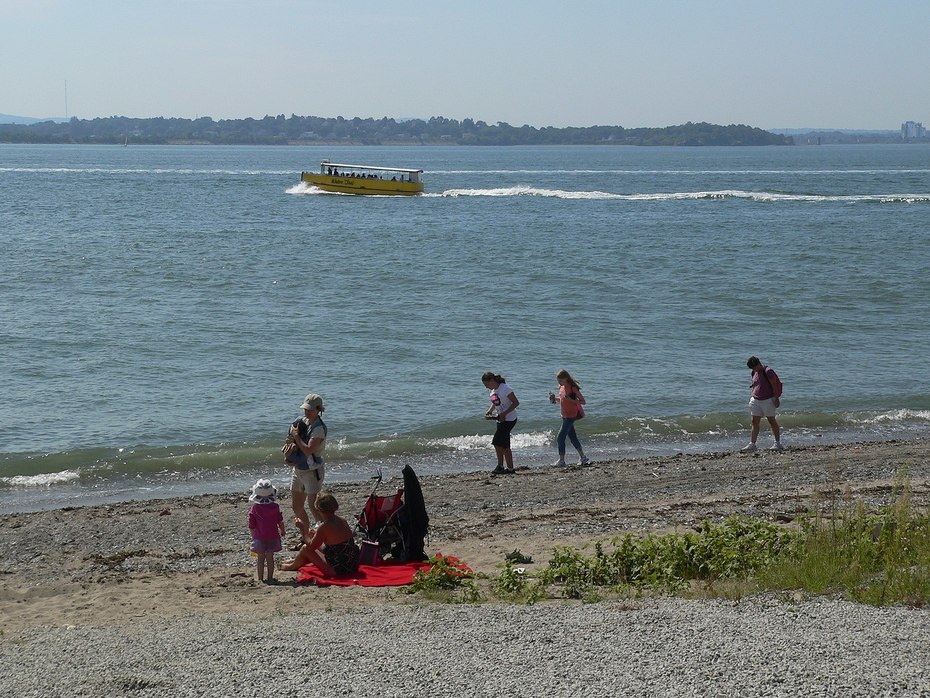 In Boston Harbor a 20-minute ferry ride from downtown's Long Wharf, this 114-acre island is a public park with a marina; visitor center with changing exhibits and a timeline of the island's history; a café; five miles of walking trails; and a lifeguarded swimming beach with a snack bar and especially known for its sea glass (discarded bottle and jars tumbled by the ocean into beautiful shapes).