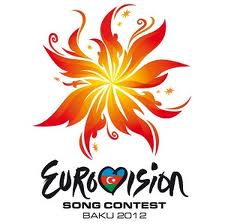 Where is Azerbaijan? Millions of people learned just that from the annual Eurovision song contest held this past Tuesday through Saturday and they were also in for a televised dose of the charms of a country few of us really know much about. You may recall this country  as one of the gaggle of republics set free by the breakup of the Soviet Union in 1991, but “free” is of course a relative term. For in all but two of the 21 years since, this land the size of  has been ruled by a dynastic dictatorship started by a moldy oldy from the bad old days, local Communist Party ex-boss Heydar Aliyev, and carried on since 2003 by Heydar’s little darlin’ Ilham Aliyev. Despite coup attempts and the hatred of a good chunk of the population, what keeps this corrupt, fairly ruthless régime propped up is oil, and swaths of capital Baku have become something of a glitzy monument to fossil fuels, complete with eight new five-star hotels in the last year alone (including a Four Seasons and just this month a Jumeirah), along with a good-size expat community that’s just happy to keep feeding at the trough.

When Eurovision fell into Azerbaijan’s lap by the 2011 win of the aptly titled tune “Running Scared,” the Aliyevistas decided to make the most of it, and ploughed $100 million into turning the extravaganza into a bid for a measure of respectability and a showcase for tourism. The tourism minister recently told Britain’s Financial Times that he’s hoping current annual tourism revenues of under $2 billion can be doubled within five years, and one big project that’s coming online by the end of 2012 is a ski resort up north expected to pull in 5,000 visitors a day in season. Plans are afoot to make applying for a tourist visa less of a pain (now you have to go to the nearest consulate) by putting the process online. 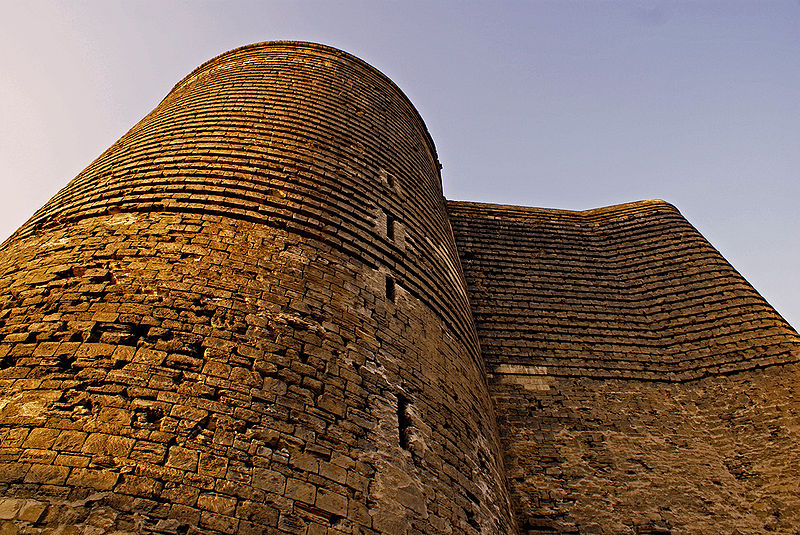 And in fact, politics aside, foreign visitors, who have nothing to do with any of the above, can find a whole lot in Azerbaijan to appeal and downright fascinate, because this country of 8 million on the Caspian Sea – it's about the size of Maine and a little bigger than Scotland – is home to a proud, ancient Turkic culture that has produced marvelous art and architecture to savor, including two UNESCO World Heritage Sites and a number of others which are candidates. It all starts with Baku’s ancient walled city, with landmarks such as the iconic Maiden Tower (left), with sections dating back as far as the 7th century BC. Another cool site is some 18 miles (30 km) outside of Baku: the “fire temple” of Ateshgah. This area gave rise to the country’s moniker “The Land of Fire” because here the country’s blessing and curse – petroleum – oozes naturally out of the ground and even catches fire (in fact, this made it sacred to the ancient adherents of the Zoroastrian religion, which was once big in these parts). Several miles farther out of Baku you’ll find Gobustan (right), with thousands of petroglyphs and rock engravings dating back to the Paleolithic. Add to these and a number of other impressive historic sites 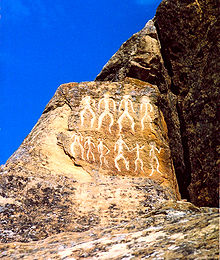 and museums the world’s highest number of different climate zones and Europe’s biggest biodiversity – which you can appreciate in eight national parks – and it adds up to an impressive amount of awesome in a small package.

As for any doubts you may have contributing your tourist dollars, euros, or whatever to an unsavory régime, well, it’s worth noting that this never seems to stop millions from visiting and sometimes even moving to places like China, Iran, Cuba, Vietnam, Nicaragua, Saudi Arabia, North Korea, etc., etc.  – and I say this as a Cuban-American whose family fled the Castro gang. Besides, remember most of the Azeris who make a living on the tourism industry are just warm, hospitable people who need to get by, too.